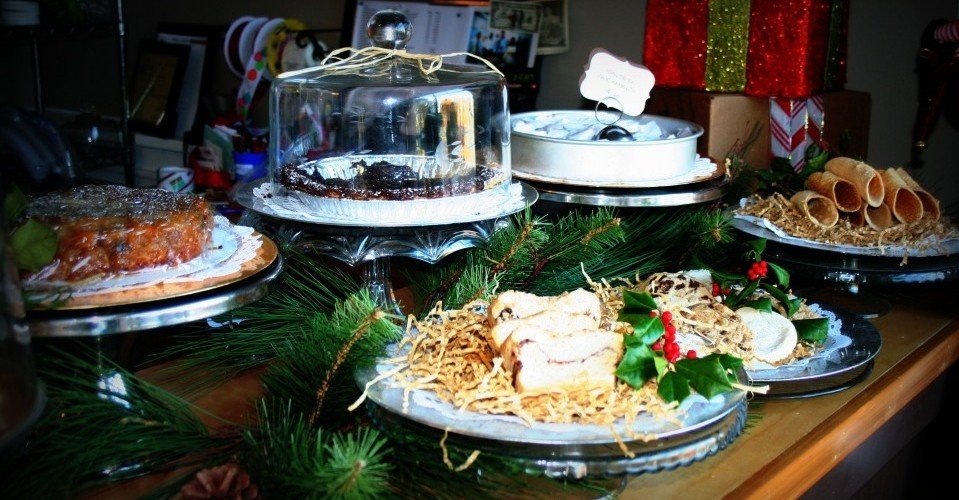 It’s the time of year when the grocery store shelves are wiped clear of canned pumpkin, everyone has a turkey de-thawing in their refrigerators, there are several cans of cranberry sauce in the pantry, and everyone is stressing about having a large group of family members over at their home. It is quite a lovely time of year.  Before you let the turkey tryptophan coma set in, think about sweets. What comes to mind when you think of Thanksgiving dessert?The Baked Dessert Café in Berlin (4 Bay Street) has been taking Thanksgiving dessert orders for several weeks. In anticipation of baking some delicious treats, the Baked Dessert Café staff has asked that most Thanksgiving dessert orders be placed by November 15th.

“We’ve had plenty of orders for pumpkin pies, pecan pies, pumpkin spice cakes, and sweet potato bunt cakes. We like to have to orders in early so we know exactly when to start baking everything,” said Robin Tomaselli, Baked Dessert Café proprietor.

The café, known for their all-natural confections, can also create some delicious sides for your dinner, too. Sweet potato biscuits with cinnamon maple butter, cranberry sauce, and caramel sauce will all add some oomph to any traditional turkey or ham dinner. For an appetizer, try some of Baked Dessert Café’s organic curry pumpkin soup with a pumpkin crumb muffin.

When asked about her personal favorite autumn dessert, Tomaselli answered,

“Ohhh… Pumpkin pie. I could eat it all year long. There’s something comforting and traditional about it.”

Many people agree. If pumpkin is something you crave, ‘tis the season. The Berlin Coffee House can add to any pumpkin-lovers fantasy.

The gingersnap pumpkin ice cream is made locally by Chesapeake Bay Farms and is a best seller at the coffee house (17 Jefferson Street).  The quaint and cozy coffee house has several dessert drinks on their menu this season. Adults can enjoy a hot and steamy gingerbread latte while children sip on mint hot chocolate, whipped cream included.

“We are closed on Thanksgiving, but open at 7 am on Black Friday,” said Hagy.

Before, after, or during Black Friday shopping in the Berlin area, remember that the Coffee House is the place to go for pumpkiny hot dessert drinks.

Have another kind of dessert drink in mind? So does The Pour House in Ocean City. They’ve been working on mastering a drink called “Thanksgiving Dinner”.

“Actually, it’s more like dinner and dessert in one small glass,” she added.

The Pour House (501 S. Baltimore Avenue) has become known for their crazy seasonal concoctions. Last month, it was the Pumpkin Roll – kind of like an Irish Car Bomb but consisting of Blue Moon Harvest Moon beer, a pint glass, and a mixed shot of Rum Chata and Gold Schalger. The Pumpkin Roll was just a drop it-and-chug kind of drink. The October drink of the month sold out quickly, leaving the Harvest Moon kegs kicked.

The bartending team knew that they had to step it up for November – That’s where the dinner dessert shot comes into the picture. The Thanksgiving Dinner shot consists of American Honey Wild Turkey, cranberry juice, and a gravy-rimmed shot glass. Hanstske came up with the shot and is very excited to start serving it to Pour House visitors. Want to try to make this shot? For the Thanksgiving Dinner shot recipe, check out the Shorebread Bread Box.

Whether your taste buds are asking for a sweet pumpkin baked good, cold pumpkin ice cream, hot pumpkin drinks, or a chilled turkey-inspired alcoholic beverage, our local businesses have Thanksgiving dessert covered. Enjoy the fruit of the season while it lasts–in every food form imaginable. 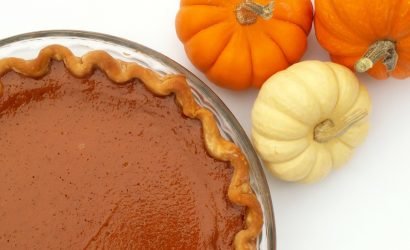 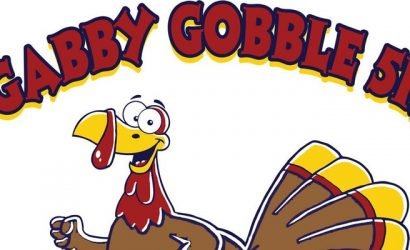 Dog Show Top Dog: Denise Milko Behind the Ring, and What it’s Like to Raise a Champion