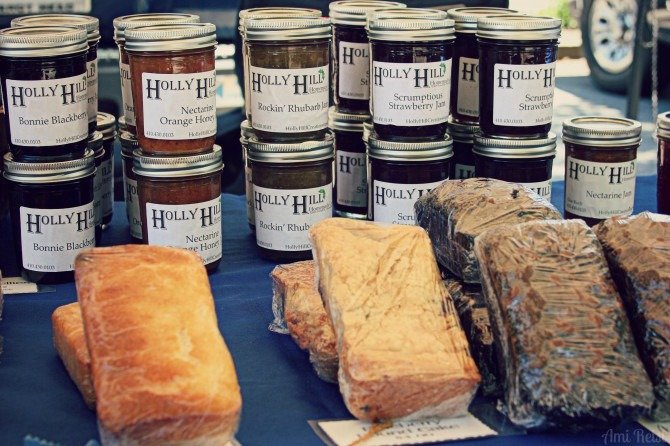 “I’m looking for mushrooms. Big ones,” said a market shopper to Elise as she overlooked the Holly Hill Homemade baked goods spread across the table covered in a deep blue table cloth.

Elise reached in a box behind her and pulled out two mushrooms.

The woman walked away with one pound of some of the largest Portobello mushrooms that the Eastern Shore can produce – freshly picked earlier in the week. Holly Hill Homemade had given a customer exactly what she was looking for.

While watching the interactions, many just like the one mentioned above, take place at Holly Hills Homemade Goods, you’d get the feeling that Elise Koch Jett has been working at the farmer’s market since she was a youngin’. She’s a very welcoming woman who says hello to every shopper, smiles and chats with her customers, and is an individual whom everyone seems to know by name. Elise and Holly Hill Homemade Goods have become a must-visit at the market over the past few years.

It wasn’t too long ago that Elise realized that working a Monday-Friday, 8 am – 5 pm, job just wasn’t working for her. She was feeling uninspired and unsettled with her career. While baking some delicious treats in her kitchen one night, Elise came to realize that she’d be much happier doing something that she really enjoyed, really had a passion for, and really wanted to master. She started baking; not just for fun but as a career.

For sale are other items, too: fresh fruit pies, pet treats, gluten free snacks, local honey from Back Street Apiaries, and tea from Habanera Farms in Tyaskin, MD.

Plan a visit to see Elise and Maggie at the Holly Hill Homemade Goods stand at the following Eastern Shore farmer’s markets: 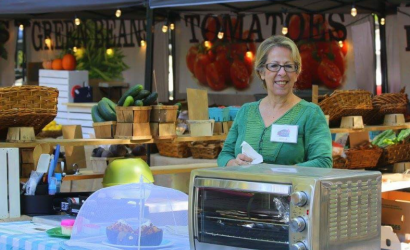