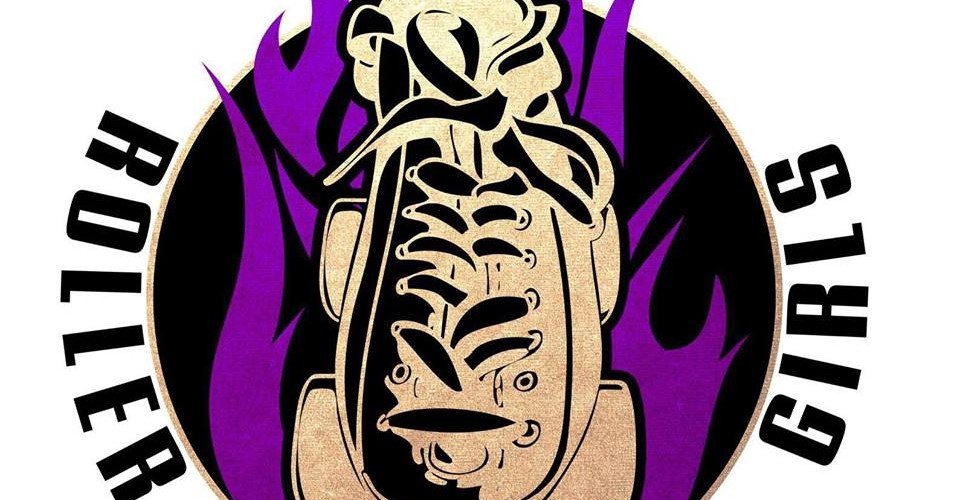 It’s been said that you learn something new every day. Well, this past weekend ShoreBread took a foray into the exciting world of roller derby and got seriously schooled as we watched the Salisbury Roller Girls battle it out against the Dominion Derby Girls Sunday at Mitchell’s Martial Arts.  We quickly realized that the sport consisted of much more than skaters racing around the rink using some minor elbow nudging to help get to first place. Boy were we wrong.

For those of you who aren’t as familiar with roller derby, here’s a rundown of the sport. In each thirty minute half, there are several two minute plays called “jams.” In each jam, there are two teams of five players on the rink at a time. One player on each team is called the “jammer,” who wears a star on her helmet. These players try to break through the crowd of other skaters, called “blockers,” who use force to try to hold back the opposing team’s jammer.

If the jammer does make it through the gauntlet of shoving and pushing, she earns one point for every opponent that she passes. Once ahead of the crowd, she skates around the rink as fast as she can to enter the rowdy pack of skaters once again to try and score more points. The first jammer to break through is called the “lead jammer” and she has the power to end the jam, signaled by tapping her hips. By ending the jam before the two minutes is over, she can stop the opposing player from scoring more points.

There is also one “pivot,” on each team per jam, who wears a stripe on her helmet. This player is a blocker but has the power to become the jammer if needed. There is also a penalty box, where players are sent by referees for one minute intervals for minor offenses. Ironically it was pretty difficult for us to decipher what an actual penalty was considering there was more than enough rough housing going on at any given time. Spectator Emily Campbell likened the sport to “football on wheels, without the tackling but all the roughness, and way more fun.”

The culture surrounding roller derby is just as exciting as the action in each jam. Each player has a nickname that they use while on the rink. We picked up on most of the nicknames as they were being shouted by announcers with some serious gusto. Names such as “Bipolar Barbie” and “Point-Setta” were a few favorites of the day. Players also try to exemplify the character portrayed by their nickname with make-up and tattoos.

The competition began with a rough start. Within the first few jams, a member of the Dominion team was sent to the sidelines for the remainder of the game due to injury. Campbell summed up the experience perfectly, “it’s thrilling because you can definitely get hit.” For the rest of the half, Salisbury remained on top, with jammers “Buster Skull,” the team’s coach and president, and “Lex-ecution” looping around the rink to score points.

Half time featured members of Mitchell’s Martial Arts who demonstrated a variety of impressive skills. Performers also used weapons such as numb-chucks in their demonstration.

For the second half of the derby, there was more shoving, followed by skating, and well, more shoving. It was slightly surprising that no fist fights broke out, but these girls are pros after all. Jammers also displayed impressive jumping skills that they used to maneuver around the pack of blockers. At one perfect moment, a jammer jumped over part of the inside rim of the rink, and landed on the other side of the pack.

Nearing the end of the half, the Salisbury Roller Girls looked like it had a comfortable lead. However, a nail-biting finish provided an exciting ending. Because of a referee call, Salisbury’s jammer was sent to the penalty box for the remainder of the final jam. The Dominion Derby Girls saw this as their opportunity to score and did not let it slip away. The Jammer, “America the Bootiful” had begun to make her presence known during the second half. She raced around the rink three times, the third time with some obvious difficulty, racking up enough points to win. The final score was 156-171 with a bit of an upset for the Salisbury Roller Girls.

With the end of the match, the intensity soon subsided and was quickly replaced with smiles and camaraderie as members of both teams shook hands with each other and with members of the audience. As for ShoreBread, we may not be lacing up our skates anytime soon but we will certainly be back to cheer these girls on again.