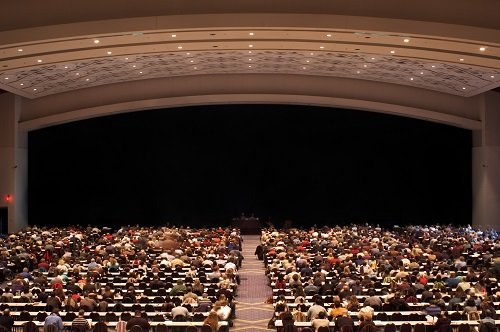 If you went to Stephen Decatur High School in the last forty years, you know a teacher by the name of Ms. Lehman. Maybe you were in her highly sought after drama class, maybe she was just your homeroom teacher or maybe you just passed her in the hallway… but nevertheless, you’ve heard the name and you know how prominent she is in the Worcester County Public School System. Now, she is getting even more recognition, a local graduate of Stephen Decatur is producing a documentary of the profound woman.

Gwendolyn Lehman started her high school teaching career in 1969, where she fell in love with the small town of Berlin, Maryland and taught English and psychology. After just two years at Stephen Decatur High School, she began to write a theater curriculum for the school. After more than forty years, her curriculum now includes courses in Introduction to Theater and Theater Production, which is now one of the most popular classes to take. Many students join theater their freshman year, and by the time they are juniors and seniors have been under her wing for over two years, resulting in great training, a wild imagination and a passion that runs deep. Under Ms. Lehman’s direction, the class produces four productions each year with the Intro to Theater class producing two shows a year. Her most impressive accomplishment? The children’s theater. YES, even we remember attending in our elementary school days. It’s now in it’s 30th year, and draws over 9,000 local children and produces 18 shows in just under two weeks. The Annual Children’s Theatre is free of charge to children grades Pre K-6 in the tri-county area and brings students in from over forty schools. Each of these scripts is handwritten by Ms. Lehman.

Some of the awards Ms. Lehman has:

1984: Maryland Drama Teacher of the Year

1991: Worcester County Teacher of the Year

1992: Outstanding Arts Educator by the Maryland Alliance for the Arts in Education

1997: Governor’s Award as Outstanding Arts Educator for the State of Maryland

To date, Ms. Lehman has written more than forty plays, including adaptions of A Midsummer Night’s Dream, Romeo and Juliet, Shakespeare Under the Stars, Little Red-Riding Hood, Rumpelstiltskin, Jack and the Beanstalk and the Pied Piper of Hamelin. During the first two weeks of December, it’s go time. Eighteen performances during this time are put on for 10,000 children in the area… what a sight to see! This year’s production? “Lazy Jack.” Frostburg State University Professor, Annie Danzi, and five of her mass-communication students have spent the last couple of weeks filming the production, a look behind the scenes and so much more. They are hoping to complete a 53 minute final product documentary that will air on Maryland Public Television.

Will you watch the documentary? You can bet we will!

Paying it Forward: ShoreBread Tips for Giving Back this Holiday Season on Delmarva