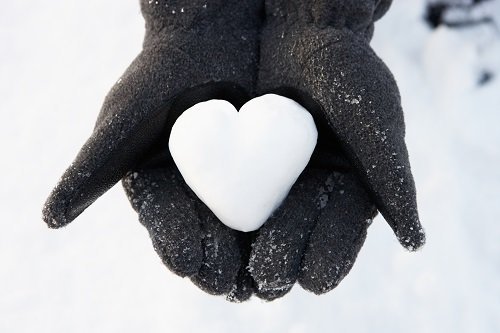 The weekend isn’t forecast to be as beautiful (or nearly as warm) as last weekend, but there are plenty of events to keep you warm and busy. And for those of you lucky enough to have off of work for President’s Day, you have a three-day weekend ahead of you! Whether you’re planning a weekend full of romance, or just looking to get out of the house for a little wintertime fun, there is something for everyone to enjoy this weekend. Just take a look!

We love any event that supports a local community member, which is exactly what LOVEFEST seeks to achieve. Set for this Friday at the Pour House in downtown Ocean City, the musical event is a fundraiser for local musician Mike Armstrong, who is currently battling renal cell cancer. The event will include five live musical acts, a silent auction, 50/50 raffle, dancing, and more, with a suggested $10 donation at the door.

It’s promising to be the sweetest arts stroll yet in Berlin, with a pre-Valentine’s Day date night or great food, sweets and shopping. Indulge yourself in Berlin, and all that the retail stores, restaurants and sweet shops have to offer. Stores and restaurants will feature sweet treats, along with artists and artwork. Stop in the Visitor Center and enter to win the LOVE Berlin Basket, valued at more than $500.

Irish Eyes Pub and Restaurant is going to the dogs once again this year, hosting the annual Barkfest Yappy Hour! The event takes place on the restaurant’s heated porch and is for dogs and people who like to “yap.” It’s a terrific opportunity for pets and their owners to mingle while enjoying delicious food and refreshing drinks. Give the Mutt-tini, Cat-atonic, or the Bark-tini a try! Irish Eyes donates 10% of their total food sales for the entire day to the Delaware SPCA in Georgetown. The SPCA will also be in attendance, hosting a ‘fill the van’ for people to donate blankets, sheets, pet food, kitty litter, toys, dog bones and bleach. There will also be a 50/50 raffle, with proceeds benefiting the SPCA. All dogs should be on a leash with one dog per one handler.

Assateague Island Presents: For the Love of Birds!

Join Assateague State Park and the Maryland Conservation Corps at the Assateague Island Visitor Center for a free, fun focus on our fantastic feathered friends! The Maryland Conservation Corps will present “Scales and Tales.” The 2015 Great Backyard Bird Count will also be underway. Pick up a bird list at the Visitors Center, count birds for at least 15 minutes, return your list, and you’ll be entered in the official count at ebird.org, a citizen-science website for the Great Backyard Bird Count.

Representatives from local companies that are cultivating and raising oysters will be on hand to shuck, serve, and educate. The Oyster Restoration Project will also be available to answer questions and discuss local oyster initiatives. Both Flying Dog and Evolution will be featuring craft brews made with oysters. Also included are ribs, chicken, and live entertainment courtesy of Pressing Strings. Tickets are $39 in advance and $44 at the door.

The Seaside Boat Show returns to Ocean City, MD with 350 boats, 50 boat dealers, and 140 exhibitors. This year will mark the 32 year for the event, which is held each year at the Ocean City Convention Center. Show hours are: Friday, 11am-7pm, Saturday, 10am-7pm, and Sunday, 10am-5pm.

The Hour of the Owl at Pocomoke River State Park

Pocomoke River State Park is hosting The Hour of the Owl this Saturday, starting at 5pm. Participants will embark on a hike through the woods at dusk to listen for the hoots of owls. Participants will also learn about the great night hunters and their role in our natural habitat here on the Eastern Shore. Call 410-632-2566 for reservations or for further information.

February 13-14 at the Art League of Ocean City

Our friends from the Brown Box Theatre Project return to the Ocean City Center for the Arts this month, with a two-night performance of ‘Echoes,’ a play written by N. Richard Nash and directed by Kyler Taustin. You most likely know Brown Box for their free Shakespeare in the Park series that is performed across Delmarva every year at the end of summer. The traveling theatre group is based out of Boston, but brings shows to the Eastern Shore as often as they can. Tickets are $25 per person.

Rehoboth Beach Main Street is bringing Mardi Gras to you with their Downtown Gumbo Crawl! 12 restaurants will be participating – simply purchase your $5 voting ballot and taste at least 5 different gumbo samples. Cast your ballot for your favorite gumbo by 5pm. The winner will be announced at The Purple Parrot on February 17 at 8pm. Participating restaurants this year include Café Azafran, Dos Locos, Fins, Hobos, Lula Brazil, Mariachi, Mixx, The Pond Bar & Grill, Purple Parrott, Papa Grande’s, Rigby’s, and the Seafood Shack. Ballots can be purchased in advance or the day of the event in the participating restaurants (except Papa Grande’s).