One of the perks of living in a historically rich area is the whisper of paranormal activity that reverberates across the Eastern Shore. Ghost stories, ghost walks, ghost hunters…if you do a quick Google search or a little perusing on social media, you’ll find that Delmarva is in fact overflowing with paranormal enthusiasts. Of course our interests our always piqued by notions of the paranormal, so when Aleta Davis (Chair for the Board of the Friends of Poplar Hill Mansion) contacted us about the publication of her recent book on the paranormal activity at Poplar Hill Mansion, we scheduled an interview.

“We have had mediums from all over the county, internationally actually, that have come to the house and everyone sees pretty much the same things in the house…which was corroborating what was happening in the house for us,” Davis said as we walked through the historic Salisbury home. For those of you not familiar with Poplar Hill Mansion, the federal-style house was built in 1795 (thought it wasn’t completed for several years) and was home to Dr. Huston and his wife Sarah and later, the Waller family, who lived in the mansion from 1882 to 1945. The City of Salisbury has owned the property since 1974 as a house museum in public trust.

Davis has been working with the Friends of Poplar Hill Mansion for the past seven years, during which time she and other volunteers have witnessed a number of hair-raising incidents, including being witness to several mediums experimenting with EVPs in the house. In one instance, an EVP recorded a child saying “mama, are you there?”

According to Davis, she has spent many years saying that she would write a book one day, but it wasn’t until she felt a strong pull from the house that she gave it serious thought, buckling down and writing with conviction until it was complete. “This book really flowed because it was an accumulation of everything that has happened here over the last seven years.”

While we don’t want to spoil any of the findings, facts, and stories from the book (which is available for purchase at Poplar Hill Mansion) we will say that many of the mediums who have been to the house, including a medium from Portugal, found that the spirits they were feeling, or hearing, or seeing were of Dr. Huston or the workers who lived in the house over the years. For example, hearing the sounds of women talking and laughing in the basement, or seeing the image of a man (likely Dr. Huston) coming down the staircase. “This is the first true account of everything that has been happening at Poplar Hill for the past 100 years,” said Davis.

Davis has not been deterred by the idea of the house being haunted, in fact, she feels quite the opposite. “People think that because you have a spirit energy in the house that it is haunted, but you don’t have to have negative hauntings to have spirit energy alive and well in a house. It’s not scary creepy, it’s a creepy in the fact that…wow, this is happening,” explained Davis.

Davis also asserts that everything outlined in her book is 100 percent true. “It was important for us to put all of the pieces together for what we’ve experienced here. I hear so many people that make things up in their houses, which diminishes houses that really do have spirit energy,” said Davis.

For more on Poplar Hill Mansion or to purchase ‘Spirit History of Poplar Hill Mansion,’ pay a visit to the Mansion for their free tours, available on the 1st and 3rd Sunday of each month from 1-4pm. Private tours are also available and can be scheduled anytime by calling 410-749-1776. And stay tuned for news of an upcoming Salisbury ghost tour with stops at the Mansion this fall! 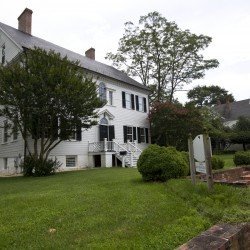 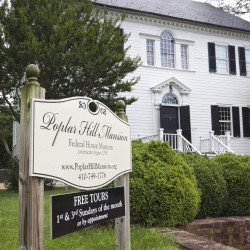 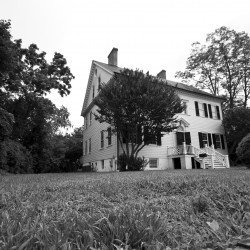 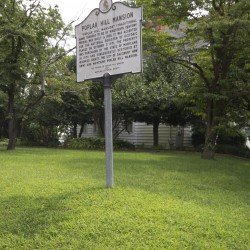 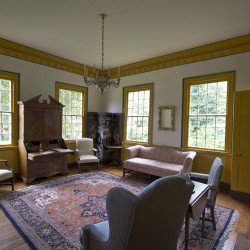 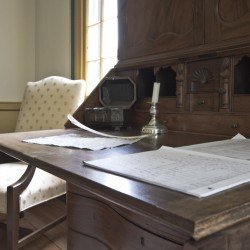 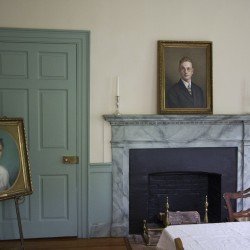 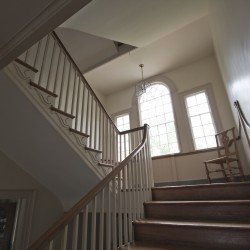 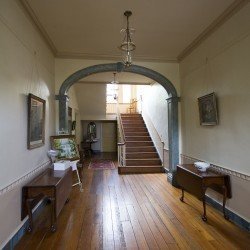 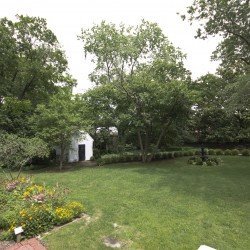 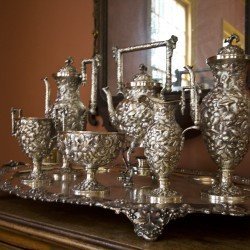 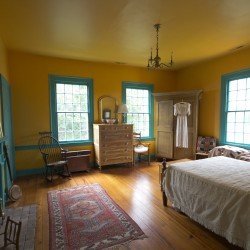 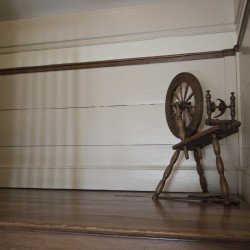 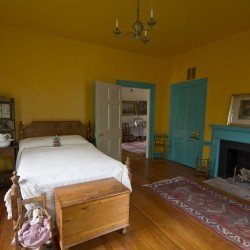 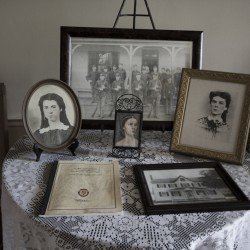 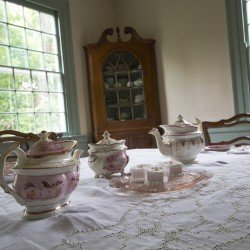 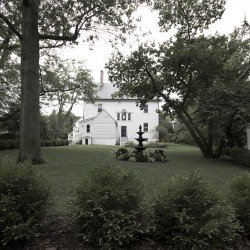 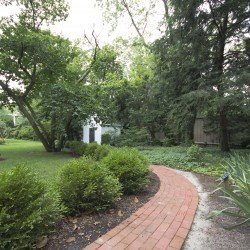 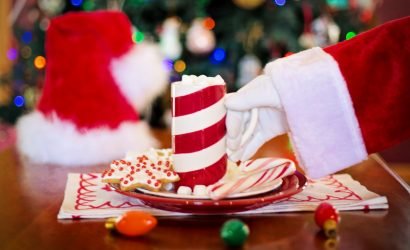 Tea with Santa and Mrs. Claus at Poplar Hill Mansion