As a steadfast friend of small businesses, we were equal parts thrilled and disheartened to hear about the trademark trials and tribulations that local apparel company Earth Travel Apparel has endured for the past two years. Thrilled because they ultimately reached an amenable agreement, but disheartened to see a small business face setbacks from a larger corporation, a practice that is commonplace when it comes to trademark disputes.

“It makes it imbalanced for the smaller companies to have a fighting chance,” said Earth Travel co-founder and co-owner Blaire Virden. We sat down with Virden to learn more about their struggle to maintain their name, Earth Travel Apparel, a battle that has taken them over two years to finish. As of April 6, 2016, Earth Travel Apparel is officially trademarked following the Trademark Trial and Appeal Board’s dismissal of the opposition against their trademark on February 23, 2016.

Rewind to February 2014 when Earth Travel Apparel, a small apparel business built on the concept of a brand community that welcomes local craftsman and artisans, applied for the standard character trademark. Just one month later, Virden and partner Jeffrey Chadwick received a cease and desist letter, which for a small business operating on a shoestring budget, spelled doom. Meynard Design Inc. opposed the trademark because the use of the word ‘Earth’, as Meynard sells shoes at a well-known megastore with the word ‘Earth’ on them. Despite the fact that Earth Travel Apparel does not sell shoes or shares any other similarities with Meynard, the case moved forward. “Our return letter emphasized that we are a small business funded by friends in the community and what we as owners had poured into our dream.” Virden and Chadwick also pointed out the financial burden that the opposition would create for the small business. Nonetheless, the case continued, with Meynard using various 30 to 90 day extensions to prolong the process.

Despite having their hands tied legally, Virden and Chadwick were determined to keep their dream alive. The pair decided to get creative, investing their time and efforts into growing the branding, graphic design, and print aspects of their business. “In fact, it grew so much that we repositioned it as a subsidiary of Earth Travel Apparel, called Chadwick Creative,” explained Virden, who has managed to find the silver lining in the opposition. “It actually allowed us to take bigger risks within our company,” she said, noting the creation of Chadwick Creative as well as the new artisans and bands that they have brought in through branding and graphic work. “We didn’t want the litigation to affect us in any way. It really challenged us to dig deeper into what we do and to identify the value in what we do. It was really up to us to find other avenues.”

While Virden and Chadwick feel fortunate that they were able to get creative, push through, and obtain an incredibly talented intellectual property lawyer, the situation opened their eyes to the numerous other businesses that struggle, and often lose their businesses, as a result of litigation from large corporations. “We talk to other small businesses all the time and a few of them have been shut down,” said Virden. “If you’re a small business owner with a family than you can’t afford to keep pushing through like we did. The corporations can afford to have a lawyer whose job is to scan trademark applications, find small businesses with similar names they find a threat, and do everything in their power to drain their business and force them to back out of their trademark application. We realized that this isn’t just us.”

Virden was adamant that they aren’t necessarily against litigation or the democratic process of trademark opposition, but rather that they feel that their needs to be a better defense for the little guy, particularly when something as small as font style can result in a cease and desist. Or as is the case with Earth Travel Apparel…tagging their company for ‘consumer confusion’ for a product that they didn’t even carry. “At what point is it an equal playing field” questioned Virden. Ultimately, an agreement was reached, but not without a pile of legal bills. “In the end we are just thankful that we have the company.”

In celebration of their officially trademarked name, Earth Travel Apparel will be throwing a Trademark Party at The Alibi Room in Ocean City on May 21! “We really just want to speak and tell the story of who the brand is. We’re here and we welcome everybody,” said Virden, adding “It really makes things easier when everybody supports each other.” The event will include live music, discounts, and a preview and chance to shop the summer collection. Join the entire Earth Travel brand community for good music, new fashions, and a celebration of small businesses thriving. 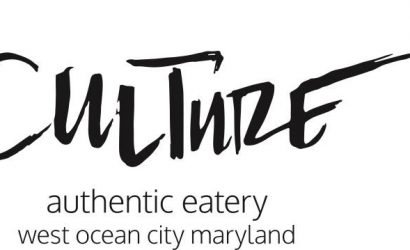 Culture In West Ocean City Does It Again!