Each year, April 22 marks Earth Day and the anniversary celebration of the beginning of the modern environmental movement. Earth Day 1970 came to fruition after founder Gaylord Nelson (then a US Senator from Wisconsin) witnessed the environmental devastation caused by the 1969 massive oil spill in Santa Barbara. On April 22, after the combined efforts of numerous organizations, 20 million Americans took to the streets to demonstrate for a healthy, sustainable environment. That first Earth Day was special for a number of reasons, but most notably for the simple fact that people put aside their differences, whether it be political or socio-economic, for a shared common concern for the environment. The first Earth Day also led to the creation of the United States Environmental Protection Agency and the passage of the Clean Air, Clean Water and Endangered Species Acts.

Today, the fight for a clean environment continues and is arguably more important than ever. Living near the beach, the bay and amongst woodlands and farmland makes environmental awareness all the more important for Eastern Shore locals. Protecting our local environment should be a priority for us every day here on the Eastern Shore, with Earth Day serving as a reminder of the efforts of all of those before us. This year, honor Earth Day by getting outside, celebrating and appreciating the past, present and future of our Earth. In honor of our local Earth Day celebration, we’ve rounded up a few local Earth Day on Delmarva events to consider:

One of the best ways to celebrate Earth Day is to simply get outside and enjoy all that our local, natural environment has to offer. In honor of Mother Earth, National Park Week, AND the 100th Anniversary of National Park Service, Assateague Island National Seashore will offer free admission from April 16 to April 24. There are also a number of Ranger Programs to participate in during National Park Week, including a Beach Clean Up on Earth Day (Friday, April 22). Join the Rangers at the Life of the Dunes Nature Trail at 10am for a one hour beach walk/clean up. Trash bags will be provided. On Saturday, there are three programs scheduled throughout the day, including Design Your Own Assateague Horse, #FindYourMarsh at Cold Ferry Landing, and #FindYourParkInstaMeet Photo Walk. Round out National Park Week on Sunday with a Life on the Edge Beach Walk at 1pm. For more details on this week’s National Park Week and Earth Day events, click here.

Bring the whole family out to the Life-Saving Station Museum at the Delaware Seashore State Park this Saturday for a one-hour Earth Day celebration. Children will assist with a beach cleanup followed by an upcycling craft. For the adults, a park naturalist will lead an informative session on coastal natives. The event starts at 9am.

Delmarva Birding weekend celebrates the spring migration of thousands of warblers, shorebirds, waterfowl and raptors with a weekend full of boat trips, paddling treks and expeditions by foot. Birders are encouraged to remind local businesses that they are here to enjoy Delmarva’s natural areas and the birds that inhabit them. Through low-impact tourism, you can help promote bird and habitat conservation while celebrating Earth Day. For more details on this year’s Delmarva Birding Weekend, visit delmarvabirding.org.

Meet at the Nature Center Building at Shad Landing for this FREE event. Garner ideas for projects to begin at home, such as creating a compost bin, attracting animals to your backyard, and recycling. The event starts at 10am.

Zenna Wellness Studio, located in Berlin, invites you to join them in their 1st Annual Earth Day Celebration! The yoga, film and pot luck event starts at 6:30pm with the combined talents of four instructors and musicians who will bring you through a yoga and meditation session. Afterwards, enjoy the 11th Hour, a film directed, produced and narrated by Leonardo DiCaprio about how we can help Mother Earth. The film starts at 8:30pm – feel free to bring a pot luck item as well! A minimum donation of $10 is required, with 70% of proceeds going to local environmental organization that is soon to be announced. This event requires registration – call 443-373-7069.

In honor of Earth Day, this week’s farmers market at Urban Nectar will showcase local, recycled art. Meet the artists and learn how they used recycled, repurposed, and reused mediums for their works of art. Dozens of artists will be featured, including Marc Emond, Tom Allen, Bonnie Preziosi, Alex Mitchell, and Kristin Mallory Hooks, to name a few. The market runs from 3pm until 6pm in front of Urban Nectar in Berlin (across from Burley Oak). 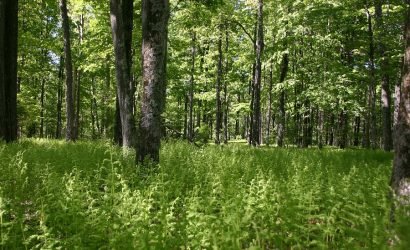 Arbor Day on the Eastern Shore 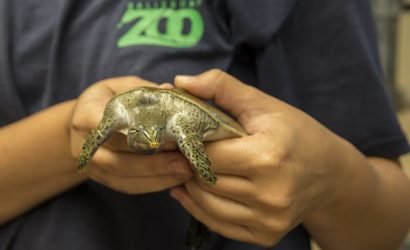