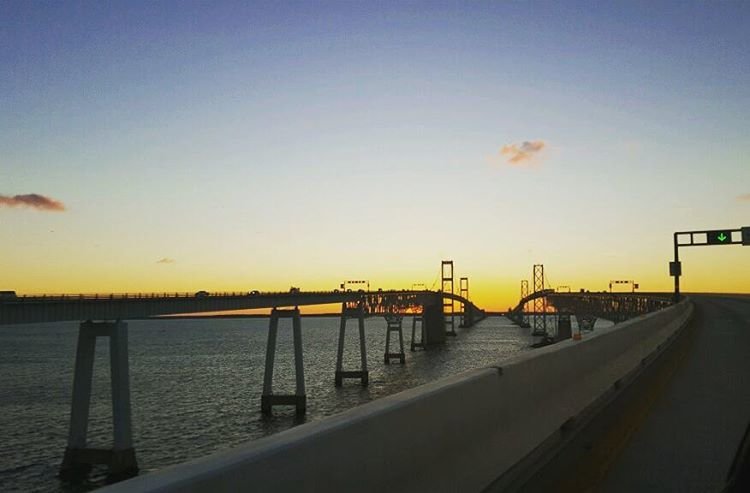 In preparation for our journey across the Bay Bridge in t-minus 22 days (but who’s counting?), we wanted to know why others have chosen to be a part of this amazing event. Of course, we have our own reasons, but we knew that there was more to it. We were lucky enough to find four awesome women who chose to share their stories with us.

This will be Ginger’s third year as a participant in the #BeatTheBridge challenge, but she joined the challenge for a reason that you may not have guessed.  Driving across the Bay Bridge made Ginger terribly nervous. Ginger’s words exactly, “I was a white knuckle driver making the trip so I looked the bridge right in the eye and said that I will conquer it.” And conquer it she did! Double bonus, Ginger has been able to collect the medals from each race which, when complete, will link together like puzzle pieces. “I can’t wait to see what the finished puzzle looks like,” added Ginger. When asked if she will be running or walking this event, Ginger said that she will be running the best that she can. Since having kids and enduring a busy life with said children, she hasn’t been able to run in organized races like she used to. She is also in training for her first half marathon in February. Go Ginger! “I enjoy running and this event is a one of a kind event. The view from the bridge is spectacular and because of this event, I no longer have that bridge anxiety that I used to have.” Yes, this event truly is one of a kind and we look forward to welcoming Ginger to the finish line!

Kelsey is our next runner who, like most runners, looks at this event as an opportunity to check another goal off the bucket list. Kelsey ran the Bay Bridge race in its first year, 2015. Now living in Northern Virginia, Kelsey grew up here at the beach and the Bay Bridge is a road that she frequents when she travels back home. When Kelsey heard about this event in 2014, she thought “how cool would it be to have a different perspective.” At the time, Kelsey was an avid runner and she knew that the month of November made for the perfect running weather. It was a win-win! “It has just been kind of cool to say I have run over the Bay Bridge! Not a lot of people can say that.”

Amy first signed up in 2015 and has signed up for this November to yet again enjoy a brisk walk/run across the Bay Bridge for no other reason than walking across the Bay Bridge is super cool. I mean seriously, when else do you get a chance to do this other than the Across the Bay 10K? And then, something interesting happened. Call it fate, call it coincidence, or maybe even just chance, but “during last year’s run, we had nearly perfect weather.  It had been about 6 months since my father died.  He and I both loved running and ran a number of races together.  All through the morning of the race I kept thinking how my dad would have just loved it.  During the run, a man (who sounded and looked a little like my dad) runs past and calls out “isn’t this great?!  Aren’t we lucky to be running across the bay bridge!” It was something my dad would say and it made me feel like my dad was somewhere out there enjoying the day with me too,” Amy told us when asked why she chose to participate in this event.

We know a group of new moms who will definitely relate to Shelley’s story. Shelly is somewhat new to our area after relocating from North Carolina, where she used to run the Cooper River Bridge Run 10K. After moving to the area in 2014, she had her first baby, Lucas, in September and didn’t think it was possible to participate in the first year after having just given birth. Shelley told us that “thankfully, I managed to find a tiny amount of time during the next 18 sleep-deprived months to prepare (sort of… it definitely wasn’t my best race) for the Bay Bridge run in 2015. And this year, with more sleep and another year under my belt (and Lucas’ belt!), I am really looking forward to this! Lucas is also signed up to join the 2016 Kid’s Run that will be held at the Navy-Marine Corps Memorial Stadium on November 5th. “Lucas is only 2, so I don’t expect him to run more than a short distance, but I think this is a great way to introduce him at an early age to the idea of fitness.” When we asked Shelley why she chose to participate in this event, her number one reason was pure motivation. “This race is providing me with the most motivation to get out there and run again. Between work and being a mom and wife, I don’t have a lot of free time. This year, my goal is run the entire race. I’m training better and smarter, and I’m really excited because this race is going to prepare me for a great race season in 2017, in which you can bet I’ll be back on the Bridge!”

For your chance to join the movement, sign up today and #BeatTheBridge! 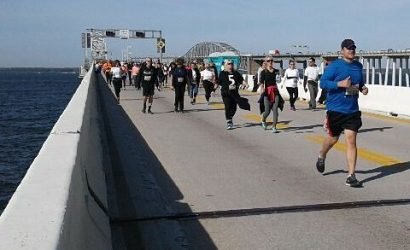 Across the Bay 10K: The Recap 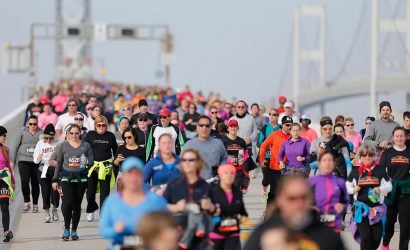 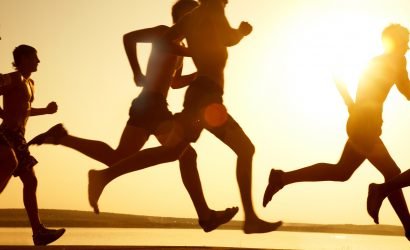