The Selbyville Middle School Robotics Team recently competed at the Delaware state championship in the VEX Robotics Competition on February 11th. The VEX Robotics Competition involves more than 16,000 teams from 40 countries taking part in more than 1,350 competitions around the world. After a 12- to 14- hour competition, during which their parents showed their support by fueling them with drinks and snacks, three local students from Selbyville Middle School had won the Excellence Award, qualifying them to go to the VEX World Competition in Louisville, KY.

The winning team consists of two sixth-graders, Kaitlyn Johnson and Evan Carpenter, and seventh-grader, Kendall Coleman. The group made the winning robot entirely on their own. After dismantling their previous robot, the team found out they would be competing the following weekend. With no robot to use, they had to create their new robot in a mere four hours in order to compete. The lack of time didn’t phase this team as that robot ended up winning the tournament.

The Robotics Team is an extracurricular club so they do not receive an operating budget. So, the team has turned to the community for donations in order to make it possible for them to attend the tournament. The team says that any donation to help offset the tournament and travel costs would be helpful and donations are tax deductible.

The school has also requested that, if paying by check, please include a license number and phone number.

Thank you to Robotics Team parent, Scott Carpenter, for sharing these photos with the ShoreBread team! 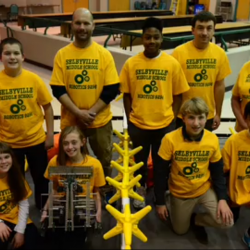 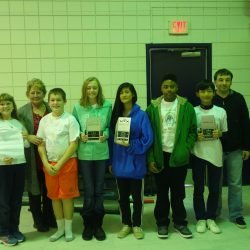 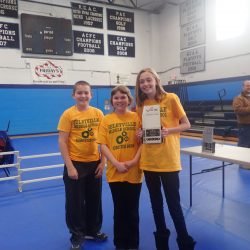 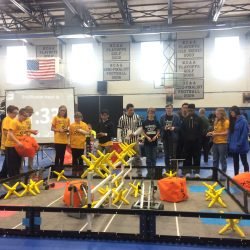