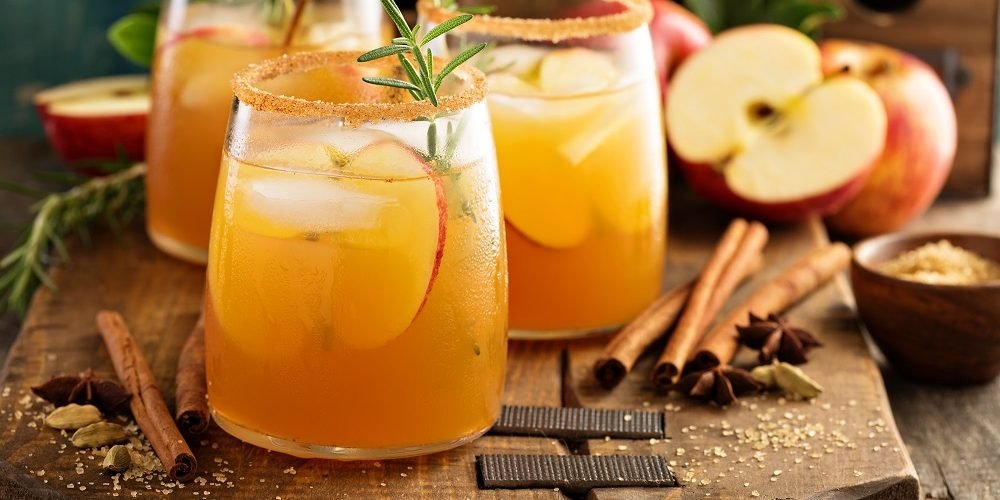 With football season in full swing, it’s time for baking buffalo chicken dip, grilling out and making fancy, fall-themed drinks to share with your family and friends! We’ve collected some recipes for a few of our favorite drinks during the autumn season that will fit perfectly with the falling temperatures and crisp coastal air.

Combine 1 bottle of white wine, 1 bottle of sparkling apple cider, ¼ cup of caramel syrup and 4 freshly chopped apples just picked from the trees of nearby local orchards. This is the perfect drink for this time of year, when the weather is a little warm for sipping on apple cider, but just right for that caramelly fall taste.

If you want to use those freshly picked apples to add a finishing touch to your drink, this one is a must! You’ll need 1 cup of sparkling cider, 1 cup of moscato, 6 oz. of Vanilla Vodka and ¼ cup of cinnamon sugar. Rim the glass with juice from an apple slice and cinnamon sugar, combine the liquids and then add apple slices and cinnamon sticks for garnish.

Made with ½ gallon cold apple cider, 1 (15 ounce) can pumpkin, 12 ounces cream soda, 1 teaspoon pumpkin pie spice, and 1 cup of Everclear. This one has inviting smells and tastes that are perfect for the fall season.

From Tito’s Handmade Vodka itself, this drink leaves a lemony taste in your mouth. Combining 1 ½ oz. of Tito’s Vodka, 1 oz. of honey, 10 leaves of rosemary, 6 leaves of basil and freshly squeezed lemon, garnish this cocktail with a sprig of rosemary and serve!

Whether it’s to cure a hangover or satisfy your tastebuds, this Bloody Mary is unlike any other. Mix 16 oz. kimchi, 46 oz. tomato juice, 1/4 cup Sriracha sauce, 2 tablespoons of Worcestershire sauce, 2 tablespoons of sherry vinegar, salt and pepper, 16 oz. of vodka, ice and mint sprigs for garnish. Not a fan of Kimchi? Use George’s Bloody Mary Mix, originated from Ocean City!

If liquor and fancy cocktails aren’t for you, we recommend Fin City’s Captain Jack’s Pumpkin Ale. Brewed locally in Ocean City, it is made with real pumpkin, brown sugar and molasses.

We also suggest getting creative with local ingredients, brews and spirits such as Hoop Tea, Dogfish Head Brewery in Milton, DE, and others. Drink responsibly! 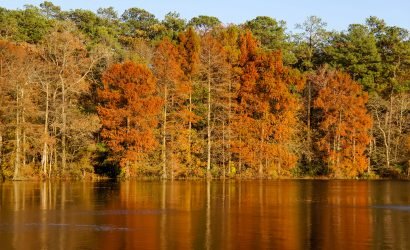 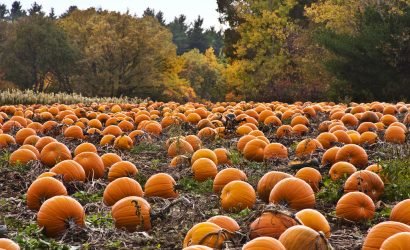 Pumpkins Galore on the Eastern Shore 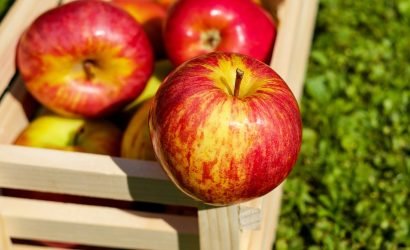