Independently owned and locally operated radio stations 96.5 CTG and WOW 101.5 & 87.7 have announced the acquisition of 99.3 WVES.

“WVES is a power house in need of some TLC,” says GSB Media President & General Manager Greg Bojko. “We’ve ordered all new equipment to give the station the huge sound it deserves. By early November, we will launch full live programming with local on-air personalities that Delmarva listeners have known and loved for decades.”

When operating at full capacity, 99.3 will be heard from the Bay Bridge Tunnel in Virginia to Cambridge, Maryland, Seaford & Millsboro, Delaware and beyond.

Programming plans, on-air personalities and a launch date for the new radio station will be announced in the weeks ahead. 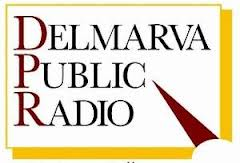 Tuning in with Delmarva Pubic Radio