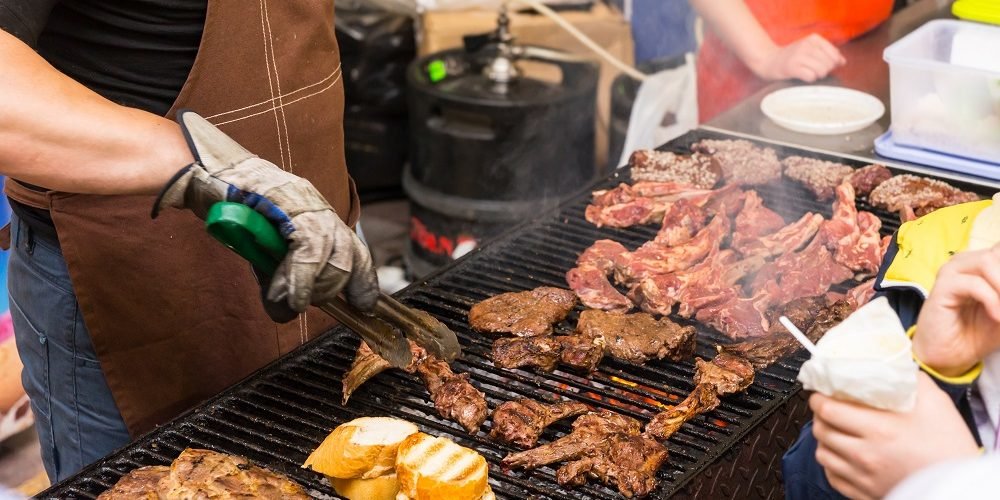 Seafood, BBQ, Fried Chicken, and sweet treats are calling your name at the Delaware State Fair in Harrington! Until July 28, the state fair will bring in millions of visitors for live entertainment, camping, delicious eats, and so much more.

Food is a very important part of the state fair! But it’s not just about indulging in the tastiest turkey leg, or filling up on deep fried desserts. This past Monday was deemed Food Lion Hunger Relief Day, inviting fair-goers to bring five Food Lion brand non-perishable food items in exchange for free admission.

The sights, sounds, and smells of the Delaware State Fair lure us all in. We’ve highlighted some of our favorite and unique foods to treat ourselves with while at the fair.

Ever had deep fried gator nuggets? If not, you’ll have to try them. Then, treat yourself to some deep fried candy bars!

The fried pickles and fried shrimp are to-die for.

We love their chicken, pulled pork, and brisket sandwiches. Their deliciousness is evident from their name alone.

Coffee in a Cone

That’s right… coffee in a cone. Don’t knock it till you try it.

Stop by any of their stations at the fair! Sometimes you’ll find fried oreos, funnel cakes and root beer floats, other times you’ll find cheesesteaks and chicken parm sandwiches. You can’t go wrong either way!

Try their walking taco! If you’ve never had one, it’s a bag of fritos stuffed with chili, cheese and sour cream.

Haas’ On The Go

Our mouths water for their pulled pork quesadilla. And if you’re not feeling like a typical state fair hot dog, don’t worry…they have foot-long hot dogs!

If you’re in the mood for Italian, they have it all! You can even get pizza on a stick.

You can’t go to the state fair without trying the donut burger.

The healthiest ice cream cone you’ll ever eat… if you haven’t yet heard of or tried the Hawaiian honey cone, now is your chance. Shaped almost like a fish hood, they are made from 100% organic corn cane and are gluten free!