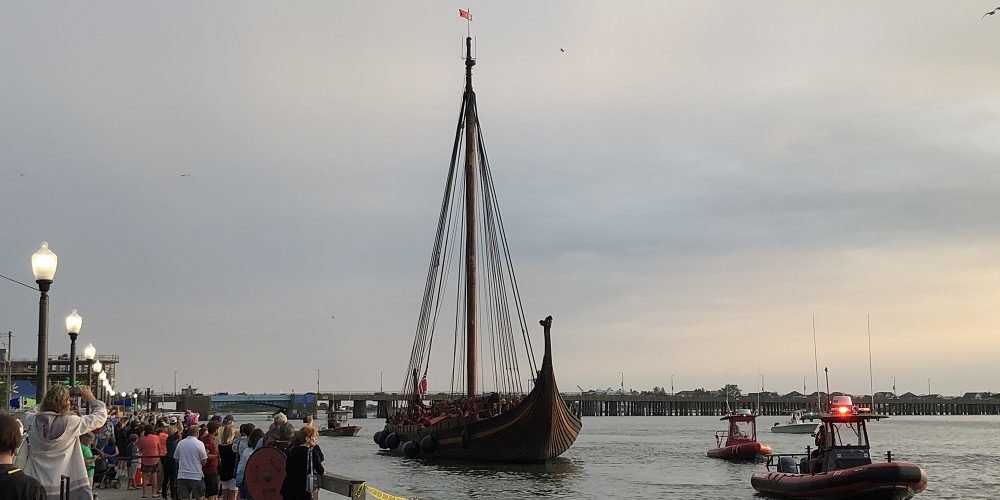 Expedition America – East Coast tour 2018 has sailed the Draken Harald Hårfagre to harbors throughout the coast. Since July 9, when the ship set out on the beginning of its voyage from Mystic Seaport, Connecticut, it has visited seven stops from Maine to New York.

Where is it now? Ocean City, Maryland!

The magnificent ship known as the Draken Harald Hårfagre is a historical replica of the Viking ship from 750 A.D. – 1100 A.D. Reaching 150 ft long, the ship holds a massive red sail on its 79 ft tall mast. You can also find the head and tail of a dragon!

The ship was impressively built to the exact specifications as the original vessel. They even used the same technology as the Vikings during its era.

According to the Viking ship’s website, “The aim of the Draken Harald Hårfagre project is to explore the world and embrace the Viking spirit – to look beyond the horizon and seek adventure and to inspire people to take on challenges.”

The voyage mimics the first-ever Transatlantic Crossing and Viking discovery of the New World.

The Draken in Ocean City

Captain Björn Ahlander and his crew met the crowd and introduce the Draken as they brought the ship to it’s home for the next eight days. This arrival on August 22 at 3rd St. & Chicago Ave on the bay at 6:30 pm was free and open to the public! Along with the excitement of the ship will be Draken Village, those patiently waiting the arrival were able to enjoy a photo and video exhibition uniquely illustrating Viking history, explorers, and the Draken’s modern adventures.

Both the exhibition and Draken Village are free to the public from 10 am – 8 pm each day, weather permitting!

After the ship’s stop in Ocean City, it will head to Philadelphia, PA, Norfolk, VA, ports in North and South Carolina, and finally Washington D.C. before arriving back to its home port in Mystic Seaport, CT on October 20.

The Shorebread team was able to watch the ship as it entered the Assawoman Bay under the Route 50 Drawbridge. The ship’s arrival was slightly delayed due to its need for high tide, and running on only one engine. As the ship tied its ropes to Ocean City’s docks on 3rd St. and Chicago Ave, local and vacationing patrons cheered for its safe arrival. 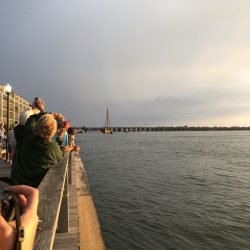 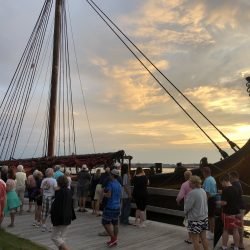 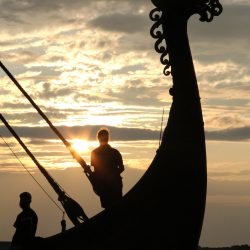