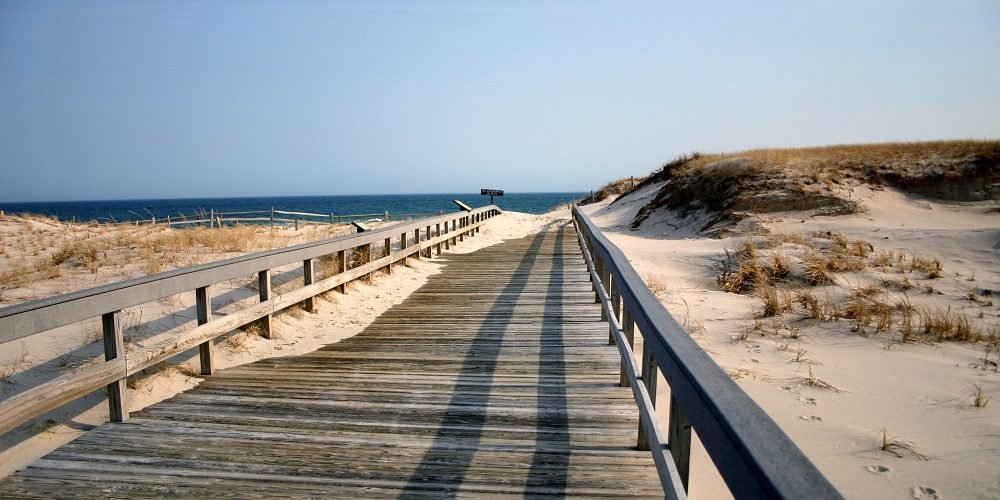 Dewey and Rehoboth Beach are two destinations throughout the Eastern Shore with growing appeal for East Coast beachgoers and other visitors. Not only are the summers filled with beautiful beach weather and tons of tourist-based events, but both beach towns are welcoming, desired places year-round. Why? you may ask. Well…

One of the biggest draws at Dewey Beach and Rehoboth Beach is – you guessed it, the beach. The area claims some of the most pristine ocean waters in the country, and visitors spend their days swimming, sunbathing, boating or even kayaking. Fishing and crabbing are popular activities for the more adventurous. Nature lovers can visit Cape Henlopen State Park and Indian River inlet to beat the crowds and take in the ocean air.

The Delaware shore has always been a draw for beachgoers and other visitors, but increasingly, more and more of them are opting to own a little piece of it themselves. Dewey Beach is the current darling of the area’s real estate scene. This is highlighted by the mixed-use Lighthouse Cove development, which is moving closer to completion. Launched in 2013 with the opening of Delaware’s first Hyatt Place hotel, the project now includes 27 luxury condominiums that are nearly at capacity. Another 30 will be hitting the market by 2019. The homes offer incredible views of the ocean and bay, and Lighthouse Cove is also planning on adding a wedding and banquet facility to the campus. Residential sales across the area have been on the rise for some time, as vacationers, families, and retirees are increasingly taking advantage of the area’s amenities and low property tax rate.

Both Dewey Beach and Rehoboth Beach are home to a burgeoning food scene that runs the gamut from traditional delis to groundbreaking gastropubs and fine dining. Grab a midday beer and some of the best sandwiches in all of Delaware at Arena’s Deli for lunch. Save an appetite for a trip to Rehoboth, where the seafood is aplenty at hotspots like Salt Air, The Blue Hen, Stingray, and Fins. Self-described foodies will find plenty of the menu at restaurants like A(muse) or 208 Social, while Mariachi Restaurant and Indigo Indian Cuisine expand downtown’s range of cultural cuisines. For brunch-goers, The Starboard claims an expansive Make Your Own Bloody Mary bar, while those willing to wait can target Egg, one of the area’s most desirable daytime destinations.

Rehoboth and Dewey Beach manage to boast one of the country’s best boardwalks that have somehow managed to fly under the national radar until recent years. The accolades have been rolling in as of late, however, being named a Top 10 Boardwalk by National Geographic and Forbes, a Top 20 boardwalk by Budget Travel and even the best boardwalk in the U.S. by Coastal Living Magazine.

Dewey and Rehoboth boasts a calendar brimming with cultural events nearly all year long, but particularly during prime beach season. The area’s annual Spring Sidewalk Sales kick off an always busy shopping season in May, while the annual Running of the Bull includes hundreds of runners dressed in white to simulate the annual event in Pamplona, Spain. Art lovers will find plenty to appreciate, including the Mid-Atlantic Sea Glass and Coastal Arts Festival, where dozens of sea glass blowers show off their most recent creations. Happenings also extend well past traditional beach season, as the area’s annual Jazz Fest brings out thousands of music lovers into October, and the famous Sea Witch Festival includes a lively, costume-filled parade just prior to Halloween.

Delaware’s shores have long been a destination for craft beer lovers, thanks largely to the presence of one of the scene’s pioneers, Dogfish Head Brewery, in nearby Milton (the brewery runs a shuttle service to and from notable points on the shore). The famed makers of the “60 Minute IPA” have also established a thriving brewpub in Rehoboth Beach with plenty of specialty and hard-to-find beers on tap, as well as a neighboring distillery and seafood restaurant. Dogfish doesn’t entirely rule the local scene, however, as Dewey Beer Co. and 38°-75° Brewing Company also serve up innovative and delicious pints in Dewey Beach.

There’s no better way to cap off a day at the shore than taking in a sunset, and Dewey Beach offers some of the most stunning views on the East Coast. Find a seat along the Bayfront or cozy up with a drink and a refreshing meal at The Lighthouse, North Beach, Two Seas, the Rusty Rudder or any of the town’s other waterfront restaurants, and take in the view.