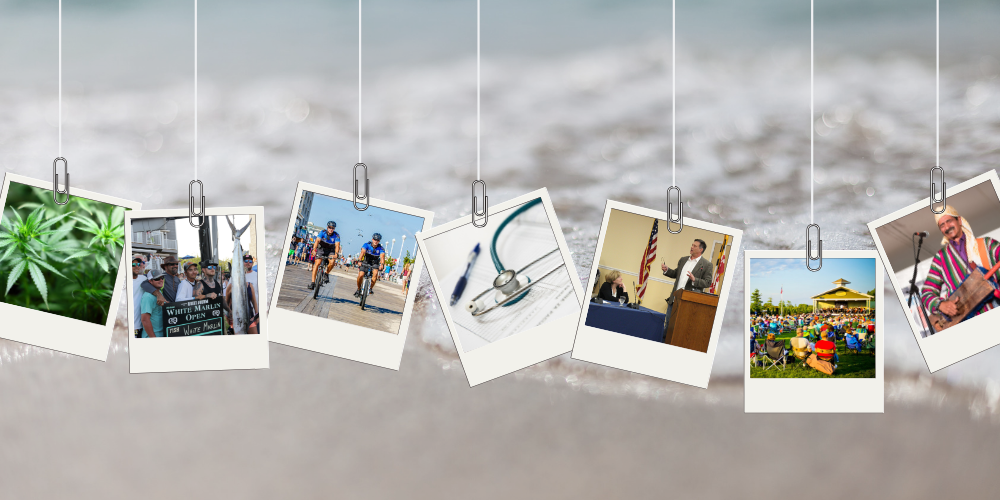 And that’s a wrap… We’re bringing a close to 2018, and opening new doors and possibilities as 2019 begins! While everyone is set on making New Year’s Resolutions and plans for the upcoming year, we’d like to take a moment to remember all of the amazing things that happened in 2018 throughout the Delmarva area.

We saw the Draken Viking Ship, experienced different cultures at festivals, and welcomed new businesses… Check out some of our favorite 2018 moments!

Heritage, culture, and tradition filled the streets of Salisbury as the National Folk Festival brought multicultural foods and entertainment to the town. This three-day festival brought in over 350 performers, and entertainers from throughout the nation. Additionally, it was a large boost to the local economy. The Folk Festival will continue in 2019 and 2020 in Salisbury!

The National Folk Festival wasn’t the only big festival that happened throughout Delmarva this past year! We got to experience the Apple Scrapple Festival in Bridgeville, Chincoteague Oyster Festival in Chincoteague, Firefly Music Festival and New Castle County Ice Cream Festival in Wilmington, and more. The Fire and Ice Festival held in January at the Bethany Fenwick Area Chamber of Commerce even won the Southern Delaware Tourism Award of Best New Event! Needless to say, it was a festive year on the Eastern Shore.

As the largest arts/cultural organization in Sussex County and the third largest in the state of Delaware, The Freeman Stage welcomed over 58,000 patrons in just 2018 alone. This year, they won the well-deserving award of Best Attraction from Southern Delaware Tourism.

The 2018 Ocean City White Marlin Open is definitely one worth mentioning! Each day, spectators were on their toes, thinking they had seen the winning fish, just to see more and more brought to the scales. Pascual Jimenez from Puerto Aventuras, Mexico edged won the world record $2,584,260 in the 45th White Marlin Open this year! Additionally, fishing on the Weldor’s Ark out of Morehead City, NC, Jimenez weighed an 83-pound white marlin on the final day, taking take the top individual prize in the 382-boat field.

2018 was the year of lip sync videos! As police forces throughout the country showed off their moves and lip syncing talents, Ocean City and Chincoteague Police Departments stepped up to the challenge! You can view the Chincoteague video here, and catch the OC video on Facebook! To date, the Facebook video posted by the Police Department has over 669,000 views and 14,000 shares.

The long-awaited $6.25 million Berlin branch of the Worcester County Library opened its doors early-July this year to the public. According to library officials, there were over 300 visitors within the first hour! Along with the obvious (books), this new 12,000 square-foot library holds a children’s area, teen area, art gallery, various reading nooks and a large community meeting and performance room.

The Ocean Pines Community had a big year in 2018. Switching over management to Matt Ortt Companies, Matt Ortt and Ralph DeAngelus took reign of the Food and Beverage facilities. On top of that, the Pines also celebrated a whopping 50 years! The community held special events such as an anniversary parade, beach bash, golf tournament, and more.

Under Governor O’Malley, Maryland became the 21st state to legalize medical marijuana, and the 18th to decriminalize cannabis possession. Delmarva gained two new dispensaries, both of which opened in January of this year. Positive Energy, located off of route 50, and Peninsula Alternative Health, located off of Snow Hill Rd. in Salisbury, both require patients to be registered with the Maryland Medical Cannabis Commission (MMCC) or have a physician recommendation.

Of course, there are so many other significant events that happened throughout Delmarva in 2018. Share your favorite memories with us!