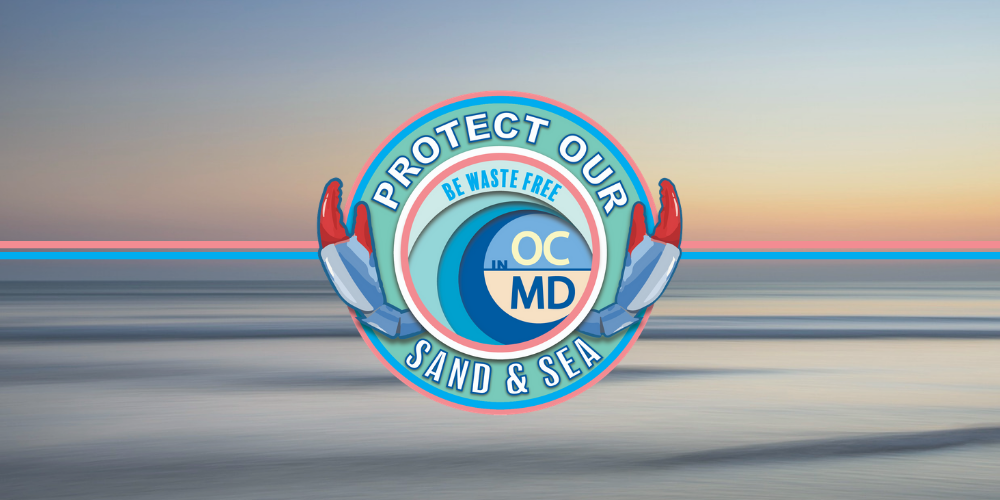 The Ocean City Green Team plans to launch a ‘Source Reduction Program’ at the HRMA Trade Show this upcoming weekend.

Our environment is our greatest asset in Ocean City and protecting our ocean, beach, and bay is critical in preserving its beauty. With an estimated 12 million metric tons of plastic pollution flooding into our oceans each year, it’s imperative that we end the flow of plastic on land and sea. Recycling alone is simply never going to solve this problem. Therefore, the Ocean City Green Team is taking on plastic pollution at its source.

The Surfrider Foundation’s Ocean City Chapter’s “Strawless Summer” initiative kicked off in 2018. They set a goal to end plastic pollution. This overwhelmingly successful campaign focused on reducing plastic straw consumption by pledging to not use plastic straws. To date, 70 restaurants and 500 individuals have signed the pledge!

“Protect Our Sand and Sea”

In 2019, the Ocean City Green Team is taking source reduction one step further. In doing so, they will kick off the “Protect Our Sand and Sea” campaign. This elective and eco-friendly program promotes greener choices for business owners and consumers. While the program is not regulated by law, Ocean City businesses can voluntarily commit to use fewer plastic products and be recognized by the Green Team based on their level of source reduction.

Green team members will be at this year’s Ocean City trade show to introduce and promote the new campaign. They’ll also introduce a new campaign geared at reducing and recycling cigarette butts.

Ocean City Green Team partners, Maryland Coastal Bays, and Ocean City Surf Club all sponsor popular Adopt your Beach and Adopt your Street programs. To participate in these successful programs, citizen volunteers commit to picking up trash several times a year. They also pledge to tally the results. Data continues to show cigarette butts are the number one item picked up.

The Mayor & City Council took the first step to reduce cigarette butt litter in 2015 by making the Boardwalk smoke-free and creating designated smoking areas on the beach. Now, to further this progress, Ocean City Green Team members have found a collaborative way to add additionally designated smoking receptacles on each block west of the Boardwalk and will begin recycles used cigarette butts.

The Town of Ocean City and the Maryland Coastal Bays Program (MCBP) received the Worcester County Health Department grant funding. This funding is for pilot programs to reduce second-hand smoking exposure and improperly discarded cigarette butts. The town is using this funding to provide more receptacles that encourage these practices.

MCBP is using this funding to provide area businesses with free butt receptacles. The goal is to promote smoking only near these receptacles. Businesses must also agree to either ship the butts to TerraCycle, an innovative recycling company, or drop the butts off to a designated area at TOC Public Works, which houses butts collected from town receptacles.