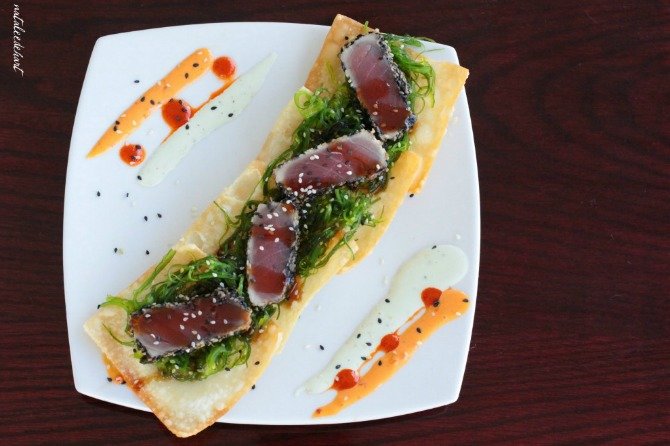 Children are most often ubiquitous with backyards, playgrounds, and their bedrooms–preferring to congregate with friends, their action figures, or their own imaginations as opposed to anything adult-like.  For a young Gary Beach however, there was something special about his grandma’s kitchen that provided more appeal than any regular childhood pastime.

The Beach’s visited Grandma—a Cajun lady from Louisiana with an ancestry made up of French, Spanish, and Swedish decent—in her Florida home.  Gary saddled up next to her in the kitchen, watching as she cooked–her preferred method of preparation either fried or in gravy–true Southern style, and it was delicious. Furthering that Southern menu were the vegetable staples of okra, butter beans, black-eyed peas, or surprisingly, field corn—which simply turned into a non-sweet version of creamed corn when shaved off the cob.  For a little boy to willingly forgo the usual allures of childhood instead favoring the kitchen—speaks to the type of person Grandma Beach was.  She had to exude joy in cooking, pleasure in her everyday—sentiments that rubbed off on her grandson—inspiring him to become a chef.

At age twelve Gary wrote down his goals—he wanted to own a restaurant.  He began washing dishes at a restaurant in Catonsville at an age when child labor laws should have prevented him from doing so—but his venture was by choice—his motivation again stemming from the inescapable draw of the kitchen.  His father used to fall asleep in the parking lot waiting for him to finish, as he was much too young to drive a vehicle.

Over the years, Gary spent time in kitchens from Catonsville to Key West, and eventually Ocean City, Maryland.  He commanded the kitchen at the Reel Inn Grille at the Ocean City Marlin Club, before moving to the famed Marlin Moon Grille in West Ocean City.  When the lease on Marlin Moon Grille came to a close, locals eagerly anticipated where Chef Gary, and his menu would turn up.  That locale turned out to be the waterfront Micky Fins, just a few blocks away, in West Ocean City.  Nowadays Chef Gary can be found in the prep kitchen behind the scenes, preparing soups the old fashioned way—based on what’s on hand, not by a preconceived plan.  This old-fashioned approach to cooking is similar to how Chef Gary has been inspired over the years.

Traditionally, familial kitchens were the first culinary experience, recipes were passed from one generation to the next—cooking was a shared practice.  The menu items at Micky Fins (recipes that transferred from Marlin Moon Grille) reflect the collective experiences Chef Gary has had over the years—and the people he’s been inspired by.

Grandma Beach’s Gumbo—likely their best selling soup–is an homage to the lady who first taught her grandson how to cook.  The current Tuna Nachos started out as Seared Tuna Chunks—a recommendation from a college roommate who worked as a first mate on a boat.  Mom’s Shrimp was a dish prepared on Sundays for Gary and his brother when they returned home from Loyola College. Even customers have provided the occasional recipe—a pit boss from Atlantic City suggested a cherry sauce for the popular pork chop dish.   Sometimes the dishes are infused with flavors brought back from travels—like a sweet chili sauce first tasted in Australia.  A boat captain came into the kitchen to share a black bean sauce he learned from a customer in China.  This type of shared knowledge shows in the dishes—the flavors of each creation are deliciously layered, reflecting both the culinary story and inspiration from which they came.

Chef Gary once thought about creating a cookbook—and perhaps he will publish one someday.  But in the meantime, a lesser-known fact is that his kitchen often shares with their customers, home versions for their most popular dishes—continuing the tradition of passing on recipes and inspiration, in this case from the restaurant chef, to the home chef.

Planning Takes a Backseat: Re-Birth of the Humphreys House in Berlin, MD