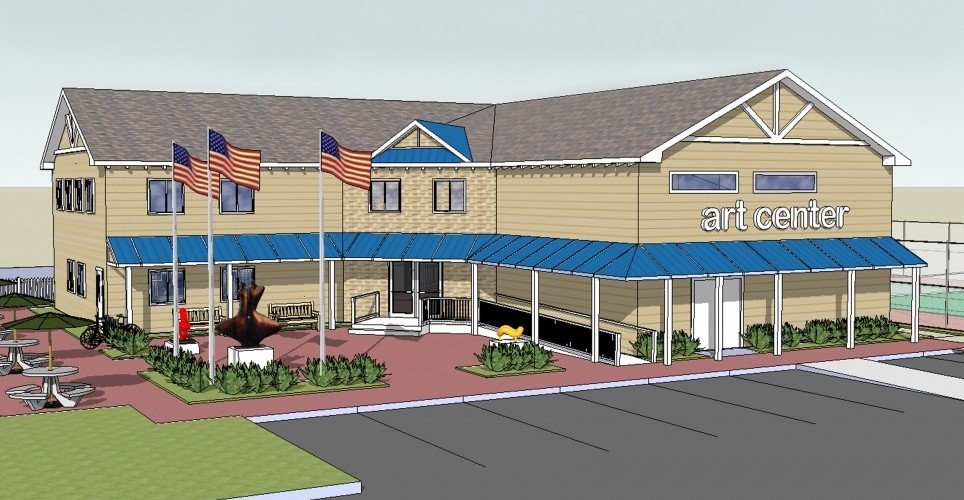 This weekend, the Ocean City Center for the Arts will celebrate their grand opening and welcome community members to their brand new facility on 94th Street in Ocean City, MD. The past year and a half has been filled with questions, ideas, fundraising, partnerships, deconstruction, and new construction for the Art League.

The Ocean City Center for the Art’s Ribbon Cutting Ceremony will take place on March 1st, 2013 at 4:30 pm and will be followed by an opening reception from 5 – 7 pm. Artwork by Berlin, MD artist, Patrick Henry, will be featured along with memorabilia from the Ocean City Life Saving Station Museum. Additionally, the galleria will feature artwork by local and member artists in an all-media show. There will be an unveiling of a ceramic fish installation that was created by local children.
An Open House is also planned for Saturday, March 2nd from 11 am – 4 pm.  Free hands-on art projects will take place during that time. The public is welcome to tour the new building and admire artwork on display.
“The opening of the Ocean City Center for the Arts will provide more of an art presence in Ocean City and surrounding areas,” said Rina Thaler, Executive Director of the Ocean City Center for the Arts.
The old Art League building was demolished in April 2012 and new construction began shortly after on the same lot. During displacement, the Art League had temporarily been station inside of a vacant bank building on 94th Street. All members of the League were anxious to move into their new building.
“The Center will offer a variety of classes as well as the only pottery studio in the area.”
The Center for the Arts features classes, open studios, artists in residence, children’s camps, all-ages programs, open houses, and arts nights. Event and class schedules are listed on a calendar at the Art Center as well as on their website.
The new, much larger building will allow for more classes, programs and open houses to take place in the coastal community.  The building of the new Center for the Arts was completed with help from the community, the town, individuals, and skilled craftsmen. After raising $200,000, the Art League approached the City, Mayor, and Council. The city contributed another $600,000. A bond bill was awarded to the Art league and $250,000 was put towards the interior design of the building by the state. Worcester County has pledged $20,000 a year for five years to help with miscellaneous costs.
“It is truly amazing what a small band of ordinary people can accomplish when they work together,” said Marian Bickerstaff, the Art League’s President, about the realization of having a new location to call "home".
In the upcoming year, the Art League is focused on expanding their current children’s programs. Earlier this month, the League received a $25,000 grant from the PNC Foundation to help engage local children in the arts. Each year, the Art League holds a youth art exhibit for middle school and high school students. With more programs being offered at the Ocean City facility, hopes are high that more students enter and exhibit their work.
For more information about the Art League of Ocean City, visit them on the web (Art Ocean of Ocean City) or on Facebook (Art League of Ocean City).

Want to check out the new Ocean City Center for the Arts? Details can be found below:

Featured image is digital draft of proposed Center for the Arts. 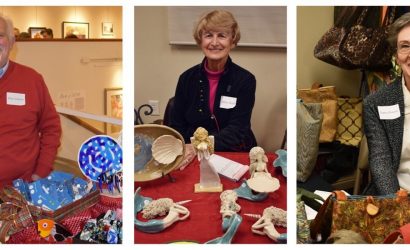 A Lucky Girl’s Life: Tips to Help You Wake Up and Beat the Winter Blues