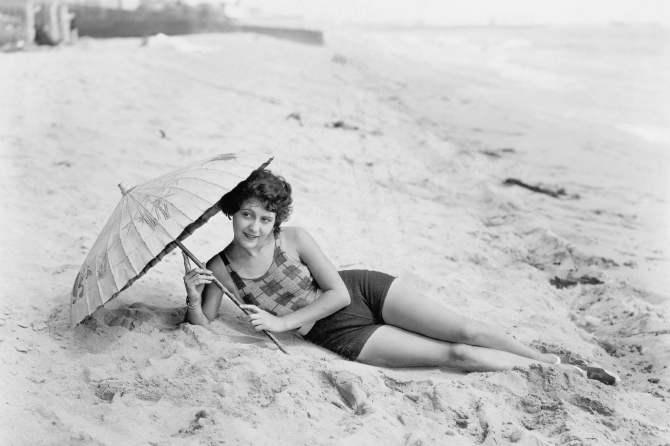 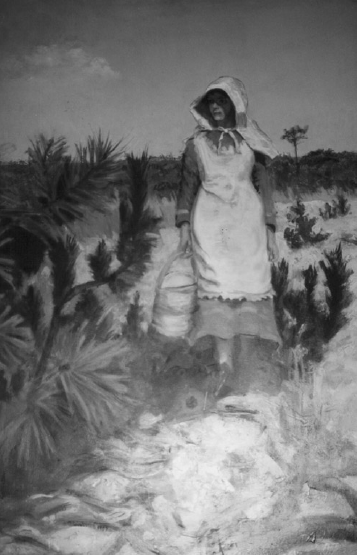 Stories abound in this seaboard town of Ocean City, MD—once nothing more than a fishing village with vast hunting areas all around—of spirited women who figured out how to capitalize on the bounty they could have, in what was once a man’s world.

In the earliest account, it is said that a woman resided in a tiny ramshackle house made of the cast-off wood from shipwrecks, located east of what was called Devil’s Island, high up the beach. Her name was Zipporah “Zippy” Lewis, a widow who reportedly made her living by combing the beach for sea treasures left by wrecked ships. Legend surrounds Zippy Lewis and the supposed hauls of silver she found. In the 1850’s three plots of land were patented in her name. Lewis had five children, and in her will she stipulated that her daughters, and not her sons, receive her personal property and land upon the island.

In 1875 a group of five male investors built the Atlantic Hotel. Not long after, a contingent of ladies known as the “Petticoat Regime” reigned over the newly founded resort. According to the Ocean City Lifesaving Station Museum, in a 1926 advertising brochure listing 32 hotels, all but two were owned and managed by women.

One of these ladies, Ella Phillips Dennis, came to Ocean City to regain her health. She succeeded, and following, built the Dennis Hotel. Dennis was apparently quite outspoken, and her comments in a newspaper article may have started Ocean City’s reputation of being a town run by women. Dennis was quoted as saying, “Ocean City is seventy percent run by women, built by women, and the men are all hen-pecked.” 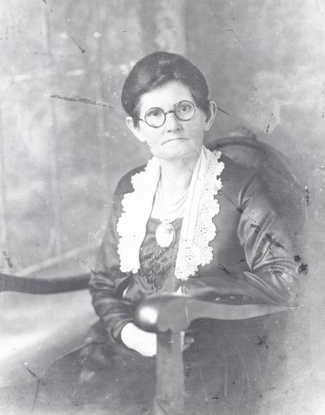 The number of women owned and run business ventures was quite high for the era, especially in proportion to the actual year-round population. Which begs the question: why had Ocean City become such a hotbed for female entrepreneurs?

Sandra Hurley, Curator of the Ocean City Lifesaving Station Museum explained, this was a tradition that often continued throughout generations in families.

“We moved in with [my grandmother] to help her out when she was in her 70’s. I had my own room in the winter, but in the summer months I had to bunk with her. Imagine what that was like for a twelve-year-old girl,” Hurley recalled, laughing.

Hurley’s grandmother owned the Tarry-A-While; the building that now houses the Ocean City Development Corporation (OCDC). Four generations of women from Hurley’s family ran the boarding house until it was sold. 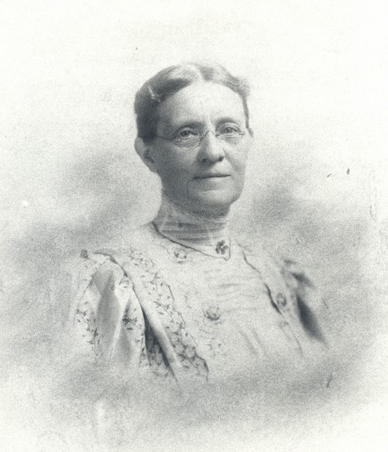 In some cases, the women started out renting the rooms in their private homes, and then used the profits to build boarding houses, or even large hotels. Rosalie Tighlman Shreve, who was a widow and needed to earn her own living, first ran a boarding house in Ocean City. Following its success, she purchased two oceanfront lots and built the 48-room Plimhimmon Hotel, named for her family’s plantation. It was a lavish hotel with modern electricity and sanitary plumbing—top of the line for 1894.

It’s this entrepreneurial spirit that abounds throughout the generations of Ocean City’s matriarchs, and continues into present-day. Ocean City resident and business owner Adam Showell fondly recalls the matriarch of his family, his mother Anne Lockhart Showell and the ways in which she seamlessly blended the partnership with her husband in the family’s business ventures, with the raising of her children.

“My mother was a complete person. To balance out being a wife, a mother, and a businesswoman, at the level that she was able to achieve, is a pretty amazing accomplishment. Some people can do one well, but few can do all well at the same time.”

Anne Lockhart was a small town girl from Wadesboro, North Carolina. The daughter of the chief stockholder of the Wadesboro bank—one of the few banks that didn’t close its doors during the Depression—Lockhart took after her father in matters of financial conservatism; valuable knowledge that would assist her later in life, as wife and business partner. She met John Dale Showell III while they were both students at Duke University, later accepting his proposal and moving to his hometown of Ocean City, MD, which was in the midst of a business boom following the end of WWII. 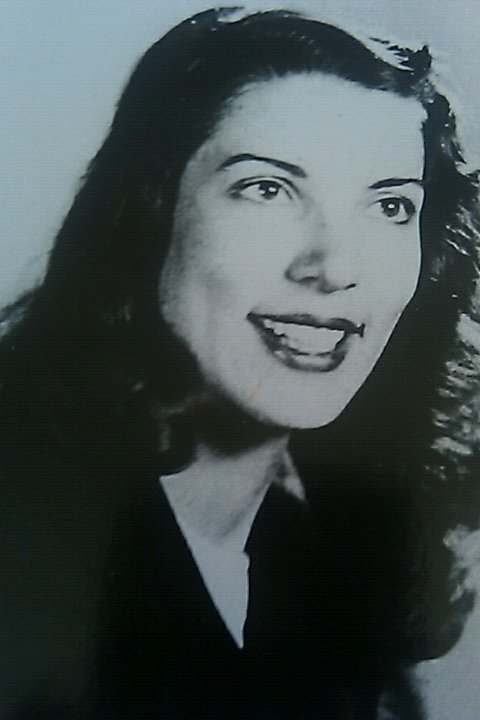 Newly minted Anne Showell, nee Lockhart, jumped right into the family business. She ran the Washington Cottages on 4th St., and also ran the Varsity Club—the men’s dormitory on St. Louis and Washington Streets. Men, who were all just out of the army and in town looking for summer jobs, slept on cots and paid $1 per day. About 100 men stayed there at the time. Most husbands wouldn’t let their wives work at a place with that many men, but John Dale Showell was a large man—standing 6 foot 6, and an ex-marine; no one messed with her. She also sold tickets at the Showell Theater at night—anything in the early days to make ends meet.

“My father worked at the bank as a teller, and also started Showell Real Estate. Mother was the right brain; father was the left. He was a creator; she was practical, ” Adam Showell recalled of his parent’s partnership in business and in life.

The Showell’s became a very successful couple, notably building the Castle in the Sand Hotel in 1960. Anne Showell eventually dropped back from the working world to primarily care for the children until one fateful day when she happened to intercept the mail.

“[My mother] opened the mail and found out father was two years back on the property taxes. She then decided she would come in and be the bookkeeper at the Castle, Showell Real Estate and Washington Cottages—where she remained until she was in her late 70’s,” said Adam Showell.

“Eunice Sorin was this dynamic social maven who could light up a room. Garland Lane gave me my fashion sense,” Milko warmly remembered.

Sorin, as many will recall, was in the hotel business, and was the proprietress of a hairdresser’s shop for years. Lane owned what many referred to as “the” dress shop in town. 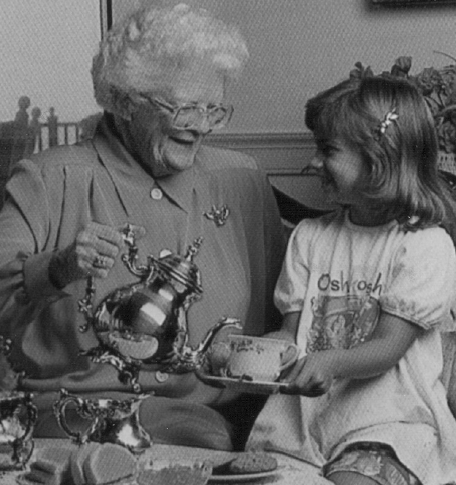 Milko continued, “Thelma Conner, now she was somebody I highly admired. She was the first woman councilperson, who alone founded the big pink Dunes Manor Hotel. She was ‘Miss Ocean City,’ as far as I’m concerned.”

The doors of the Dunes Manor Hotel were first opened in 1987 by a 74-year-old Thelma Conner. Conner served Afternoon Tea for her guests until her death in 1999. Conner was known as Ocean City’s “First Lady.”

Milko also credits Kenille Davies, the Director of the Worcester County Humane Society, and Katie Jenkins (who co-founded WCHS with Davies) and lived to the milestone age of 101, as being trailblazers and women she greatly admires.

It was Milko’s own mother, who perhaps had the greatest influence over the person she would become.

“My mother was so strong. She had the last say in everything—including whom I was friends with,” said Milko. 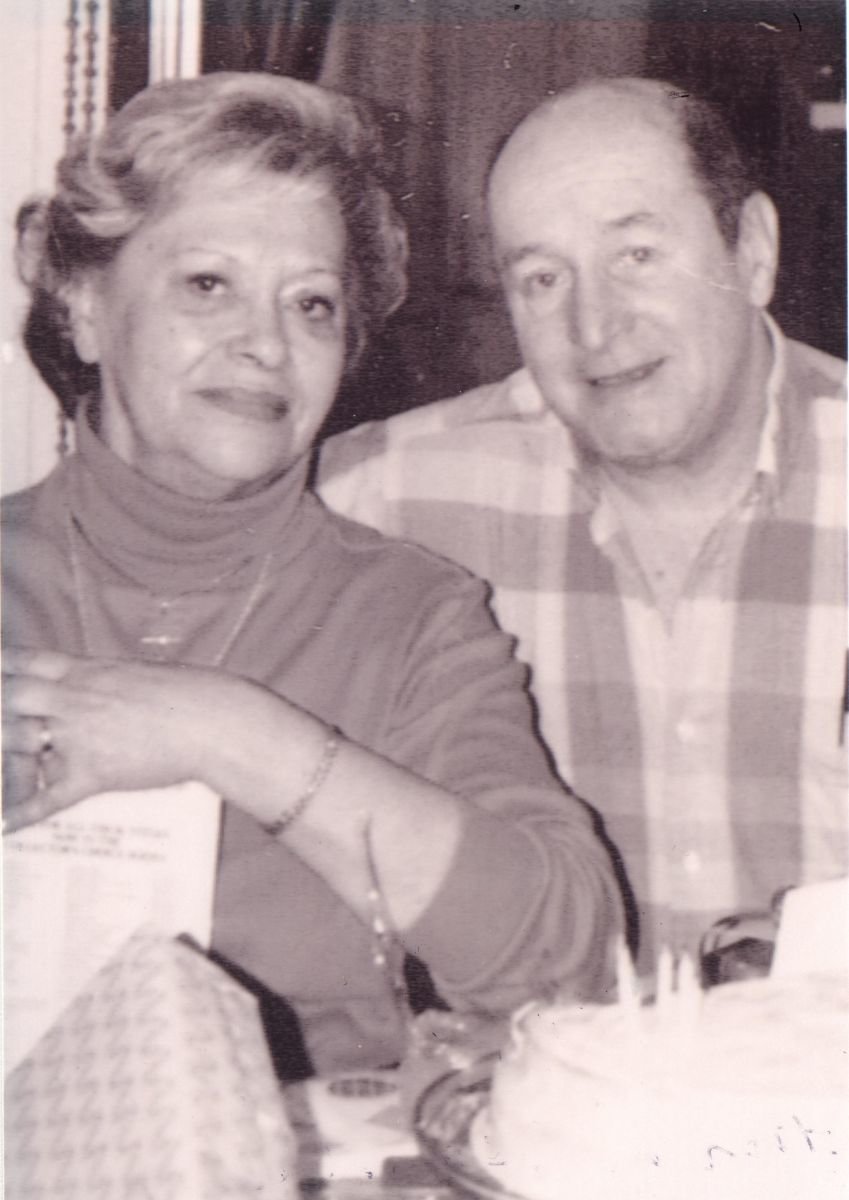 Milko’s mother, Marion E. Farmer was the manager of the largest real estate company in Ocean City in the 1970’s, Anderson and Stokes. Milko recalls her mother seeming to turn around one day as if to say, why am I working for these other people?

Farmer started her own real estate company—Calvert Real Estate, with two rentals, and just two years later, she had grown the business to 700 rentals. Farmer eventually changed the name to Holiday Real Estate, which Milko now owns. Milko learned a lot from her mother—information that undoubtedly assisted her in the business world.

“My mother was a woman in a man’s world. I learned from her to walk the walk and talk the talk. She was a huge woman’s libber. She believed a woman could walk into a room and command it—she taught me that.”

Milko continued, “I went into real estate with my mother, and became a high-end sales agent. I befriend my clients, and keep up that friendship for lifetime. My mother had a saying, ‘it takes one enemy to take down a 1,000 friends.’ She was a woman of very high moral standards.”

In 30 years as a realtor, Milko has never had one grievance or ethics charge brought against her. She credits her parents—her mother in particular, with instilling in her early on, to always do the right thing.

In speaking of strong women who accomplish so much, and have plenty of advice to give—what is it really like to follow in their footsteps? Milko’s experience is akin to those who ran the boardinghouses and hotels in Ocean City’s early days—her mother started a company and she continued it. But stepping in isn’t necessarily easy.

“I had big shoes to fill, yes. My mother was a hard act to follow. At her funeral five years ago, hundreds came. She requested we sing, I Did it My Way by Frank Sinatra. Oh how true it was!” reflected Milko, with a sense of humor.

Adam Showell also followed in his mother’s footsteps, staying on with the family business. His perspective is a bit different. He remembers his mother as,

“An elegant southern lady whose biggest contribution to Ocean City is the way she conducted herself in life. She was a great role model.”

So what of the next generation of budding female entrepreneurs, who have this rich legacy in Ocean City to live up to?

Milko has this advice, “Give it your all…history says you’ll be in good company.”

*Photos from the Ocean City Lifesaving Station Museum and the families of these lovely women.