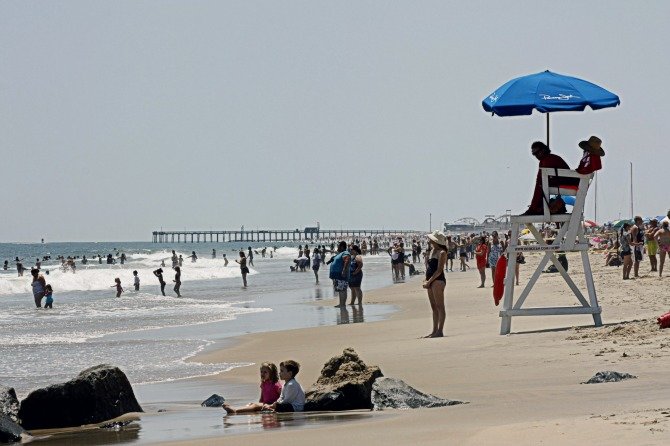 Early design work, estimated at $165,000, for a new headquarters for the town’s beach patrol will begin soon, as the Mayor and City Council wants to get one of its priority infrastructure projects underway.

“It was vacated as unsuitable by the police department in 1993 when we built the public safety building,” City Engineer Terry McGean said. 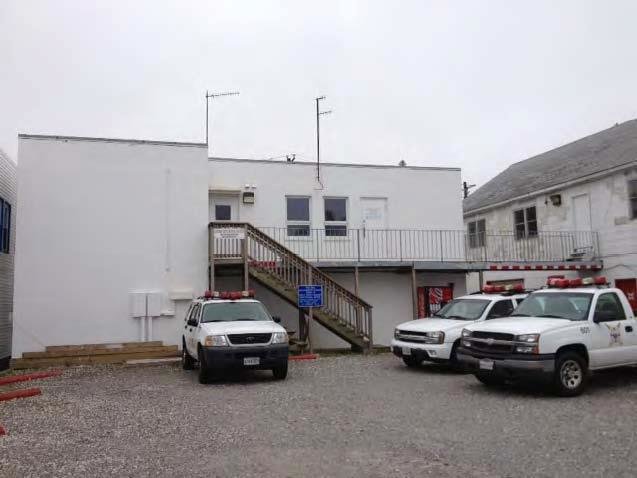 The OCPB and OCPD both still utilize the facilities. The first floor of the old District Court serves as the police department’s bike storage and work shop, while the second floor serves as OCBP’s meeting and training space.

The old police garage behind the old District Court serves as ATV, jet-skis and equipment storage with a restroom and shower and work shop area on the first floor, and umbrella, gear bags and clothing storage on the second floor with rain gear and paddle boards in the attic.

The third building, which is the old police office space, is now the OCBP’s conference rooms and computer space on the first floor with offices, reception and dispatch on the second floor.

According to McGean, the existing facilities are all in need of significant repairs both cosmetic and structural. A brief examination of the existing buildings revealed significant issues, such as numerous ADA violations, nonfunctioning sprinkler systems, asbestos siding, cracks in exterior masonry walls and each building’s first floors are below the FEMA Base Flood Elevation.

McGean furthered, the facilities are simply inadequate for the functional needs of the OCBP. The required repairs and alterations to the buildings will exceed 50 percent of the current value of the structures and therefore each building will have to be brought into compliance with flood code requirements, meaning they will either have to be flood proofed or elevated.

“For the last 10 years, we have been talking about a new home for the beach patrol,” McGean said. “We have looked at numerous locations throughout the town.

Potential facilities evaluated have included private properties for sale and existing city property. As far as location goes, the OCBP desires to remain downtown in close proximity to the Coast Guard Station as crews coordinate a number of rescues, air operations and boat launches with the Coast Guard. Additionally, downtown provides convenient vehicle access to the beach.

McGean explained the estimated conceptual cost for the headquarters is $2 million. This will include the site, building, design and an allowance for furniture and equipment but does not include any land acquisition costs.

The OCDC does have a mortgage for the proposed lot and paid for the development of temporary parking located there that includes 33 parking spaces. Combining the old beach patrol property with the current property used as parking would yield an additional 38 spaces at that site. The cost to construct a permanent parking lot at that location would be $300,000.

McGean requested approval of the Mayor and City Council to negotiate an agreement in principle with the OCDC to place the new OCBP headquarters on the proposed site, pass a resolution to authorize spending up to $165,000 for design of the new facility to be reimbursed in a future bond issue and authorize the staff to begin the Request for Proposal process to hire a design firm.

Recreation and Parks Director Tom Shuster reminded the council there has not been single drowning on OCBP’s watch in five years. Shuster believes the funding commitment is worthwhile.

“While we are not immune to tragedy, our staff, our resources, and our training helps provide one of the safest beaches for visitors,” Shuster said. “Please help us secure a new beach patrol headquarters downtown. So that we may have the modern resources we need to maintain our reputation as one of America’s safest beaches.”

Council President Lloyd Martin was warm to the funding commitment.

“When we were doing the city’s strategic plan, one of the high priorities was to move forward with the new beach patrol headquarters,” Martin said. “It has been one of those things. The beach patrol has needed new headquarters for a long time, since I have been on the council.”

City Manager David Recor added new headquarters has also been included in the Capital Improvement Plan (CIP) for many years and has gone unfunded.

“Following the adoption of the FY14 Annual Operating Plan, it is our intent to bring forward the five-year CIP and within that there are various categories of projects and then specific projects within those categories. You will then have the opportunity to then prioritize specific projects within those categories and then identify different funding sources … that will determine the amount of bond that we will go to market for and the projects that will actually be funded,” Recor said.

Councilman Brent Ashley voiced his concern over the city taking on more debt in the bond market as the same amount of revenue is being brought in year after year.

“It needs extensive repair as we sit here today and that is not going to stop, that is going to continue,” he said. “It would be in the best interest of the downtown area to have those buildings razed and do temporary parking in there until that property is utilized. It will provide necessary parking, it will provide a revenue source, and we will get rid of what is becoming an eyesore, an old building that really doesn’t have any architectural value at all in downtown Ocean City.”

Councilman Doug Cymek made a motion to approve the request and the council voted 5-1 to approve the motion with Ashley opposed and Councilwoman Margaret Pillas absent.