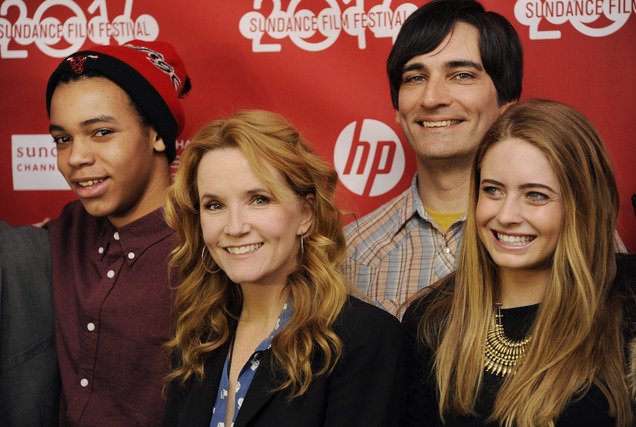 Ping Pong Summer has been bouncing through the social media stratosphere lately, after the Ocean City-filmed movie debuted at Sundance Film Festival earlier this month. We don’t claim to be movie critics by any stretch of the imagination so we can say with true bias and Ocean City pride that we can’t wait to see it on the big screen ourselves. Similar to when Runaway Bride  brought notoriety to Berlin,  Ocean City was abuzz when the word got out that Ping Pong Summer would be filmed in our resort town. In a nutshell, Ping Pong Summer is your classic throw-back flick. Dripping with 80s nostalgia and paying notable homage to Director Michael Tully’s own childhood summers spent in Ocean City, Ping Pong Summer tracks the summer vacation of 1985 for a teenage boy obsessed with ping pong. Hilarity and teen angst ensues as the main character and his trusty sidekick take on the town bully while vying for the love of his leading lady. Underdog enthusiasts, this is your flick. But what we really love about the Ocean City-based indie film is that one of our very own plays a major part in the film. Local Worcester Prep student Emmi Shockley scored the part of Stacy Summers, the Ocean City dream girl of the summer of 1985. We chatted with Shockley after the movie premiere at Sundance for an insiders look at life behind the scenes:

1. What was it like being able to play a part in a movie based on your hometown?

Being a part of Ping Pong Summer was an experience that almost seemed to good to be true. Logistically, I can not think of a project more perfect for me at this stage in my life. I was able to finally land a role in a big feature film, something that I’d been dreaming of for years, and at the same time go to school and live a fairly normal life when I wasn’t on set. On top of that, the fact that the film was set in Ocean City and cast my hometown in such a positive and comedic light, put this film onto a very personal level for me. Even looking back on it now, the amazement of how it all worked out still hasn’t worn off.

2. What is your favorite memory from the filming process?

Definitely the H2o scene. I got to recruit some extras, so I brought in a lot of my friends. They got to meet my castmates and finally see what I’d been doing with my life that fall. Not to mention that the dancing and the foam scene were just tons of fun to shoot.

3. What are some other acting projects that you have been involved in?

This film is without a doubt the biggest acting project I have ever done. I’ve been involved in the Ocean Pines Community Players, and some small Maryland film projects like a webseries and a short film called Spare Rooms. I did that with Maddie Howard, who plays Rhonda in Ping Pong Summer, and ironically it was set in 1985 again. That film is still in production. Hopefully there is more coming up soon for me.

4. Having grown up in Ocean City, did you feel you could relate to the movie (even though it was set in the 1980’s)?

It was very easy to relate to the film. The way I see it, present day teenagers and teenagers in the 80’s are still just teenagers. In the 80’s there were just different styles, some different words being thrown around, and a lack of iPhones.

The entire experience at Sundance was just craziness. The cast and I had a lot of fun and we all loved being back together. Walking the carpet and doing interviews and all that just didn’t feel real. It was a whirlwind. The most amazing thing was sitting in the theatre during the premiere and experiencing first hand the positive response the film recieved. We walked out of the theatre and Lea turned to us and said, “I forgot how awesome it feels to have people laugh at you.”She was completely right, it did feel awesome.

6. Do you have any big plans for seeing the movie with friends and/or family when it comes out?

Not really. I’m very excited but pretty nervous to watch it with everyone here. Watching it with all my friends will be weird. I might make them watch it without me.

7. What are your favorite places in Ocean City?

Well, my favorite place is the beach itself. Other than that, I think Shenanigans is a really fun place. I’ve worked there forever, and all the people there are just great. I also love Crazy 8’s (next to K-coast surf shop). My friends and I go there a lot because we usually go to the beach around that street. If we’re going out to dinner, I would say OC Wasabi is usually our top choice.

How Eastern Shore Wildlife Copes with the Frigid Temps