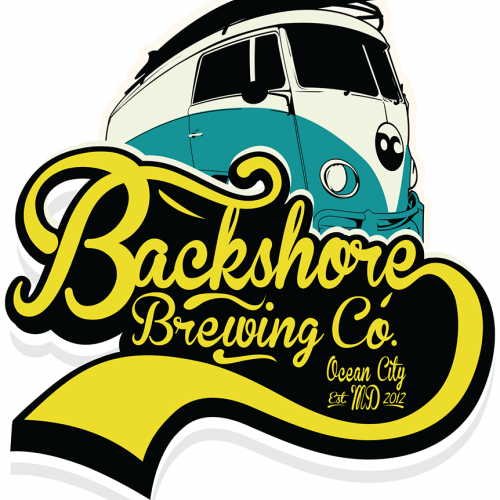 “We work hard, but never serious. We brew our beer in the salty air, with our toes in the sand and the sun on our faces.”

Backshore Brewing Co. owner Danny Robinson expressed this sentiment in an interview with ShoreBread earlier this week and we couldn’t agree more. Locals are quick to explain that the reason we live at the beach is to work hard and play hard. It’s been said that “life at the beach is different,” that “we live where you vacation” and the sayings couldn’t ring more true in Ocean City. We love the sand between our toes, the sun on our faces, and good vibes all year long. At Backshore Brewing, those same sentiments are being brewed up daily as the Backshore team gears up for the summer 2014 season with their mission statement intact, “While we promote our brand, we will be growing the brand of Ocean City, MD.”

A love for locality is what spurred Robinson to start the brewing company in the first place. According to Robinson, “I’ve owned Hammerheads On the Beach next door for 10 years, but I was looking for something I could be more involved in with the creation of the products while having a brand that I could put my signature on.” Robinson grew up with the knowledge instilled in him that hand crafted, locally made items are not only prided but popular as well. “It makes me very proud to be able to put my name on this brand as well as the words Made in Ocean City on the label,” continued Robinson, pointing out the mission statement and the underlying goal is to not only promote Backshore, but to promote all of Ocean City.

The mindset to keep things local has also translated into the vibe and ambiance of the boardwalk establishment. “Our laid back, free spirited lifestyle here at the beach is evident in the atmosphere at the brewery and in our beer styles,” explained Robinson. Beyond being beachfront, Backshore exudes classic beach style, from the bar stools crafted from kegs to the skate decks to the VW bus parked out front.

For those of you that are confusing Backshore with Shorebilly, well, you should. The two are one in the same. Controversy arose late last year as Shorebilly was forced to change their name after disagreements over copyright infringement with a purveyor selling t-shirts of the same name. Rather than be bogged down in legalities and potentially bankrupting fees, Robinson and crew opted for a name change. “We’ve always had luck with asking our followers for help with coming up with beer names or logo styles,” said Robinson. “We had an online contest to come up with the new name. Unfortunately out of the thousands of names we received that we liked, none were available to trademark. I was browsing through terms that related to our geographic location at the beach and “Backshore” popped out.”

With a new name in the books, the Backshore team is ready for the upcoming busy season in Ocean City, particularly as they start to distribute one of their beers, the Boardwalk Blond Ale. “We had an exhibit at the trade show which people are still talking about. We drove our 1965 van in and parked it in the Convention Center. We set up a DJ and poured samples of the new flavor,” said Robinson, adding “We got a great response and you’ll find it on tap handles all over Ocean City this summer.”