I hope you all enjoyed last week’s piece on the start of this young summer. Based on the responses I’ve seen, heard, and read, it seems to have been well-received, so naturally I am going to pick up right where I left off. I’ll start by acknowledging that I understand that last week’s content had the potential to alienate a few people. But the more I thought about it, the more I realized that the target demographic reading this column are generally not flaky brides-to-be, aging perverted New England golf enthusiasts, or owners of good old fashioned American steel and muscle on wheels. And in the unlikely event that any of those people do read this, they’re more than likely not aware of my true identity. So please don’t tell anyone that I am actually billionaire playboy Bruce Wayne. And by the way, the Wi-Fi connection in this cave sucks.

The thing I enjoyed most about this past week was watching my regular customers, many of whom are also loyal readers of the column, sit with me and ogle each group of golfers that came in and each bachelorette party that stumbled through the door. They would try to identify which girls in the group were playing the roles that I described with the bachelorettes (see last week’s post for a review), and they would ask me to do the same. When I could seemingly apply an accurate title to each individual girl within the first few minutes of their arrival, they would look at me like I should be the man behind the curtain in the Land of Oz. It’s not a gift; I’ve just been doing this for a really long time. It’s like a twisted hobby.

Due to the overwhelming number of human blue chip commodities who graced our little town with their presence that first weekend, I found myself stuck on the strange yet predictable behavior of our dear tourists. So now I’ll pick up with Memorial Day Weekend. This is the traditional kick-off to summer. It’s when swimming pools open, girls start shaving their legs again, and pasty white bodies that still hold the winter weight abandon better judgment by forcing themselves into bathing suits and parading outside. Traffic tickets along all major routes leading to Ocean City are handed out like party favors at a wedding and in general that oxymoron known as ‘common sense’ is abandoned in exchange for a 3-day weekend of good times. Unfortunately, by and large the true meaning of Memorial Day seems to get lost in translation.

Folks come in droves from every direction to Ocean City to put the long, brutal winter in their rear view mirror while ushering in a new summer of fun and debauchery. Since I am nothing more than a seasoned veteran harbinger of decision-altering adult beverages, I welcome this concept with open arms, and open pockets. Experience has shown me that each year, a few dozen really terrific people end up visiting alongside about three or four hundred thousand of the best and brightest society has to offer (insert sarcasm here). I worked six closing bar shifts in a row that week, with most of them starting at 4:00 P.M. and ending at 4:00 A.M. On each of my weekend nights, I witnessed the collective I.Q. of my clientele plummet about 30 points with every passing hour. So by last call I was basically running a nursery school for troubled children with anger management and behavioral issues. I’ll now grace you with just a handful of stories of my highlights from that weekend.

Friday night at roughly 10:30pm I saw group of seven young guys enter and approach my bar. They were already hooting and hollering as they walked in the front door, which was pretty obnoxious since we still had a pretty substantial dinner crowd seated in the dining room. The bar was full, the band was playing, and everyone was pretty happy. They came up to the bar with six of them huddling in the background and with one guy seemingly as their spokesperson. I approached them with a smile and before I could even greet them, he smacked his hand firmly and loudly down on the granite bar top and demanded; “gimme the strongest s#@t you got!” I should note that he screamed this command with a heavily slurred voice.  He’s already got three strikes and I haven’t even gotten a word in yet. But I decided to let it go. I’m a little older and a little wiser now so the things that once bothered me don’t ruffle my feathers as much anymore. I have a great home life, I like my job, and this moron doesn’t have what it takes to piss me off.

I smiled politely and said as professionally as I could; “first I’m going to need to see everyone’s I.D. and I’ll need you to be a little more specific with your order.” His eloquent response was; “We’re not showing you any I.D.s now give me seven f@#*ing shots!” I still kept my cool as I replied; “I can’t serve without proper I.D., there’s no reason for you to curse at me, and quite frankly, I don’t think you need another drink.” I took the low road, turned and walked away hoping he’d take the hint and leave. Needless to say neither this waste of flesh nor his six pack of genetic failures were that bright so they stood there glaring at me.

Moments later I walked by them again and the alpha dog leaned way over the bar, stuck his finger right in my face and shouted; “Give me seven f-ing shots now?” Let me stop here for a moment and give one of my little public service announcements. If you are one of those people who  have ever, or would ever consider placing any part of your pathetic existence over the bar, even just a single body part, DON’T! Those three feet of granite separating you from me is sacred hallowed ground. Consider it the “no fly zone,” and once you’ve breached it, the rules of engagement change exponentially. And if you are stupid enough to make contact with anyone or anything behind the bar, do not act surprised when you catch a muddler or Galliano bottle to the side of your head.

All of that being said, I still exercised restraint, I simply pointed to the door, looked him square in the eye and said; “get out.” At this point, my pulse was racing and my hands were shaking but I couldn’t let them know it so I kept the smile on my face. He turned away and I overheard him tell his buddies that he had just been kicked out. One of the other guys looked at me and asked; “what about the rest of us?” I reticently took this opportunity to give him a chance to prove his intellect or lack thereof. So I said to him; “that depends. Are you with him?” His clever response with a look of confusion was; “yeah.” I then said; “wrong answer, gotta go. Have a good night gentlemen.” I was then regaled with a chorus of insults, threats, profanity, and questions about my masculinity. The brightest of the bunch even called me cabana boy which I actually thought was kind of clever.

The burliest of the group asked me to come outside with them so they could ‘kick my ass.’ I looked at him with a smile and replied; “as extraordinarily tempting as it is for me to exit the establishment and be on the wrong end of a seven on one inebriated pugilistic encounter, I’m going to have to respectfully decline your invitation, but thank you.” He wrinkled his entire face with a look of complete befuddlement and responded; “huh?” I said; “thank you, that’s the exact response I was expecting. Have a great night.”

I’d love to hear any thoughts or input you may have so please feel free to email me at sydnichols@yahoo.com. I haven’t gotten any to date so either I set it up wrong, nobody has tried to contact me, or you’re all going to spam. Comment if you’ve tried to reach me. 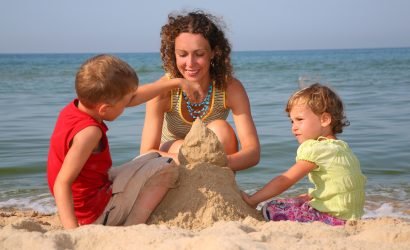 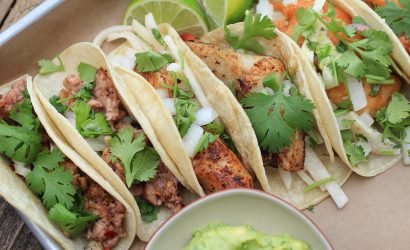