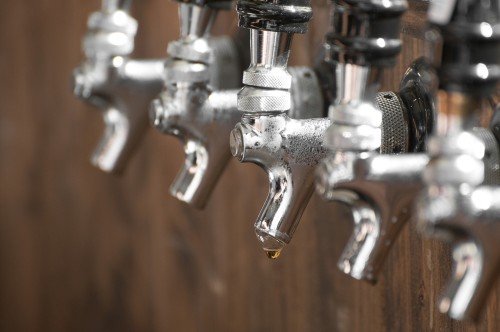 October brings glorious weather, along with some of our favorite events and fall festivals. ShoreBread LOVES all of the Eastern Shore fall events, and in case you hadn’t noticed, we try to attend as many as possible. One that we know we are not going to miss is the Good Beer Festival and the Autumn Wine Festival, both located in Pemberton Park in Salisbury.

First, we’ll start with the Good Beer Festival, happening on October 11th and 12th for its 5th year in a row. The festival is designed to showcase craft beers from around the country to an audience of Eastern Shore beer enthusiasts in an atmosphere of pure fun. “The Good Beer Festival will be featuring unlimited tastings of over 125 craft beers, the list is carefully curated each year by the festival committee,” said Nicole Wheatley, Assistant Director of Marketing and Public Relations at the Wicomico Recreation, Parks and Tourism. “We strive to provide festival attendees with a nice mix of brews from around the country, local breweries, seasonal favorites and everything in between.” With the ever-growing popularity of local brew houses, the festival offers a Local Beer Garden. “Last year we introduced the Local Beer Garden, which was a huge hit with our attendees. We’re bringing it back this year featuring ten Eastern Shore breweries,” said Wheatley. Some of these include Tall Tales Brewing Company, Evolution Craft Brewing Company, Backshore Brewing Company, Chesapeake Brewing Company, Dogfish Head Craft Brewing, Fin City Brewing Company, Burley Oak Brewing Company, Assawoman Brewery, 45th Street Tap House, 3rd Wave Brewing Company and Ocean City Brewing Company. We’re sure that tons of locals will be hitting up this tent!

“We truly pride ourselves on expanding our selections of beer every year and keeping it fresh for our attendees,” said Wheatley. So if you’ve attended Good Beer Fest in the past, don’t think that it will be the same old thing. The crew works hard to make sure it has different aspects that keep people entertained and coming back for more. This year in particular, they have really gone above and beyond. “This year, we have partnered up with Xtreme Brewing to introduce the Home Brewer’s Garden. This area will allow festival goers to explore the world of home brewing all weekend, featuring Pro Brewer Beer Talks from- well, the pros, from breweries featured in our Local Beer Garden,” beamed Wheatley. “If you are looking to get started home brewing, the Home Brewer’s Garden is a great place to start!”

In addition to all these new and fun exciting aspects, there will be a home brew competition. “We’re inviting all home brewers to enter their beers to be judged in five categories, IPA, Spice/Herb/Fruit, Smoked/Wood-Aged, Sours and Stout/Porter,” said Wheatley. “Winners will be selected from each style and category to compete for best in show.” We learned that the top three beers take home cash prizes that go up to $300! And, we can’t forget about the food… which is out of this world. Think everything from wings to brats to crab cakes- and don’t miss the pulled pork nachos which are a fan festival favorite.

The following weekend is the Autumn Wine Festival, October 18th and 19th for its 12th year in a row! The festival is put on in partnership with the Maryland Wineries Association; therefore all the wines served are Maryland wines, offering attendees over 20 Maryland wineries at this year’s event. “The wine festival will feature all sorts of regional cuisine, with a few highlights being lobster and crab macaroni and cheese, crab cake sandwiches, crab pops, crab dip, soft crab sliders, smith island cake and more,” said Wheatley. “Think all things Maryland.”

New additions to the wine festival include partnering up with the Salisbury Arts and Entertainment District to introduce an “Artisan’s Area” to the festival on Sunday. “The area will showcase the talent of regional artists who work within the arts district in Downtown Salisbury, including Christina Jarmolinski, Corinne Beardsley, Joni Simpson and Amused Studios,” said Wheatley.

There is also a VIP option for the Wine Festival which was introduced last year and was a huge hit so they decided to bring it back. “The VIP experience will take place on Saturday and offers a covered tent area, reserved parking, private rest room facilities, a television lounge, hors d’oeuvres, wine tastings, festival t-shirts and a gift bag,” said Wheatley. It really is the ultimate experience. “There are only a limited amount of VIP tickets available for $55 per person only for advance sale.”

So pick a festival, or go to both! We are looking forward to the gorgeous weekends. and with great options and yummy drinks you can be sure to find ShoreBread there! 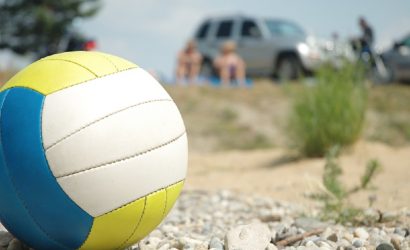 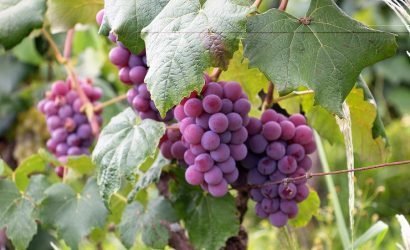