Berlin holds a special place in our hearts for a number of reasons, most notably because yours truly lives there, but also because the small town continues to grow, evolve and thrive. New, small businesses are popping up in America’s Coolest Small Town (and yes, we will continue to herald Berlin as such) and we love stopping in to meet the staff and owners. Last Saturday we popped into Uncle Jon’s Soap to catch up with owner Jon Conley and to discover more about the latest newcomer to Berlin.

On the soap spectrum, all of the bars are made on-site by Jon himself, yielding a wide array of scents, from lemongrass to bay rum, gardenia to honey & oats. There’s even a beer soap, featuring Burley Oak of course! According to Jon, sandalwood has been the frontrunner recently, along with the fresh scents like the mint & eucalyptus and the lemongrass.

Jon didn’t wax poetic about childhood dreams of running his own soap store, in fact, the business/hobby sort of fell into his lap four years ago when his wife asked him to try his hand at homemade laundry detergent. “My wife asked me to make laundry soap, so I started messing around with recipes and sort of came up with my own stuff,” explained Jon, noting that from there, the idea to make his own soaps was born. “We started to give them as gifts and then people wanted to buy it. It sort of took on a mind of its own.”

From there, Jon started setting up shop at the Camden Avenue Farmer’s Market, and later, in retail stores. “I’ve always liked the idea of having a retail space, but the time never seemed right,” said Jon. But when Bungalow Love owner Heather Layton called Jon to let him know her space would be opening up, he knew it had to seize the opportunity. “Berlin really is a perfect fit. The shop owners work well together…the energy of the town. You [as a town town] need a mix. You need food and music and art…and soap!”

The product expansion also happened naturally for Jon, as he looked for new products to make besides soap. “Some of it was that I get bored,” he joked. “So we thought, what goes with soap.” As noted above, the list of products is actually quite extensive for the tiny storefront, with a little something for everyone on display.

All of the soaps are made onsite, completely from scratch. For Jon, the small batch process is his preference, as it helps to control the product and the quality of each bar of soap. Jon also strives to use as many natural materials as possible in his other products. Local is also a prevalent theme throughout the shop – according to Jon “everything is from the shore,” including the artwork.

Currently, Uncle Jon’s Soap is open on Wednesday through Sunday, 11am until 5pm (give or take). Jon noted that if he is at the store before or after store the posted hours, patrons are more than welcome to still stop in and shop, or just say hi! 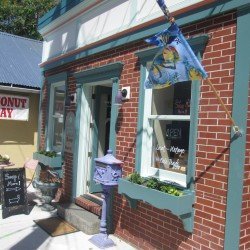 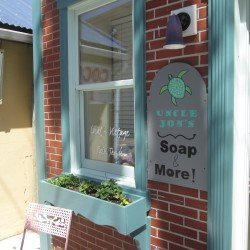 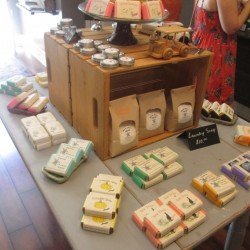 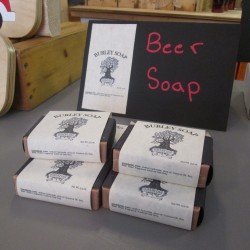 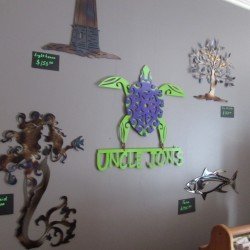 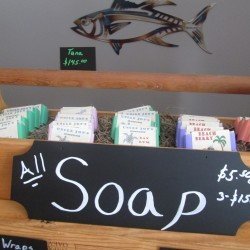 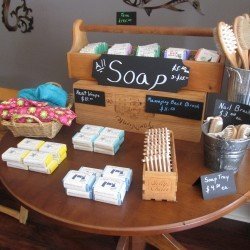 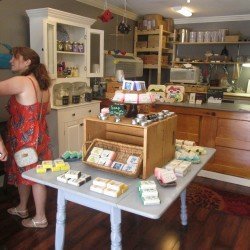 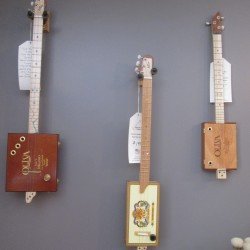 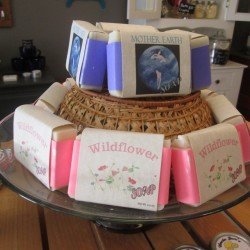 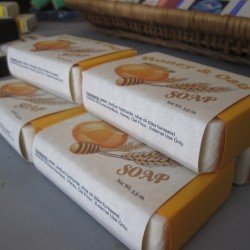 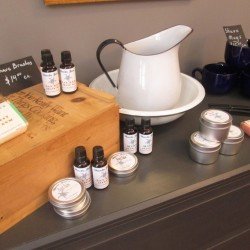 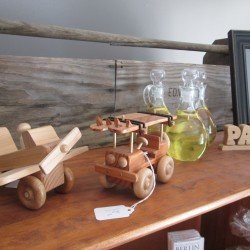 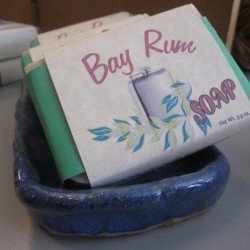 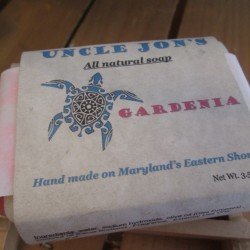 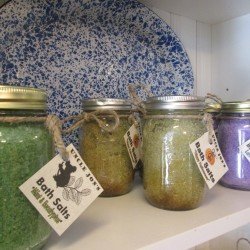