“Surf, eat, repeat.” Sound familiar? If you’ve lived your life in a beach town than you’re accustomed to a lifestyle that revolves around the ocean and a cleaner, healthier way of life. This is precisely why we love seeing restaurants follow suit with menus designed to reflect the local culture while serving delicious, locally-sourced ingredients. Such is the case with the latest newcomer to the West Ocean City culinary scene, Fat Fish. Local buzz sparked our curiosity last week after we kept seeing photo after photo pop up on social media featuring an eclectic array of mouthwatering dishes. And after learning more about the local eatery this week while chatting with the owner and the chef, we’re eager to see more of this locally-minded lunch and dinner spot.

The proof is in the pudding…quite literally in fact. Chef Joe Boncore slid us a sampling of banana pudding and while it was technically still breakfast hour at the time of our interview, we devoured the sweet treat with no shame, stopping ourselves from actually licking the bowl clean. But enough teasing…

Fat Fish opened its doors just a few weeks ago, and while the business is still in its infancy stages, the overwhelming response from locals and customers has Boncore and Carlini hustling to keep the momentum going. As such, they are closed every Monday for lunch (doors open at 4) to give themselves a chance to regroup and recharge for another busy week. “We have 99.9 percent of people giving us five stars…this has never happened in my experience,” enthused Chef Boncore, who has an extensive background cooking all over the country, from Caesars in Las Vegas to Summer House in Rockville.

For owner Joe Carlini, owning his own restaurant has been a dream since he was a child, a dream that he now hopes to shape into a viable reality for his four (soon to be five) kids. “This is my entire world,” Carlini said as he showed us around the space, which is dripping with local flair, from the murals on the walls completed by local artist Sam Elam to the Plak That tabletops. The theme is a mash up of surf and flash tattoo culture that blends perfectly with the menu concept, which is heavily steeped in influences from Asian, Californian, and local cuisine.

The menu features tacos (fish, shrimp, crab…), handcrafted sandwiches, beach burritos, burgers (and some notably unique ones at that), salads, and starters. So far the Loco Moco and the Fat Fish have been major sellers. The Loco Moco is one of the massive burgers on the menu, topped with white rice, gravy, provolone and an over easy egg. For the Fat Fish, expect a towering sandwich layered with tempura battered tuna and lobster, wasabi mayo, red onion, lettuce, tomato, and cilantro crema. For apps, Carlini has seen an overwhelming response to his Carne Asada Taylor Tots (we’ll let you discover the ingredients of this heavenly dish on your own). On the healthy end of the spectrum, look to the salads, the salmon toro bowl, wasabi tuna, ceviche, or the Beach Betty, which is a vegetarian burrito stuffed with sprouts, grilled veggies and tofu.

Ingredients are as locally sourced as possible said Carlini, “from Berlin, to the harbor for our fish. Some of our stuff you have to outsource of course but as much as we can get in house or locally we try to do.”

For drinks, look to the house infused sake and sangria, which are available 2-for-1 during happy hour from 4pm until 5pm.

On the horizon is a “Monstro challenge”. What’s a Monstro you ask and how do you challenge it? Well, the Monstro is a specialty sandwich that Carlini and Boncore aim to challenge customers to eat. If you finish it, and both have serious doubts anyone will, you’ll receive high acclaim on the wall as the victor. The already massive burger is topped with two kinds of ham, four types of cheese, gravy, bacon…it’s basically the Loco Moco with a Cuban sandwich on top. We’ll leave this one for the competitive eaters…

Carlini was quick to note that families are always welcome at the restaurant, which he hopes maintains a family-friendly vibe. Kids options include grilled cheese, meatballs, mac & cheese and sliders.

So what does Carlini want newcomers to know before stopping in for lunch of dinner? “Make sure you come hungry!” 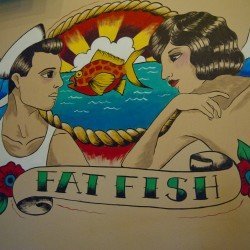 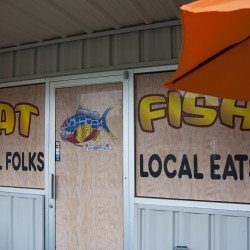 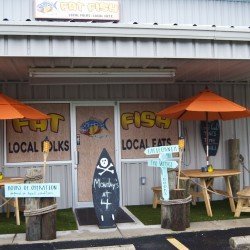 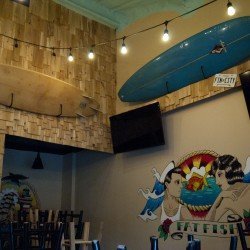 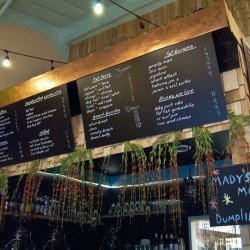 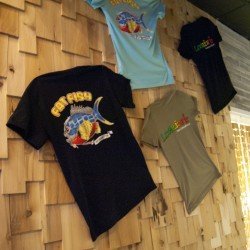 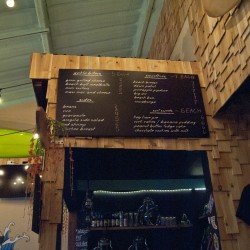 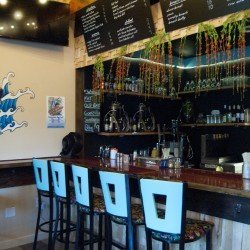 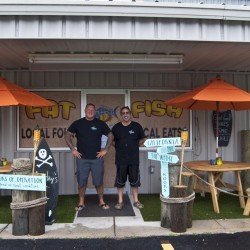 August Happenings: Events Across Delmarva Round Out Summer