We took a long, winding, gorgeous drive to the end of South Point Road last Friday, taking in the beautiful blue skies, the greenery, and the eclectic mix of houses as we approached what would prove to be a hidden gem among gems, Terrapin Farms. We are certainly not short on beautiful farmland here on the Eastern Shore, but hydroponic farming is another story entirely. We were eager to see the setup, talk to the growers, and learn more about the unique story behind Terrapin Farms.

We met with Johnny Harrison, the current brains and brawn behind Terrapin Farms (although it should definitely be noted that Harrison’s wife, Ashley, plays an integral role in the operations as well but was busy with their newborn babe at the time of our interview). Harrison was also joined by Matt Smith, a fellow chef and hydroponics enthusiast who has joined the Harrisons in the process. The operations have been up and running for a little under two months but chefs have been quick to jump on the opportunity to buy organic, hydroponically grown veggies, including chefs from The Shark on the Harbor, Mickey Fins, Lighthouse Sound, and a(muse.) to name a few. “We have the ability here to grow pretty much anything that people need,” said Harrison. Currently, chefs can purchase microgreens and varietals of lettuce, but the future is wide open.

Before moving back to the area, Harrison spent a few years in California as well as in upstate New York in the Hudson Valley honing both his culinary skills and farming interests. “My long term plan was to open a restaurant,” he said, but after noticing a lack of hydroponics in his hometown, he decided to take a different route first. Terrapin Farms was born, but not without an incredible amount of research, including spending time at a large hydroponic farm in Iowa to learn the ins and outs. Currently there is one greenhouse completely up and running, with a second to follow. Each greenhouse holds 4300 heads and is roughly 3,000 square feet in size. A third house is also on the horizon, which will be a hot house for cucumbers, edible flowers, and other plants in need of a hot environment to thrive.

For those of you unfamiliar with hydroponic farming, let’s take a quick crash course, shall we? Hydroponics is a method for growing plants in nutrient solutions rather than in soil. There are a wider variety of techniques and approaches, but the overarching goal is to benefit the environment by using considerably less water than soil gardening and to circumvent topsoil erosion. What’s more, hydroponic plants typically grow faster with a greater yield than traditional soil growth.

According to Harrison and Smith, in addition to faster growth, hydroponics yield a higher volume in a smaller space, which has a lasting impact on preserving local land. “Sustainable farming is a smart alternative. These smaller scale, diverse farms are definitely better for the environment.” explained Smith adding that hydroponic farming also greatly reduces water waste and runoff by recirculating water throughout the entire process. “This is a closed-loop system, so less than 5% of the water is actually lost to evaporation.” The evaporation wall along the back of the greenhouse also works to cool the closed environment, recycling water in the process. An average of 300,000 gallons of rainwater is collected each year to be used at Terrapin Farms. What’s more, the closed environment also allows them to grow a wider variety of vegetables and herbs in a controlled environment. “The biggest benefit is you can grow year round,” pointed out Harrison.

Terrapin Farms has also taken an organic approach to hydroponics. “It’s all organic which is actually unusual for a hydroponic farm,” said Harrison. “We definitely want to stay organic; it’s something that is really important to us.” “That’s another big advantage to controlled environment agriculture,” added Smith, noting that they are able to avoid pesticides completely.

Of course buying locally has a significant impact on the environment as well. “Locally, there is a much smaller carbon footprint. The more people that you can get on board…it can have a huge impact,” said Harrison. By providing a controlled environment for growth, more varieties are available year-round, which eliminates the need to buy produce from across the country or from outside the country. It’s also beneficial to be able to develop a face-to-face relationship with the people growing your food, Harrison pointed out. “People like to know where their food is coming from. There’s that trust there…you can actually come out and see the process.”

Interested in more information on Terrapin Farms? Follow them on Facebook or reach out to Johnny and/or Ashley via their website. In the meantime, check out our photos from our trip to the farm: 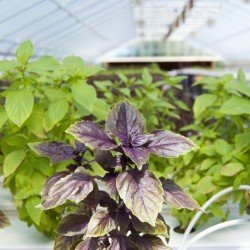 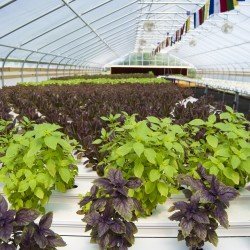 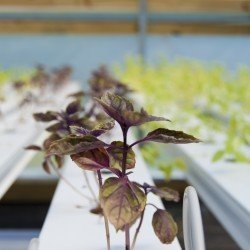 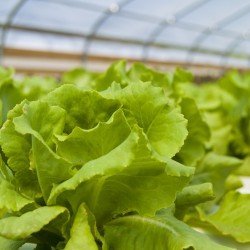 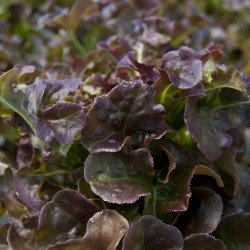 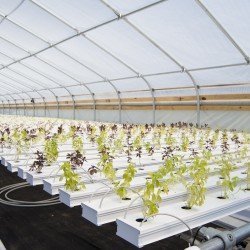 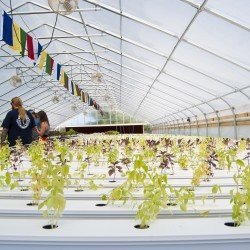 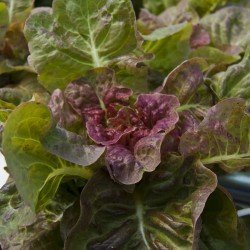 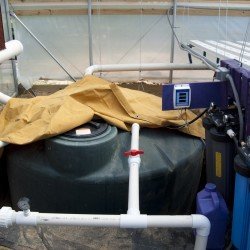 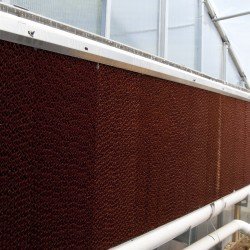 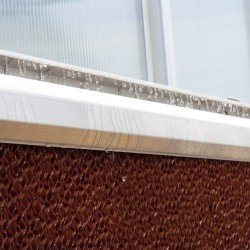 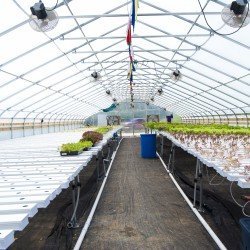 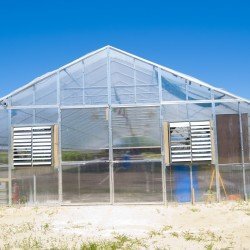 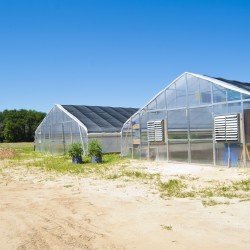 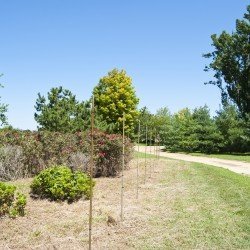 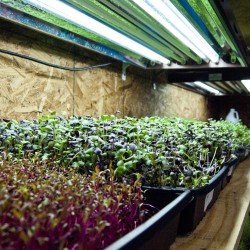 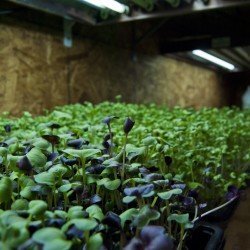 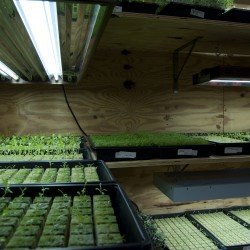 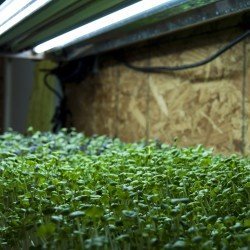 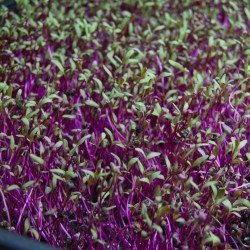 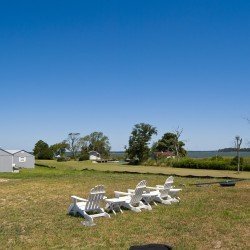