When we caught wind of the possibility of a grab-and-go, healthy food option slated for the empty space across from Burley Oak in Berlin, well, needless to say our foodie, Berlin-residing hearts skipped a beat. Our excitement heightened when we found out that two of our favorite local entrepreneurs, Christie McDowell of The Good Farm and Shenendoah Cute of Local Mojo, were teaming up for the venture. Needless to say when we found out that the new Berlin business would not only offer healthy, grab-and-go options, but also an indoor farmers’ market, retail offerings, and a full lineup of community classes, we had to get the full scoop.

Our first visit to the space revealed a community of individuals coming together to bring McDowell and Cute’s dreams to fruition. The generous gentlemen from Terrapin Farms were hard at work, pitching in wherever needed, Steve Shreve (artistic talent behind Jerk Pony) was busy utilizing his woodworking skills, which include the stunning counter, signage, stage for classes, and well, basically all of the woodwork, while Jeff Smith was on the scene helping with a little bit of everything, including the computer and website needs. “They’ve all been so incredibly helpful…and just to be helpful,” said McDowell, gushing over the amount of support they have received so far from the community, including from the Town of Berlin as a whole. “It’s been so refreshing dealing with Berlin as a business,” said Cute, noting that Berlin truly is a town invested in its businesses and its people.

Community-mindedness is the buzzword for Urban Nectar, so it stands to reason that the community is rallying around the new venture. The concept is based on the notion of supporting local farmers, artists, and vendors by providing a space to sell local goods while simultaneously providing the community with alternatives to the big chains. For McDowell, the idea was really born during her month-long ‘buy local’ challenges, when she was able to really see what was lacking in our area. She has made it her mission over the years to encourage more people to grow and sell locally. Cute fit into that equation perfectly with her (now former) store in Ocean City, Local Mojo. Local Mojo was formed to provide grocery items (think healthy, organic alternatives) alongside local artwork. “I loved what she was doing with art and that anyone and everyone was included,” said McDowell, who ran the idea for the Berlin space by Cute just a few months ago, thinking there was no chance Cute would want to move her space from Ocean City to Berlin. Fortunately for her, she guessed wrong. “I was limited in the space there,” said Cute of the Ocean City storefront. “I was completely reliant on foot traffic and there is such a short cycle there that I was limited in what I could offer.” One thing led to another and Urban Nectar was born.

“We have such a young, raw community here,” said Cute of Berlin, adding that it was that raw, community presence that helped them come up with the name, Urban Nectar. “We are the small town between cities, and nectar is a fruit of the farmers’ labor.” The farmers’ labor will of course be a major component at Urban Nectar, with a year-round, indoor (and sometimes outdoor) farmers’ market set to debut next Thursday, October 22, from 3pm to 6pm. The farmers market goods will also play heavily into the food component, which is set to debut in late-November/early-December. Expect plenty of healthy, grab-and-go options made from local farmer’s market goods. Local coffee, juices, acai bowls, baked goods, salads, wraps, sandwiches, breakfast items…the concept is deeply rooted in healthy, locally-sourced items.

In the retail portion of Urban Nectar (which will be open daily starting October 22), expect to see many of the same items and vendors from Local Mojo…but times ten. With ample space, Cute is eager to stock the shelves with items she simply didn’t have room for at her OC location. Chia seeds, flax seed crackers, nut butters, coconut oils, skin products…we could go on and on about the goodies we spotted, and that was only a small fraction of what’s to come. “I am looking forward to having a lot of raw stuff, a lot of probiotic drinks,” said Cute. “And more spices and teas than I had before. There are just endless products that are made locally, and if made through the proper channels, that’s what we want.” Cute and McDowell are also open to local artists selling their artwork and goods. Of course, they would like to see the items first before stocking their shelves, but the pair is open to locally crafted goods, from jewelry to clothing to artwork.

A major component of Urban Nectar will also be the community classes. “Anything from art to food classes,” explained Cute. “We’ve got a chef on board that wants to do cooking classes, ideas for kids classes, someone who wants to teach a yoga class. There’s just so many. We’re always on the lookout for instructors, if it’s a source that has an expertise in something.” Classes will start in November (and don’t worry, we plan on doing a follow-up piece focusing on the classes so stay tuned for more details).

“My weaknesses are her strengths” said Cute. “And vice versa,” chimed in McDowell. It’s clear the duo is well-suited for their new business partnership, and with the growing support from local businesses, vendors, and community members, we are looking forward to following up with the Urban Nectar crew over the next few months to provide our readers with more information on both the classes and the kitchen. Welcome to the neighborhood Urban Nectar! 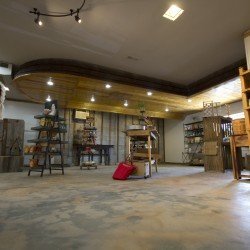 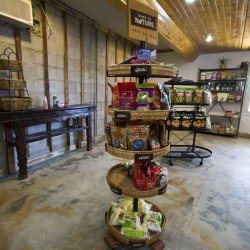 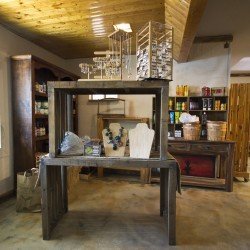 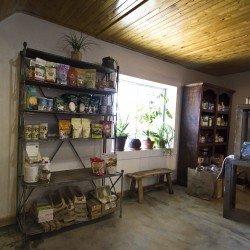 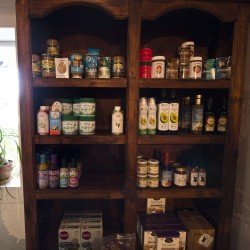 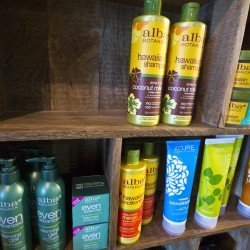 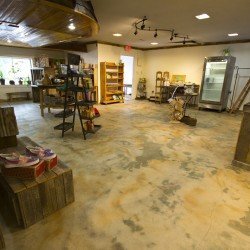 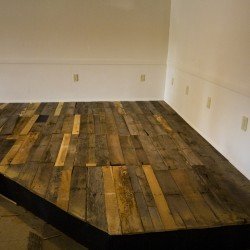 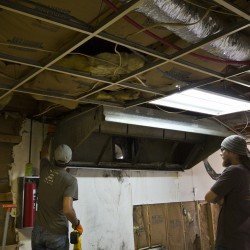 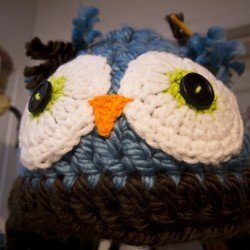 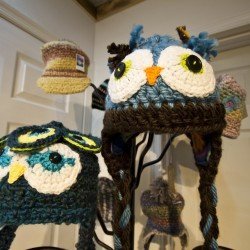 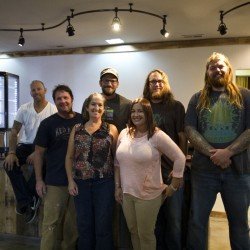