Our beautiful little town of Berlin has made a name for itself over the past few years as both America’s Coolest Small Town and as an arts and entertainment district. That winning combination has resulted in a gradual shift in Main Street retail space, as more and more businesses opt to call Berlin home. What’s more, many of those business owners are young entrepreneurs hoping to make Berlin their home base while contributing to the town’s economic success. The most recent addition is a combined effort, as two designers team up to occupy the studio space on Main Street above TaDa. The Berlin Printery and CFD Fine Jewelry will officially open their doors this Friday, March 11, but we couldn’t resist an early preview of what’s in store (pun intended).

A combination of creativity and a passion for handcrafted works of art is what brought Brian Robertson and Caroline Forrester together in the small studio…that and a desire to be as efficient as possible with both the studio space, their startup budgets, and their time. Both Forrester and Robertson have full-time jobs elsewhere and plan to utilize the studio as a place to foster their passions while giving customers the chance to come watch their crafts unfold. “That’s a big thing for me, having people be able to come and see what goes into the process,” said Robertson, who will be crafting original artwork, prints, vintage postcards, greeting cards, and coasters at The Berlin Printery. Both Forrester and Robertson will be in the studio on the weekends so customers can head upstairs (the studio is located on the second floor above TaDa) to watch the prints run through the printing presses or to watch and learn more about Forrester’s jewelry design process.

Both Robertson and Forrester got their start in graphic design at Salisbury University. Robertson still works as a graphic designer for D3Corp, dedicating his free time to The Berlin Printery. As an artist and graphic designer, Robertson found himself exploring new (well, technically old) ways to create unique print pieces. “I started looking for authentic ways to print, which got me into screen printing,” he said. From there, Robertson fell in love with the idea of utilizing vintage printing presses. A few months of scouring the area and the internet and Robertson was able to uncover two working printing presses for purchase. One is nearly 100 years old, the second press is roughly 70 years old. Robertson also acquired lead type for the letterpress, but has recently started using photopolymer plates to maintain maximum efficiency. The plates eliminate the time consuming process of lining up the type for each piece, which can be fun for one project, but when Robertson is making numerous copies (i.e. greeting cards) it can become entirely too time intensive. “It’s sort of a blending of old technology and new technology,” explained Robertson.

Robertson defines his style as high contrast monochromatic line art. We’ll skip the part where we pretend to know art and let you view for yourselves, either in the photo gallery below or at the studio. You can also follow The Berlin Printery on Facebook and Instagram.

Wander over to the second half of the studio and you’ll find yourself admiring Forrester’s latest creations, which includes rings, earrings and necklaces. While Forrester’s background is in graphic design, she knew early on that her true passion was in jewelry design. Forrester spent a few years after college working in graphic design but maintained an inherent desire to build works of art by hand. “I never really felt like it was my creation – I guess it just never really felt like enough for me,” she said, describing the impasse she reached as a graphic designer. “I’m a maker at heart, I need to craft something with my hands. For me, I need to create, by hand, the things that I am seeing in my mind.”

Forrester had been playing with jewelry making since her early high school years, but it wasn’t until the past year that she was able to fully bring her visions – and her dream – to life. With the encouragement of her fiancé, Forrester launched CFD Fine Jewelry, starting initially in a small space of their garage. After acquiring the knowledge and tools to make her own jewelry, the next step was bringing her visions to life. “I think I’ve had these pieces in my head for so many years, 10 to 15 probably, that it feels amazing to finally get them out there and see those results.” Forrester describes her pieces as ethereal, adding that they are absolutely pieces she would wear. One of her current lines, aptly titled the Coastline Collection, was inspired by her many, many hours spent exploring our local beaches. “I specifically created that line with the people of our local area in mind.”

Each piece is made by hand in the studio, which is a time consuming process but one that Forrester relishes. Currently, she is selling pieces made from sterling silver and 14k gold, but stones are on the horizon. Her website (where jewelry will be featured and available for purchase) is also on the horizon, with plans to have it up and running by the end of the month. For now, follow her creations on Facebook and Instagram.

So what does the future hold for these two local visionaries? The sky is seemingly the limit, with plans to go where their inspirations lead them. For Robertson, he doesn’t envision The Berlin Printery ever growing to a mass production level, as it would conflict with the ideals that the business has been built on. “You can’t actually do super high production on these presses so everything is, and will remain, in limited edition.” That doesn’t mean he won’t be consistently churning out new ideas and prints week in and week out of course, so stop in regularly to see what’s printing. For Forrester, she is hoping to grow her business and brand with each passing year. “I plan to travel a lot – to every city and to every jewelry store I can get to – for inspiration, and of course to sell my jewerly” she said, adding that she plans on taking CFD Fine Jewelry as far as she can, with plans to see her work not only regionally, but nationally.

Interested in learning more?? Join us, Robertson, and Forrester this Friday evening (5-9pm) at the studio. Rumor has it there will be some tasty treats from our friends at Baked Dessert Café as well… 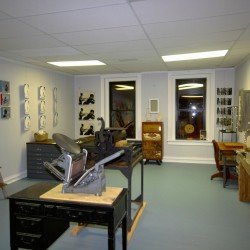 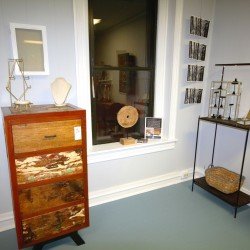 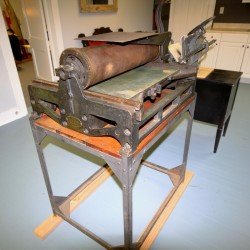 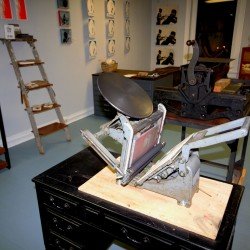 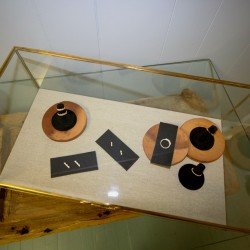 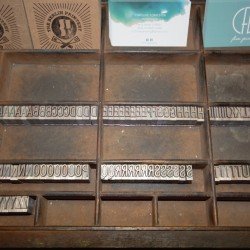 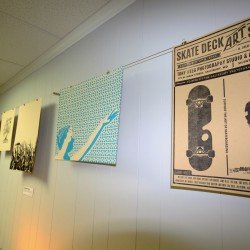 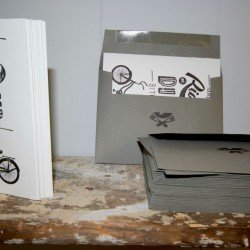 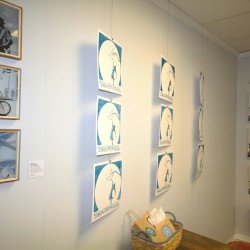 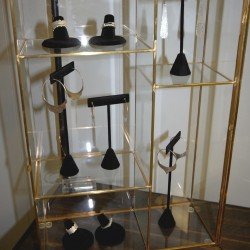 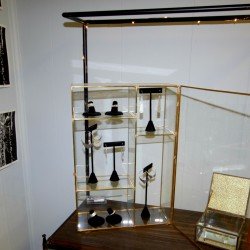 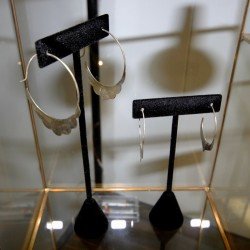 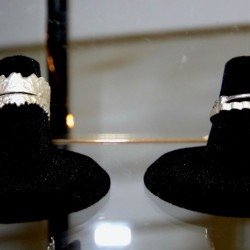 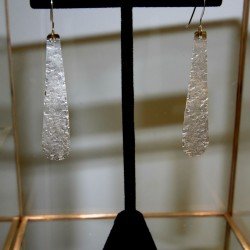 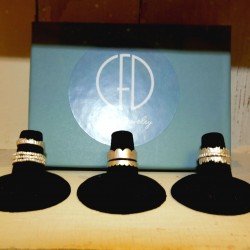 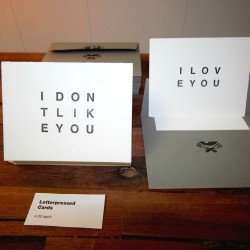 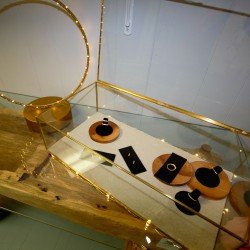 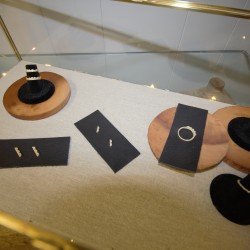 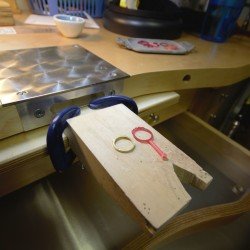