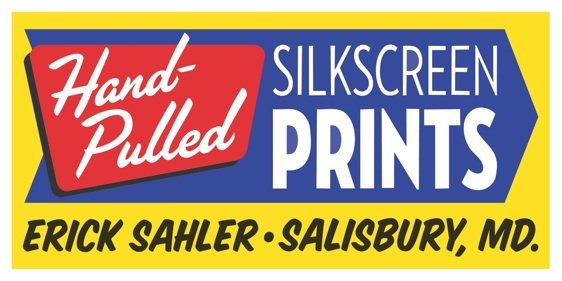 We first had the pleasure of meeting Eastern Shore Artist, Erick Sahler, in 2013 at an art show in Salisbury, MD. When creating the Eastern Shore Artist’s Corner for ShoreBread, we knew that we wanted Sahler in this class with other local artists, but would he say yes? Would Sahler allow us into his private world of art where he does all of the work on his own: design, screen printing, sales, delivery, etc.? We’re happy to report that he said yes and we jumped at the opportunity to interview someone who we know can be seen on almost every bustling Main Street on the Eastern Shore.

Born and raised in Salisbury, MD, Sahler is an alumnus of Bennett High School and Salisbury University where he earned a degree in Illustration. At the age of 16, Sahler was privy to meet local artist, Keith Whitelock, who is credited with being the person who gave him a strong foundation to work from in the art field with a fine art approach to everything that he did, from oil paintings to water colors. Around this same time, Sahler obtained a job with Chesapeake Screen Printing. He was hired to do everything that screen printing entails from styling each job, printing the jobs, cleaning the floors and so on. Only later would he realize that what he had learned from working at Chesapeake Screen Printing through his college years would lay the foundation for a future career.

Following college, Sahler found himself in the middle of one of the most exciting scenes had had ever seen… The Daily Times newsroom. “It was everything that you see in the old movies.  Smoke and loud chatter, it was awesome and I knew that I had to work there”, commented Sahler. After much pestering, The Daily Times folded and hired Sahler to work as an Illustrator. Sahler worked for The Daily Times for a total of 22 years, spending his last 12 years as their Managing Editor. We asked Sahler what he loved the most and what he learned from his tenure with the newspaper and his first response was “I learned how to work on a deadline. There’s no other job like it. The clock is ticking and you’re working to pump out the stories and the artwork to match. I would spend many late nights in the newsroom putting the final pieces together. I absolutely loved the challenge of building a newspaper everyday”.

In 2006, the economy was still somewhat strong and the newspaper thrived from local ads for cars, houses and employment postings. It was in 2007 when Sahler realized that the times were changing and that included the entire print business of newspapers and magazines. In addition, the economy was beginning to tank, which meant that consumers no longer in the market for cars or houses and employers were not in a position to hire new employees. Then, in 2008, the layoffs and furloughs began to take effect and employment stability was sitting on shaky ground. In 2009, Sahler knew that he had to come up with a plan to fall back on. He still had children in school and household expenses that would need to be paid for. He considered numerous options that including teaching art at one of the local high schools, but it was during a drive from Deale Island back to his home in Salisbury when he realized what he wanted to do. It was at that very moment when all of the pieces fell in place: things that he had heard from some of the most influential people in his life including family members, college professors and Keith Whitelock just seemed to make sense.

The following day, he sought out his closest friend for advice on the matter and he’ll never forget what he was told, “No one gets rich by working for someone else, but you can get poor pretty quick by working for yourself.” This particular message really hit a cord with Sahler and he realized that he had a very big life decision to make. This decision would affect everything: Would he leave his job that he knew was in the process of changing forever? Could he support his family with his artistic ambitions? So, during a period of furlough from the newspaper, Sahler began to finish the studio that sits above his 2-car garage to include a dark room, wet room, light table and all of the equipment necessary to make this dream a reality. When he went back to work in 2011, after a 6-week furlough, it felt like everything in the office was ablaze and to quote Sahler exactly, “I just didn’t have any water left in the hose.” He had a long talk with his boss, who of course asked Sahler to give his return to work a chance, but he respectfully declined and began the next chapter in his life as Erick Sahler, Artist.

The fairytale ending to this story is that the consumer response to Sahler’s serigraphs has been so much more than he could have ever imagined. In the five years since he began his journey, Sahler is now featured in 12 – 15 different shops stretching from Chincoteague, VA up to Rehoboth Beach, DE. His iconic work immortalizes the towns and landmarks that have been a part of our lives for as long as we can remember. We asked Sahler what his plans were for the future and his response was “I always have a plan for the next year, but I don’t look beyond that year. I have projects in the works, but I don’t want to lose the connection that I have with customers and the shops that carry my work”. 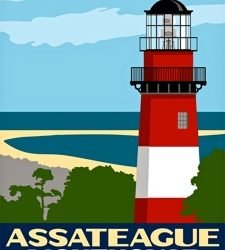 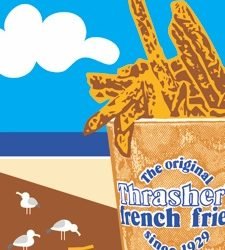 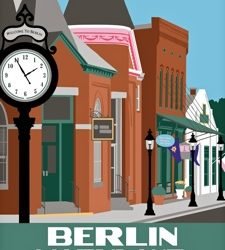 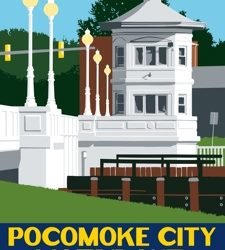 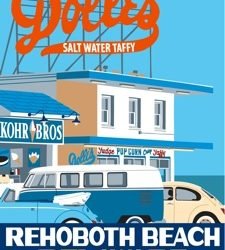 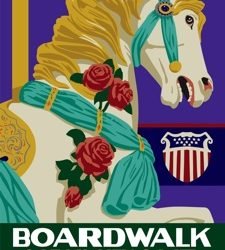