There are few things better than enjoying a great show outside in the warm evening air on Delmarva. Each year we look forward to the free late summer performances of William Shakespeare’s plays by Brown Box Theatre Project across Delmarva.  This year, we don’t have to wait quite as long for a free Brown Box outdoor performance series. From May 20th – 28th the group will bring the musical Songs for a New World to five Delmarva venues including the Ocean City Center for the Arts, Downtown Salisbury, Muskrat Park in St. Michaels, Robert Reed Waterfront Park in Chincoteague and Main Street, Berlin.  Choose any venue you’d like. The performance will be free!  Just make sure to bring lawn chairs or a blanket to enjoy the show.

Director Kyler Taustin is a local to the Eastern Shore and co-founder of Brown Box Theatre Project. “Growing up along the Eastern Shore of Maryland, I witnessed firsthand the lack of accessible, professional theatre in the area. While Ocean City and its surrounding regions had no lack of tourist attractions, there were few sources of professional theatre anywhere on the Delmarva Peninsula. After studying theatre at Emerson College in Boston, I wanted to bring stories of the unheard voice back to my hometown and share them with people with limited access to the arts. In 2009, I founded Brown Box Theatre Project and began producing high-quality theatre in major cities and touring those productions to Delmarva and beyond in my ongoing mission to fill that void.”

Performances of Songs for a New World by Brown Box Theatre Project began in early May in Boston, and people are loving the show.  Be sure to set aside an evening from May 20th – 28th when the show reaches Delmarva!

*All performances begin at 7:30pm.

Tips for the Show 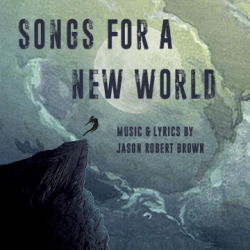 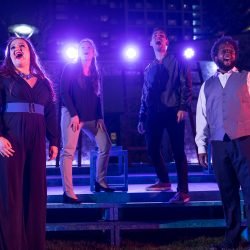 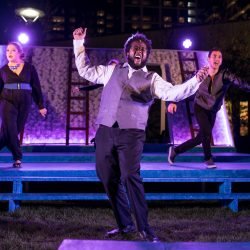