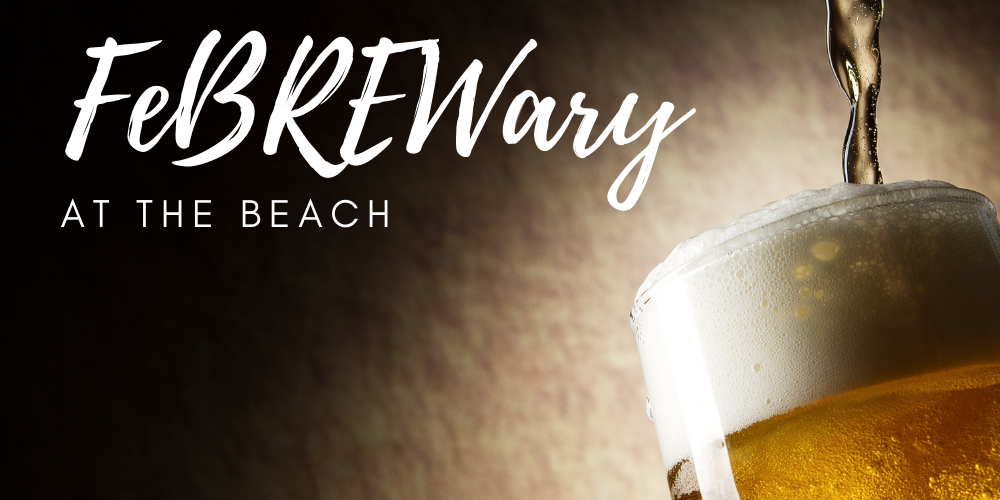 It’s that time of year again to celebrate all of your favorite craft brews across the state of Maryland: FeBREWary!

Whether you’re a local who’s lucky enough to enjoy these crafts all year long, a frequent visitor who keeps coming back for the delicious tastes of Maryland brews, or looking to try out new beers, this month is all about appreciating Maryland brewing!

Ale houses, breweries, and brew pubs are in full swing. Head to your favorite Maryland vacation destination (Delmarva beaches, did we hear you say?!) and expand your brew I.Q. with a new style of beer from a local craft brewer. Check out events, participating breweries, hotel packages, and more to enjoy throughout the month of FeBREWary.

To kick off Maryland’s official month-long celebration of craft beer, “FeBREWary,” Shore Craft Beer and Delmarva Public Radio (DPR) will host a special Trivia Night at Hopper’s Tap House, 1400 S. Salisbury Blvd., in Salisbury, MD on Friday, February 1, from 5:30-7:30 p.m. The public is invited to vie with representatives from towns and breweries on the Eastern Shore in an ultra-competitive Town Throwdown while enjoying Hopper’s Happy Hour pricing. Prizes are offered by Hopper’s and local breweries.

Participating town teams will be made up of various tourism, government and brewery representatives from the area. Salisbury Mayor Jake Day will speak before sitting down to compete on the Salisbury team. “This is a great way to launch FeBREWary on the Shore, which in turn promotes our breweries, bars and other craft beer-forward businesses in Salisbury,” Day said. “Plus, it’s a great way to show that these other towns have nothing on Salisbury when it comes to trivia.”

Those who think they can take on the rivaling towns and the public teams – or simply want to have a good time while enjoying the 38 craft beers on tap – are all welcome to join.

Tickets are $5 per person and will benefit DPR. Teams can be organized ahead of time, or individuals can just compete with friends the day of.

Enjoy live music from local bands Full Circle Duo and Bret Andrews & Company while sipping samples of over 25 craft beers at Seacrets in Ocean City. Talk with local craft brewers, and enjoy two or more samples from each brewery in your commemorative pint glass from 1-4pm! General admission is $35 a person. If you’re looking to enjoy the craft beer fest an hour early, VIP tickets are available for only $50. The VIP ticket will also get you an event t-shirt! Admission for designated drivers is $10. There will also be a special food paring menu available, purchased separately.

The Craft Beer Package at the Clarion starts at only $119 per person on weekdays, and $159 per person on weekends. Enjoy two nights’ deluxe oceanview accommodations, a 4-pack of craft beer from a local brewery, and two beer glasses, as well as a $50 meal credit per room valid at any of our food and beverage outlets! Use the promotional Code: BEER when booking your stay, valid February 1-28, 2019.

Park Place on the Boardwalk

Park Place is offering a Love On Tap Package for your stay February 22-23. The package includes Friday and Saturday night stay with bay front views, two tickets to Love On Tap at Seacrets, and more!

Ideally located near Backshore Brewing and other Ocean City breweries, Ocean 1 Hotel & Suites is offering a 2-night Brewery Package. Included in your stay is a tour for two at one of Ocean City’s local breweries, along with a complimentary snack. Call the hotel directly for details: 410-289-6881.

While the live music, food pairings, hotel deals, and exciting events are all part of FeBWERary, one thing in particular seals the deal: the beer! Below are the featured breweries for the upcoming 2019 FeBREWary.

Download the Shorecraft Beer App to find craft beer near you, participate in the brewery challenges, win prizes, and more!