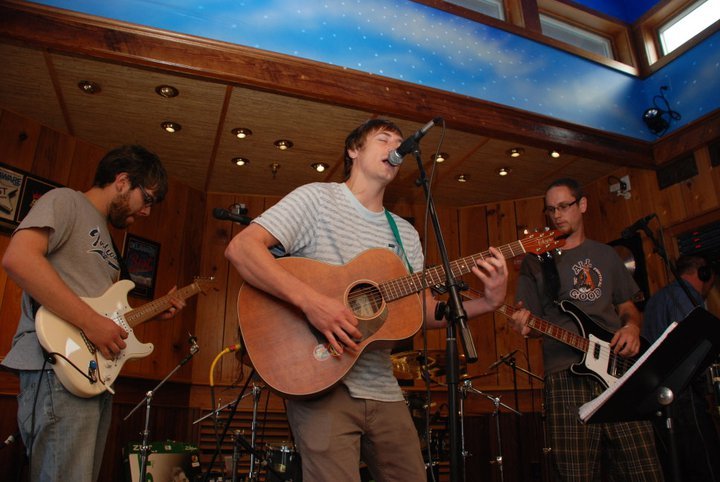 This weekend seems to be one of those ‘off weekends’ throughout Coastal Delmarva; these kind of weekends often occur in the upcoming winter months.  After the holidays and last weekend’s New Year’s celebrations, things are rather quiet this week…unless you’re listening to some stellar local bands jam out in some of your favorite bars. Socially speaking, use this weekend to get out, have some fun, and listen to live music, then, bundle up and sleep in. We’ll be through winter in no time.

The Galaxy Collective will be playing live at the Globe(12 Broad Street) tonight from 7 – 10 pm. Specializing in original music and always drawing a big crowd, the Galaxy Collective is comprised of locals, Phil Knight, Otto Grundman, Matt Smith, and Sage Kane. The band, who debuted last April recently recorded their first EP and is excited about sharing new songs in Berlin tonight.

Soulful Berlin local, Troy Mawyer, will be playing an acoustic set at the Ocean Pines Yacht Club (1 Mumfords Landing Road) tonight from 6 – 9 pm. Mawyer has been playing guitar for 28 years and describes his music as “jalapeno flavored bourbon just crying for a lime” on his website. The rest of us refer to his sound as Americana, blues, or indie. The singer, song writer, guitarist is inspired by Jimi Hendrix, the Grateful Dead, the Rolling Stones, and Ryan Adams.

Ocean City surf rock band, The Phantom Limbs, will play at the 28th Street Pit & Pub (28th Street and Coastal Highway) tonight, and at the Pour House (15 Wicomico Street) on Saturday night. The four-piece band encourages their rock-star followers to hit up the Pit & Pub because they have “the best BBQ this side of Memphis, great bartenders and cheap drinks” according to their front man.  The Phantom Limbs have been working on the production of an album, Episode III: Return of the Dead Guy, which will be released in the near future.

The Academy Art Museum in Easton will open their doors to the public and hold an open house to honor an employee who, after 35 years, will be retiring. The Academy Art Museum (106 South Street) will be recognizing Walter Winston, a distinguished man who encourages the knowledge, practice, and appreciation of the arts. The museum was founded in 1958 and has had a goal to enhance cultural life on the Eastern Shore ever since. The Gallery Walk Open House will take place on Friday, January 6th, from 5 – 7 pm and will include demonstrations by museum fine art instructors and adult classes. Live music and refreshments will be provided at this free event.

A prayer gathering for Baby Ava will take place on Saturday evening in Ocean City. Ava DelRicco, an 18-month-old little girl, was seriously injured in a car accident in Ocean City on December 16th. The devastating car accident caused severe injury to the child and she has been in critical condition at John Hopkins Hospital since the incident. Ava was in her car seat in a small car with her mother, stopped at a red light on Coastal Highway, when a truck plowed into the back of their vehicle while traveling at excess speed. Candles for Baby Ava was created to support the child and family in a time of need. From 7 – 10 pm on January 7th, Candles for Baby Ava will hold a prayer gathering in the Taylor Bank Parking Lot on 142nd Street in North OC.