On a warm day in September, Furnace Town’s Executive Director, Heather McAllen spoke about the spirits that occupy the old plot of land. Furnace Town was once home to one of the first iron furnaces in the entire country. The furnace tower, still standing tall over the property, dates back to the mid-1830s. The furnace was used to process bog ore gathered from large beds in the swamps of the Nassawango. Furnace Town formed when workers build homes built surrounding the furnace.

Within 20 years, the furnace closed. Production costs soared and furnace was not able to compete with other iron mines that harvested richer iron from denser deposits. Many of the townspeople packed up and left while others can still be seen roaming the town… even 200 years later.
“There are many spirits that call Furnace Town home,” said McAllen.
Some of the spirits are more public about living in Furnace Town than others. While visiting the living heritage museum, one might notice several cats running around the property. The cats call Furnace Town home and they belong to one the townsfolk. McAllen, the resident artisans who have shops on the property, and the museum employees take care of the felines, but one individual brings many cats home with him.
The grey cat’s name is Stormy and he belongs to Sampson Harmon. Sampson is a supposed cat collector of sorts – which is ironic – because Sampson is a ghost. History books say that Sampson was born in Nassawango Hills in 1790. He was a free African-American in a time when slavery was something normal. Sampson was a big, tall, fast, and strong man. He was the go-to man at the Nassawango Iron Furnace.

Sampson worked very hard at the furnace so he could provide for his wife and children. When the iron furnace closed, Sampson insisted on staying in Furnace Town.
“He came to think of Furnace Town as his only home and refused to leave the settlement, even when everyone else had abandoned it,” wrote Dennis William Hauck in his book Haunted Places: The National Directory: Ghostly Abodes, Sacred Sites, UFO Landings, and Other Supernatural Locations.
He wanted no more than to stay in the home he built, on the land he tended, and in the town he helped created – even though the government tried to persuade him to move out of the iron bog and to someplace better. His family left but Sampson continued to live in his town on the edge of the furnace with several pet cats for several decades.
In 1896, when Sampson was 106 years old, county officials finally convinced Sampson to move into Snow Hill proper. Sampson lived at the Alms House in Snow Hill for one year before passing away. His final wish was to be buried at the old furnace, at his ‘home’. Sampson’s wish was never granted.
“It is believed that until Sampson Hat finds eternal rest in his beloved town, his ghost will return to the place where he passed so many years alone,” wrote Hauck.
Tales are told of how Sam wanders the properties calling Stormy. The grey cat meows in response. In an attempt to keep Samuel’s story alive and spirit present, Furnace Town allows the stray cats to call the museum home.
Attempts have been made to encounter other ghostly spirits that haunt Furnace Town.
On a freezing cold night in October, Peninsula Ghost Hunters, assorted brave souls, and Mike Hriicik of RAD Films descended upon Furnace Town in Snow Hill, MD with one common goal – to make contact with some of the historic site’s rumored ghostly inhabitants.
Watch the video below, Filmed by Mike Hricik of RAD Films to see if contact was made with Sampson, or any other spirits at Furnace Town.
The Peninsula Ghost Hunters have indeed found evidence of spirits and ghosts roaming the property. Based on orb-like balls on photos, EMF spikes, dousing rod reactions, and temperature fluctuations, the ghost hunters have determined that many spirits reside in the town overlooking the furnace dredges.
Although orbs are usually shrugged off as being bugs attracted to lights or heat from cameras and equipment – the orbs seen in photos taken at Furnace town are a little different and very unexplainable. Maybe it’s just Sam checking on his cats? Maybe not? 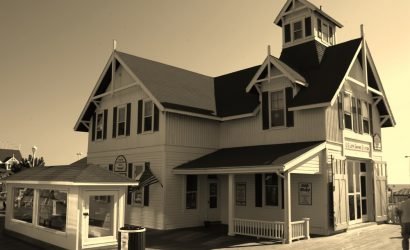