After taking in these vast differences in my surroundings, it suddenly became glaringly apparent to me that maybe…just maybe, I was in the wrong trailer. A massive wave of sobriety, sensibility, and HOLY SHIT came crashing over me like a Boxing Day tsunami. Imagine that you’re driving home from a Christmas party and you look in your rear view mirror and see red and blue lights. Now take that feeling in the pit of your stomach and multiply it by ten! That’s what I was experiencing. My heart completely stopped; I don’t recall for how long. My eyes became the size and shape of a child’s trampoline. And my jaw dropped like that of a pair of pugilistic cartoon bulldogs who had spent the entire episode battling each other and vying for the affection of the hot new poodle who moved in down the street, only to see her strolling off into the sunset with the nerdy Chihuahua.

I was completely, inadvertently now doing my best Robert Downey Jr. impersonation. And I mean his actual life, not one of the characters or roles he’s played. I had now officially and unwittingly embarked on my very first foray into the world of felony B&E. It’s bad enough that I had done this! But just then, I realized that I was sitting in the home of a very large man who owns guns and is of the approximate age that he could be waking up any minute now. All I have to defend myself with are a pinwheel, a paddle ball game, a small shield of dried chili and mustard, and a rainbow looking tongue. THIS IS NOT GOOD! I had to get the hell out of there, immediately, rapidly, and quietly. And of course, needless to say, between the terrifying fear I was experiencing, and the Gatorade buffet I had consumed, I now had to pee so bad that I was jaundiced.

Even in my panic and intoxication, I instinctively knew that my only recourse at this point was sheer stealth. I had to be a ninja with ferry wings if I wanted to get out of there undetected. First, I remembered how cumbersome and daunting the task of opening the footrest of the chair was. So I decided, even though its proof that someone was in this old dude’s pad, the footrest had to stay out. Now I had to silently extract myself from this faux leather covered medieval torture device. I didn’t want to move too abruptly because I was wearing shorts and was now terrified to the point of sweating profusely, and I knew that the back of my thighs against the hide adorning this seat would make a giant fart sound that would no doubt echo in this sardine can.

I slowly pulled my knees towards my chest finishing in almost fetal position. I then carefully removed my shoes and set them on the floor next to the chair. I wasn’t willing to wager that neither the flip, nor the flop was going to be loud enough to rat me out and stir the armed sleeping giant. I was on the other hand willing to wager that anyone who has three rifles in the living room probably has a pistol in the bed room. I’ve lived a pretty cool life, but this was not how, where, when, or why I wanted it to end.

Now, despite my banged up, aging body parts, I had to become a bit of a contortionist. I slowly and carefully rolled over the left arm rest of the chair and touched all four of my extremities to the floor one at a time. I scooped up my shoes and my two bags of stuff. After all I’d been through, I was not about to leave behind my pinwheel, paddle ball, and six bottles with my saliva. Two of those items had now become trophies, and the rest is just the result of my paranoia having spent far too much time watching CSI reruns. Belongings in hand, I rose up on the balls of my now bare feet, and quickly made my way across the room and out the door like a phantasm.

Once safely out the door, I turned the corner and started to run. Before I’d hit my full stride or gotten up to top speed, I was at my destination. It took me about seven strides. It turns out that the entire time I was only two lots away from the one I was looking for. I’ll put that distance in perspective for those of you who have only ever been in stationary homes. It was approximately the same distance as the width of about four or five standard sized Wal-Mart parking spaces.

Even though the distance I ran was less than the real estate I would cover walking from one end of the bar to the other at work, I was still out of breath when I arrived back at the party. There were a handful of the smokers among the group sitting around a picnic table outside. Based on the look they all simultaneously gave me, it was apparent that I was giving them the look of someone who had just had a really traumatic experience.

I was still very pale and trembling violently as I approached the “correct” trailer. My friends seemed genuinely concerned for me as they asked me what was wrong. I explained to them that I wanted to be inside before I started to tell them the story. My heart was still racing like a WalMart shopper at 6:00 am on Black Friday trying to get a great price on a flat screen. I was still a bit in shock, and I was overwhelmed with a combination of fear and humiliation. And to think, I was literally just moments from falling into a very, very deep sleep.

For a brief moment, I contemplated not telling anyone what had happened, but they could all tell that something was definitely wrong with me. I thought about lying due to the shame I was experiencing, but that’s not my thing. I’m not very good at it and I knew that even as intoxicated as they all were, they’d see right through me.

So I started telling them the story from the time I had left the house. I didn’t really want to tell them at first since the story painted me in such an awful light, but then I remembered that all of my best stories are anything but flattering to me. I was still quaking with fear as I began the story, and my voice rose and fell like a pubescent teenage boy on his first date.

About two minutes into the story, I noticed that each and every single person who remained at this party had become completely silent and their full attention was now on me. I was now holding court whether I wanted to or not. Nobody knew quite how to react yet because I was still so shaken up. Then the first domino fell. My one buddy made it to the point in the story where I sat down in the recliner and he could no longer hold back his laughter. This proved to be a contagious ailment and within the span of one minute, everyone there was laughing hysterically as I plodded through the story of my own stupidity. It wasn’t until the point in the story where I rolled over the arm rest of the chair to escape that I too finally started to find the humor in it. By then, people were holding themselves to keep from peeing, and there were multiple mascara streams running down faces as my coworkers got a solid guffaw at my expense. They had tried all summer to get this old guy to come out and party with them. When I finally did, apparently I did not disappoint.

I stayed at this place as long as I could into the next day for fear of walking outside and being spotted. Just four thin aluminum walls away from where I finally slept, someone was standing in their living room with a furrowed brow, and scratching their head trying to figure out why the hell the footrest was extended on the La Z Boy. When I finally left, I seriously contemplated stealing my friend’s shoes. Not because after last night’s events I enjoyed my new life as a criminal, and wanted to keep my spree going, but because I wanted my footprints to be a different size when I left. Just in case there happened to be an old curmudgeon with a giant ass and a shotgun outside accompanied by sniffer dogs and a fully equipped forensic team. You never can be too safe.

So if you owned, or at least lived in a trailer on the north end of Ocean City, Maryland about six years ago and woke one hot August morning to find your recliner fully extended for seemingly no apparent reason, your mystery is now solved. I’m afraid it was me. I give you my word that it was completely unintentional and without any malicious intent. I didn’t take anything nor did I do anything wrong other than fail to return your legendary chair to its upright position which admittedly was very discourteous of me. You may have also noticed the faint lingering aroma of a few chili dog farts. For these transgressions, I am truly, deeply, sincerely, and humbly sorry. I hope you can accept my apology and now enjoy a laugh.

Retrospectively speaking, my one main regret about that night is that I didn’t leave the pinwheel sitting in the recliner when I left. Looking back on it now, THAT really would have brought the story together and plagued the old man with the massive posterior for years.

If you are one of my coworkers from that summer, particularly one of the dozen or so fortunate enough to have been present at this party, then YOU ARE WELCOME. Against my better judgment, I told this story just for you. Thanks for playing along everybody. 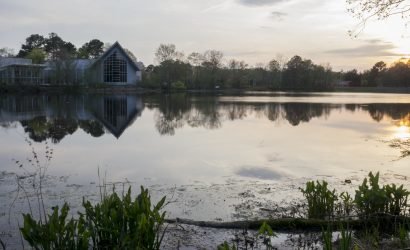 A Lucky Girl’s Life: Learn How to h.e.a.l. Yourself