I’ve been racking my brain all week trying to come up with something to write about. Nothing too exciting has happened in my ambitious career of bartending lately, and I’m sure you probably need a break from reading about my kids. In the past, whenever I needed a filler piece, or couldn’t come up with material, I’ve been known to occasionally provide you with a top ten list. I believe it was one of these that first solicited the “disclaimer paragraph” at the end of my article. So this week I’m going with TOP 10 JOBS I’M LEAVING OFF MY RESUME. These are in no particular order, and as always, I’m going to ask that as you read, you operate under the assumption that I’ve been around forever, and I’ve been pretty much everywhere. Needless to say, these are fictitious, but let’s have fun with it anyway. Some, I will explain why they’re being left off, but most require no explanation at all.

10. 1982-85: I was Manuel Noriega’s Dermatologist. If you’ve ever seen this man, you understand why I’m not proud of my work. His complexion looks much like a relief map of the Andes. I believe that before I came along, he was a goalie on a professional lawn dart team.

9. I worked briefly as Sonny Bono’s personal ski instructor. We all know how that worked out.

8. In the late eighties, I did a brief stint as a Buddhist monk. Unfortunately, I misread the fine print on the scroll at check in time. What I THOUGHT was just a type-o, turned out to not be one at all. As it turns out, if you leave the letter “R” out of the word CELEBRATE, it takes on a whole different meaning. Not for me. I packed up my sandals and Enigma CDs and took the next yak out of there, never looking back.

6. 2006: I worked for a little while as Anna Nicole Smith’s pharmacist. It was a pretty good gig and the pay was great, I just couldn’t handle the hours. Being on call 24/7 just wore me down after a few months. As it turns out, I jumped ship just in time. A sad ending it was. Anyone NOT see that coming? What…too soon?

5. A few years back, I worked as a personal assistant to Mel Gibson. This job required me to wear too many hats, and I’m ashamed to admit that I just couldn’t keep up. Here is a list of some of my duties.

Sorry I let you down Mel. Not too late to do another Mad Max sequel. I’m just sayin.

4. I worked for a while as John Denver’s flight instructor. The weird thing about this job is that I was also his A.A. sponsor. Unfortunately, he was hung over and didn’t make it to class on reserve fuel tank day. Gives a whole new meaning to the line “Rocky Mountain High”. To this day, I still tear up during the seventh inning stretch. Farewell Country Boy. You are missed. By the way, does the Big Guy really look like George Burns?

3. I spent an entire year of my life that I wish I could have back. During this time, I co-authored a book with Scott Peterson titled “Fun Things To Do With Your Family At Christmas Time”. For reasons I still don’t understand, the book was never published. I even promised not to share any of the proceeds with him. Oh well, lesson learned.

2. I once created a reality TV show and pitched it to the networks. I already had a lengthy list of C-list celebrities on board. It was to be a weekly competition hosted by Monica Lewinski titled “Dancing With Cigars”. Once I realized that the only network willing to air it was BRAVO, I pulled the plug on the project.

1. I worked for several years as an acting coach. I’ll now provide you with a list of my notable students, their most noteworthy roles/where their career peaked, and some signature acting techniques that I taught each of them.

MATTHEW MCCONAUGHEY. Career peaked in the movie “Dazed and Confused”. I taught him:

KEVIN COSTNER. Career peaked with the movie “The Big Chill”. (Yup, he was the dead guy in the first three minutes of the movie. I think it was his best work). I taught him:

NICHOLAS CAGE. Career peaked in the movie “Fast Times At Ridgemont High”. I taught him:

KEANAU REEVES. Career peaked with “Bill and Ted’s Excellent Adventure”. I taught him:

BRENDAN FRASIER. Career peaked with Disney’s film adaptation of “George of The Jungle”. I taught him:

The list goes on, but I want to save some for another column. I hope you all enjoyed my sarcasm. Thanks for playing along. 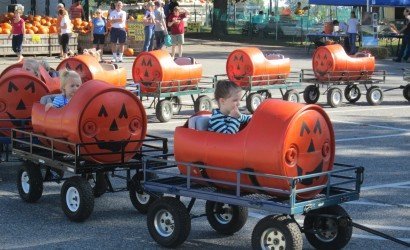