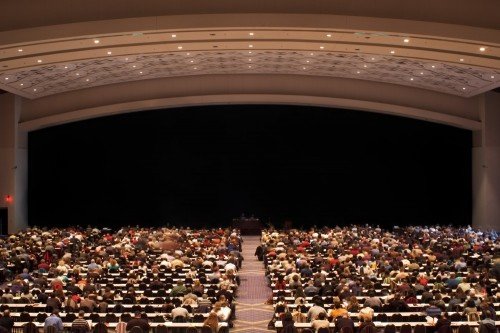 Although the Civil Rights movement may be seen as a hallmark in American History, the fact remains that we are still fighting for equal rights, be it race, sexual orientation or socioeconomic status. Salisbury University just wrapped up their production of “The Laramie Project”, a play focusing on the fatal beating of a gay college student in Laramie, Wyoming. The acts of violence committed shocked the nation and was a wake-up call to many that can be best summarized in the words of one of the plays’ characters, “I didn’t understand the magnitude with which some people can hate.”

On October 7, 1998, Matthew Shepard, a college student at the University of Wyoming, was abducted, tied to a fence in a remote location, and beaten by two other University students. Shepard was found 18 hours later and taken to a hospital where he remained in a coma for five days before finally succumbing to his injuries. The two perpetrators, Aaron McKinney and Russell Henderson, were both eventually found guilty and sentenced to life in prison. The tragic event resulted in a flood of media attention, shedding light on an otherwise unknown level of hate crimes occurring in our country.

During the time before the trial, Moisés Kaufman and the Tectonic Theatre Project, traveled to Laramie to conduct interviews from townspeople about the events surrounding Shepard’s death. Their work ultimately culminated in “The Laramie Project”. The play highlights the conflicting views on life in a rural town, Shepard’s funeral, and McKinney and Henderson’s trial. “It truly is unlike any other play,” actress Linda Bancroft said, “the focus is not just on characters; it has its own political objectives and views of human rights. You come away from the play with a new perspective.”

There are several highly-charged and emotional scenes in the play, scenes that left hardly a dry eye in the theater. When Shepard’s friend, Romaine Patterson (played by Bancroft) walks onstage shedding tears and delivering the news of how she discovered her friend’s death, the theatre echoed with the sounds of crying audience members. During a trial scene when the court is deliberating whether to give McKinney the death sentence, Shepard’s father stands up to give a monologue. This moving speech is reflective of a father’s feelings over the loss of his son.

Another topic highlighted in the performance was the involvement of the highly publicized Westboro Baptist Church members who protested at Shepard’s funeral. The Westboro Baptist Church is known for demonstrating their conservative beliefs and ideals at various events, from funerals to concerts. The Westboro members are also known for emphatically condemning gay lifestyles and gay rights. At Shepard’s funeral protesters held homophobic signs and shouted other anti-gay remarks. In the play, there is a scene when a fight seems eminent between the protesters and a large man dressed in all black. However this ominous character begins to lead Shepard’s friends in singing “Amazing Grace.” This scene created absolute stillness throughout the audience and goose-bumps to all who listened.

While protesting at a funeral may seem unlawful, the Supreme Court has ruled that this action is legal under freedom of speech. This controversial issue completely resounds within Actor Al Snyder who played the role of Shepard’s father in “The Laramie Project”. Snyder has personally fought the Westboro Baptist protesters in court in his real life. Snyder’s son, Marine Corporal Matthew Snyder was killed in Iraq in 2006 and Wetsboro Baptist members were present at his funeral. Because of the personal connection, Salisbury’s Director Pfeiffer asked if Snyder would be willing to be involved in this play.

Westboro Baptist members also threatened to protest during Salisbury University’s performance of “The Laramie Project”. They had targeted actors involved with the play over social media and warned Director Pfeiffer of intentions to attend last Sunday’s performance. In response, University police set up barricades in SU’s Red Square to separate 50 counter protesters (comprised of SU students and faculty) from the Westboro Baptist protesters. However, the Westboro members did not appear on campus. Counter protesters, dissolved the anticipated tension by mirroring the play and singing “Amazing Grace.” Bryan Horikami, a university Communications professor, told us “This is (the Westboro Baptist’s) strategy. They will list several venues. They may show up, but the fact that they list it causes a lot of preparation.” The only sign of formal protest occurred when four audience members walked out of the performance, crossing the stage, during a character monologue. Sticking to the mantra “the show must go on,” actors did not allow this to discourage them and the play continued as planned.

ShoreBread took an emotional journey along with audiences at “The Laramie Project” and we were glad for the experience we had. Stay tuned for more on SU performances this semester…

Wing It at Sea Witch This Weekend in Rehoboth