I’m now smack in the middle of my third annual, self-imposed house arrest. By that I mean that the restaurant I work in full time is closed for the slowest month of the year, and I have essentially become a recluse. So unfortunately, I really have nothing else to write about except for what is going on in my own house. Fortunately, my home life is just bizarre enough that I should be able to get a column or two out of it.

Don’t feel sorry for me by any means. I could leave my dwelling if I were so inclined. I’ve simply made a conscious choice not to. It’s only mid-January, and I realize how easily, and comfortably I could completely alienate myself from all other humanity – or at least those who don’t carry my genes, or wear jewelry that I’ve purchased. Please don’t take it personally. I’ve met some really wonderful people in my life, many of whom are reading this. But if I can still write and maintain a level of communication with all of you in flannel pants and slippers without shaving or bathing, then count me in. Trust me when I say that none of you want to see me right now any more than I want to see anyone. I kind of look like I either just fell out of a boxcar, or perhaps I once shared a hut with John McCain. In the past weeks, I have become a very successful hair farmer. My face and head are now actually viable options for places to smuggle things. We couldn’t find the baby for a few hours the other day and she showed up in my beard. The weird part is that when we found her, she was knitting a sweater from my naval lint. What? I thought it was pretty resourceful of her given this cold spell that’s coming. There are kids her age already working in sweat shops in other parts of the world. Under the circumstances, the conditions of my face are a pretty good work environment for her and her newfound interest in the textile industry. I think we’ll get her a loom for her second birthday in July.

My goal, as it has been the past two Januarys, is to see how long I can go without wearing anything with a lace, zipper, button, buckle, strap, or even a tie of any sort. If it doesn’t have elastic, it’s not going on me. If I have to bend to operate it, my feet won’t be in it. Being fleece-lined and baggie will certainly better the odds of anything coming in contact with me for these four weeks. So far, I’ve done pretty well. I guess the upside is that I’ve inadvertently finally found a full proof form of birth control in my house. As long as I have the Cro-Magnon look rocking, my lovely bride refuses to breach a six-foot perimeter around me. So I can say with conviction there will be no new Nichol-ettes arriving in the fall.

I wasn’t supposed to share this next part, but my wife doesn’t read my stuff anyway, so I’m going to. I believe it was around day two of my little hiatus. I was still pretty motivated, and delusional enough to think that I was going to spend the next month accomplishing household projects. (A plan that was completely abandoned by day four, by the way.) So I started cleaning out some closets and various storage areas in my house. Much to the subsequent dismay of my saintly bride, this is when I found a box in the back corner of a closet in the guest room. To me, it was like discovering plutonium in there; to her, it was like taking the top off the septic tank. I had just found a time capsule that couldn’t wreak any more of the 80’s if there was a still-hot Kelly LeBroc inside of it. (When you have the time, Google pictures of her then and now, and that last line will have a much greater impact.)

This box, (which evidently had been sealed some time during the Reagan administration), had somehow managed to slip through the cracks of several moves, a handful of natural disasters, and a couple marriages. Of all of the things that have left my possession in that time period, why I still had this box will forever remain a mystery. Unfortunately, there wasn’t anything cool in the box, like an original Rubik’s Cube, or my old 8-track collection. Its contents were predominantly old clothes. And no, there were no parachute pants in there. I never wore those. I wouldn’t purchase anything done by Loverboy for many years when I found their greatest hits CD in the $3 bin at Walmart.

Basically, this box contained nothing more than a wearable version of my early work resume, and trophy case. I saved at least one work shirt from every restaurant I’d ever been employed by. I guess at some point, I thought it would be easier to carry a garment bag into job interviews rather than a folder with my resume. It was what I found underneath of the stack of busboy polo shirts emblazoned with the logo of long since closed eateries from the Baltimore metropolitan area that became the source of excitement in the coming days. There, at the bottom of this box neatly folded as if done so by the Gap employee of the month, were my high school football jerseys.

Don’t worry. This is not by any means about to morph into a ‘glory days’ piece. It doesn’t matter where in Baltimore County I attended high school, but at the time, it was the newest school in the county which had only been open a few years. When you are the youngest in a county of that many schools, you don’t exactly get the pick of the litter as far as school colors go. For some reason, I didn’t realize at the time just how awful brown and gold were. At least we called it gold. It was really a shade of yellow so aggressive and vibrant that Skittles would discontinue the use of a dye this shade for fear of it being carcinogenic. It was like Baywatch vehicle yellow. When you wore this shade, you had to keep an eye out for giant cats named Sylvester who spoke with a lisp and wanted to eat you. It was a shade of yellow that would even make Curious George’s handler say, “Oh hell no! I am not wearing that!” I could go on, but I think you get the point.

With the jerseys was my pair of sweatpants that I wore at practice every day, which even after three decades and probably thousands of washings, were still the aforementioned shade of yellow. My wife was in the other room, so of course, I immediately stripped down and squeezed myself into the sweats which made my lower half look like a bloated bottle of French’s mustard. I then put on my home jersey that was brown with letters and numbers the color that they somehow sold to me as “gold.” Now keep in mind that this was the mid 80’s, so high school football jerseys were not the kind that were tucked into the pants. They were mesh, and they were half shirts. The last time I adorned this particular ensemble, apparently I was a much, much different body type. There was now a lot more of me in all of the wrong places. Everything was pretty much skintight and the bottom of the jersey rested just below my rib cage on a gut that quit smoking almost exactly a year ago.

Now I’m going to leave you this week with that disturbing mental image. Trust me when I say it could have been much worse. My poor wife got out of the shower and had to actually see me like that. Thanks for playing along. 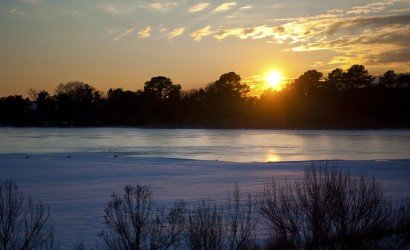 Beer Tour “From the Land of Pleasant Living”