I recently wrote a two-part piece on all of the comparisons to various celebrities I’ve gotten from my bar patrons over the years. They cover a humorously wide range and change dramatically with the seasons, as does my look. Well there’s still a cold winter at the beach ahead.

By the time we get into January, I’ve put on the bulk of my winter weight to keep me warm. I have no dogs, and according to my wife, my nocturnal flatulence and snoring are unbearable. Hence I have no one to snuggle so I have to get fat to stay warm on cold nights. The hair and beard have both gotten long and thick by now. And in the war of my hair color, the salt army is starting to win more battles than the pepper. There is a noticeable shift in the balance.

This is the time of year when the comparison I get most often is Andrea Bocelli. My response to this is entirely dictated by the manner in which the observation is delivered. Sometimes it’s presented to me with a hint of offensive condescension.

“You probably don’t even know who this is, but you look just like Andrea Bocelli.” As if they’ve already decided that a lowly moron bartender couldn’t possibly have any culture. Why would I possibly know anything about a 56 year old, Italian born phenomenally talented world-renowned opera star who happens to be blind? In this particular circumstance my response will be, “yeah, she’s that tennis player, right?” Because once they’ve made the assumption that I’m stupid with no foundation or merit, I can’t help but have fun with it.

Other times, if the people seem bright, sincere, and have a sense of humor the exchange will go something like this:

Them: “You know you look just like Andrea Bocelli?”

Me: “Yes, but he has an excuse.” Then I usually walk away and give them a moment to think about that.

I don’t think anyone ever has any malicious intent when they try to compare someone to a similar looking celebrity. They just don’t always process the fact that the analogy may not necessarily be flattering. For example, if you encounter a stranger who looks like any member of the Rolling Stones, or any tertiary character from one of the Mad Max movies, keep it to yourself. Chances are that is not going to brighten someone’s day.

I did get George Clooney once, but this woman was flirting with 90 and I truly believe that every male 65 and under looked like George to her. The deeper into the winter I go, the less flattering my designated doppelgangers tend to be. I like to think that when people make the comparisons that they are envisioning the celebrity as they once were, not necessarily what they must look like now. I say this because by mid February, I evidently have morphed from Mr. Bocelli, into Kenny Rogers. Now it turns out that Kenny is 32 years my senior, so how one could try to spin that positive is beyond my comprehension. I can only hope that they haven’t seen him since he first released the Gambler. The funny thing is though, when I just did my research to find out his age, I happened upon a website titled, “Men Who Look Like Kenny Rogers.” I will be visiting that topic another time there’s so much to say!

During the portion of the winter when I have some significant time off, I loosely resemble Nick Nolte’s mug shot, but I generally avoid any human contact at these times.

Once we get into March, the comparisons along with my weight apparently continue to escalate. This is when I start getting Michael McDonald. I always hope they mean a cool, Doobie Brothers version of Michael McDonald. I never ask though. Because I’m pretty sure they’re leaning more toward the commercial jingle crooning model who resembles a Silverback in a sport coat. Again, not the most flattering thing you could say to another person. If I must look like him, I prefer to think that I’m belting out Oh Black Water, rather than the soothing voice in the background of an ad for an erectile dysfunction pill. (I don’t even know if he really does that, it just seems that his voice is everywhere in the background of life in general, so I may have embellished a bit.) I get this one pretty often though, so I must look somewhat like him though I don’t see it at all.

I don’t think there’s a hidden message or moral to this story. If there were though, it would be that evidently all white guys over 40 with salt and peppered hair and a beard look alike. It kind of troubles me that the only other theme to all of these guys is that each of them is at the very least, 15 years older than I am. It’s also kind of disconcerting to know that if I stood in a police lineup with Kenny Rogers, Dennis Miller, Michael McDonald, Kenny Loggins, Andrea Bocelli, and Donnie Osmond that the victim apparently would be completely befuddled. There’s a good chance that someone is going to walk free. My guess would be Donnie. Maybe I can get together with all of these guys and make a really creepy Heineken commercial on a cruise ship.

Once we get into April and May, thankfully it’s starting to get warmer; I’m working harder and chasing my kids around a playground. So the weight comes of relatively quickly though it’s taking a little longer with each passing year. And the first time I break a sweat the hair and beard all come off. It’s a good thing that the winter is not two months longer because I don’t think I could bear being compared to Orson Wells or Sebastian Cabot. The first time someone called me Mr. French or the Gallo wine guy might finally break my spirits.

On two consecutive years, the ritual of my springtime shedding nearly unintentionally scarred my children. I didn’t mean to, but it happened with both of my young ones who are soon to turn three and two respectively. When each was still in their first year it came time for my spring haircut. With both of them, they were napping when I got home. So I would shower and greet them when they awoke. It didn’t occur to me, not even the second time it happened that these little girls had only known me as Daddy with long hair and a beard. Now they wake up to a complete stranger standing over their crib with short hair and clean shaven. It absolutely scared the hell out of both of them and I felt horrible. (Though I do laugh now about it) I’m hoping the event doesn’t burrow its way into their cognitive memories for life and subsequently affect their dating choices.
Thanks for playing along.

Until next week,
Syd Nichols 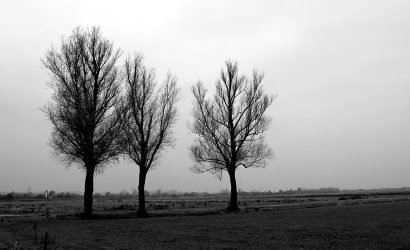 Mental Wellness Moment on the Shore: Fall is Coming and so is Seasonal Affective Disorder 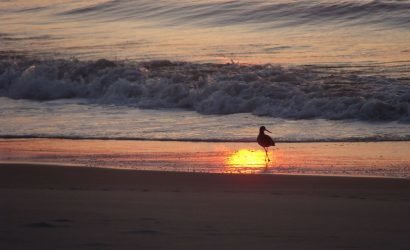