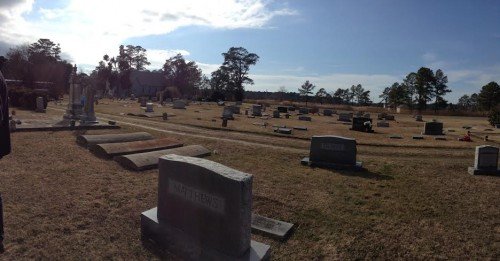 On most occasions when people think of the paranormal they think of Halloween and the fall season. Wouldn’t it be great to have a supernatural experience year round? The author of Haunted Eastern Shore, Ghostly Tales From East of the Chesapeake, Mindie Burgoyne offers just that. Mindie runs her tours through, “Chesapeake Ghost Walks”, and offers year round ghost walks and winter bus excursions.

Twelve years ago Mindie moved to the eastern shore with her husband, from Howard County. Shortly after writing her book (Haunted Eastern Shore) in 2009 Mindie received an immediate reaction. People were contacting her from all over in excitement suggesting Mindie construct ghost tours. In 2010 Mindie answered the many requests and produced her first guided ghostly tour.

The first tour was a bus tour through Crisfield offered by Chesapeake College through the colleges summer enrichment program. Shortly after, the tour proved successful and Mindie soon moved on to walking tours with her first visit being Easton. The tours indeed proved popular being the largest cluster of regional ghost walks with 48 tours total and all but three selling out. The tours developed their own fan base including one couple from Girdletree who has attended every tour. Chesapeake Ghost Walks were very unique and Mindie’s tours even won the “Best New Heritage Initiative” awarded by the Lower Eastern Shore Heritage Council.

With walking tours ranging from Berlin to Easton, Cambridge to Denton and even internationally in Ireland, and bus tours offered in more rural areas such as Talbot County and Somerset County, it’s easy to find one of Mindie’s many offered excursions. The Somerset County bus tour consisted of travel in a luxurious motor coach with the tour covering areas such as Princess Anne, Crisfield and Marion. The tour even took attendees to Mindie’s notorious haunted house! The guests are entertained with haunted stories and astounding history on and off the bus at the various locations.

Some of the locations were well known such as, The Princess Anne Jail which claimed to still be haunted by prisoners and law men alike and the Teackle Mansion, still holding onto remnants of the regal, old Colonial class, located in Downtown Princess Anne. Others were obtained from local folklore and word of mouth (all backed with factual evidence). The cost of the bus tour is $29 dollars per person and the excursion itself is packed with four hours of significant local tales of the strange.

When asked what made Mindie get into the paranormal field she laughed and replied, “I wrote a book!” Mindie claims that her house itself is haunted. “I was always interested in mystical places and things that were a little different,” Mindie proclaimed. The tours Mindie offers are simply second nature to her and have evolved, “none of it was intentional”, Mindie admitted.

The tours not only satisfy a taste for the unknown but also provide education on select history of the town being explored. “Sure you can visit anywhere and have lunch but you may forget it after a while. With tours like these you feel as if that town is an old friend and you leave knowing who the heroes are and who the villains are. You experience the town’s fabrics of history” Mindie passionately stated.

Mindie even boldly offers a tour in Ocean City MD. “It’s great to connect visitors with that kind of history.” Mindie explained the nature of such a challenging tour. “There were no ghost stories out there. I had to factually dig in history and archives, it was hard but I found the stories and I crafted that walk myself. Rather than looking at an old Victorian house we were in front of places like Trimpers Rides and the Life Saving Museum.” You can find this tour as well as the bus tours and other excursions offered at, Chesapeakeghostwalks.com advanced registration is required. 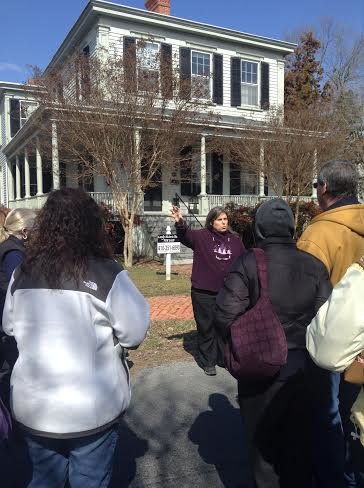 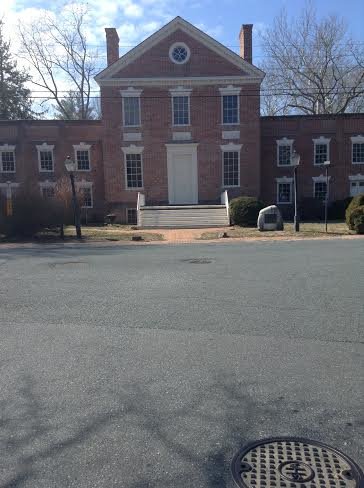 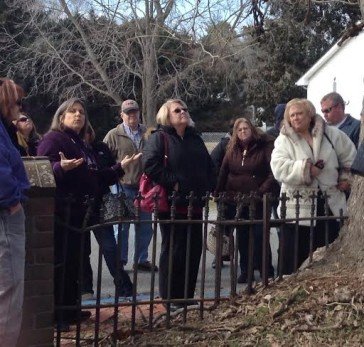 The Irish Penny: Bringing the ‘Luck of the Irish’ to Salisbury