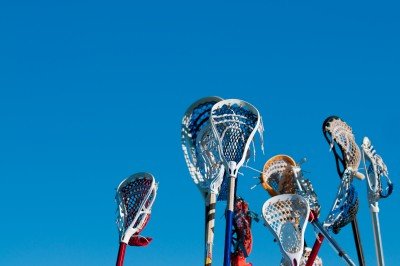 While we have noticed a heightened interest in the NBA and NHL playoffs lately, there are plenty of local sporting events to revel in as well. The weather has been in our favor lately, so instead of sitting on the couch with your faces glued to the tube, we suggest getting outside and cheering on our local Salisbury University sports teams!

The Salisbury Sea Gulls are flying high on the diamond. After winning the Capital Athletic Conference title earlier in the season, SU’s baseball team placed an automatic bid to compete in the NCAA tournament. On Monday they took the next step in defeating Case Western to advance to the Division III College World Series. This will be the fourth time the Sea Gulls have competed in the College World Series and it will be the first since 2011.

Many of the Sea Gulls were also awarded with All-Region titles including Juniors Brett Collacchi and Kyle Hayman who made All-South First Team and senior Johnny Schiotis and junior Kyle Hamby who were named to the Third Team. Head Coach Doug Fleetwood was named South Region Coach of the Year.

This Friday at 4:30pm the Sea Gulls will take to the field again in their first game in the Series against No. 5 State University of New York at Cortland in Appleton, Wisconsin.

Salisbury’s Softball team is preparing to make its eighth appearance at the Division III Championships on Thursday at 2:30pm. These fast throwing women made it to the tournament after a hard swinging win over Christopher Newport University this past Saturday. Saturday’s game was quite a battle that tested both the defense and offense on both teams. Luckily the Sea Gulls pulled it out of the bag just in time for a 8-7 victory. They will compete against the winner of the Naperville, Illinois Super Regional, either University of St. Thomas (Minn.) or North Central College in Tyler, Texas.

Salisbury also had another winning women’s team on the field this past Sunday, as the women’s lacrosse team faced off in the regionals. While this game wasn’t a nail-biter, it’s always thrilling to see these ladies dominate. With a score of 11-6, SU’s lax ladies defeated Franklin & Marshall College, in the regional final, sky-rocketing the team to the national semifinals next Sunday at 4 p.m.

As usual, the women’s lacrosse team had several teammates receive IWLCA All-Region and All-Capital Athletic Conference honors, including Senior Ashton Wheatley and juniors Bethany Baer and Laura Maskell, who landed spots on the list of 12 First-Team All-Americans. Wheatley, the starting goalkeeper, has now been named an All-American three times in her career, making her one of the most decorated women’s lacrosse players in SU’s history.

ShoreBread was out among the crowd Sunday night to watch the highly anticipated “War on the Shore,” where Salisbury’s men’s lacrosse team battled longtime rival Washington College. We had a bit of a scare in the first quarter as Washington scored three unrivaled points. But the tide quickly changed as the game continued, with the Sea Gulls securing a 13-8 win.

The team also played in front of a massive crowd of 2375 people, which is the largest crowd the stadium has hosted with the exception of 2010, when War on the Shore brought 2504 spectators.

The Baltimore bound Sea Gulls will be playing at 1 p.m. this Sunday against Tufts University, a team they also competed against in the finals in 2010 and 2011.

Keep cheering for our hometown teams…our community support has done wonders so far and you know what they say, its only weird if it doesn’t work!