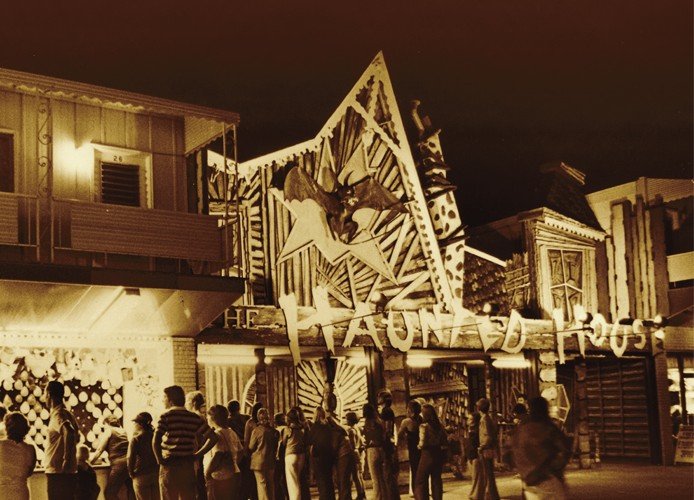 Trimper’s Rides hold a special place in the hearts of locals and visitors of our resort town. In fact, one could argue that Trimper’s is synonymous with Ocean City, with a heritage that dates back to the late 1800s. A new book is out, titled Images of America: Trimper’s Rides, which presents unique images selected from the Trimper’s Rides archive as well as from private collections in an effort to capture the spirit of Ocean City’s beloved family fun attraction. We got a sneak peek of the book last week, which is replete with black-and-white images and overflowing with nostalgia. If you associate your youth or your annual trips to Ocean City with Trimper’s Rides, we highly suggest picking up a copy.

Monica Thrash and Brandon Seidl compiled the book as part of the Images of America series, which celebrates the history of neighborhoods, towns, and cities across the country. Thrash is a longtime resident of the Eastern Shore, working closely with Trimper Rides to research its rich history. Seidl is the creator of ochh.net and the co-creator of BillTracyProject.com.  “This book pays tribute to the many people, events, and attractions that have made Trimper’s Rides the unforgettable destination for family fun for over a century,” states the authors early on, a theme which reverberates throughout each chapter.

The Trimper family made a permanent home of Ocean City in 1892, when Daniel B. Trimper purchased his first lot at the southern end of the emerging resort town. According to Thrash and Seidl, “the Trimper’s first property, located between South Division and South 1st Streets, included two hotels along with a theater for films, boxing, and vaudeville actors, concessions and a merry-go-round powered by the strength of two men.” Over the years the Trimper’s influence on downtown Ocean City and the south end of the Boardwalk grew as they added more rides, attractions and stores. The Trimper’s influence went well beyond real estate however, with members of the family playing significant roles in the community, whether it was serving in politics, within the Volunteer Fire Department, or in various civic groups within the community. One fact we found particularly interesting in the book was the Trimper’s role in developing Ocean City as a family-friendly town. “Gambling was a growing problem for the resort as slot machines appeared in businesses all along the boardwalk. Mayor Dan Trimper Jr.’s administration worked with state police and county prosecutors to drive gambling out of Ocean City. The resorts reputation as a family destination subsequently grew.”

The book takes the reader through the history of Trimper’s Rides, with photos and postcards dating back to the early 1900s and taking you through present day. A significant portion of the book also focuses on the famed Haunted House, which opened in 1964. The Haunted House was designed by Bill Tracy, who is also known for his work as a float and balloon designer for the Macy’s Thanksgiving Parade.

Photos and information on the Tidal Wave are also included. According to the authors, “Granville Trimper needed to find a thrilling ride that would fit into the space limitations of the park. He chose the Boomerang roller coaster, made by Dutch ride manufacturer Vekoma, and name his version the Tidal Wave.” The ride officially opened in 1986. As was tradition, Granville and the staff were the first to give the new attraction a try.

All in all, the entire book serves as a concise and fitting overview of the Trimper’s history in Ocean City. The photos are a testament to that history, chronicling the changes that not only Trimper’s has endured over the years, but the town as well. While Ocean City has seen many significant changes since Daniel Trimper bought his first piece of property here in 1892, it’s comforting to see the traditions he dreamed of holding true today. Each year, thousands of people visit Trimper’s Rides, carrying on the long-held traditions that are exemplified within the pages of Images of America: Trimper’s Rides. 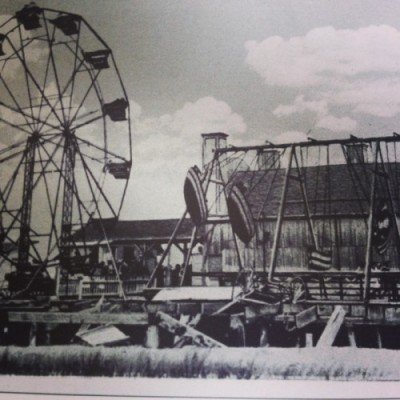 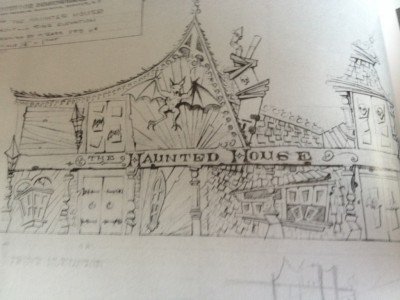 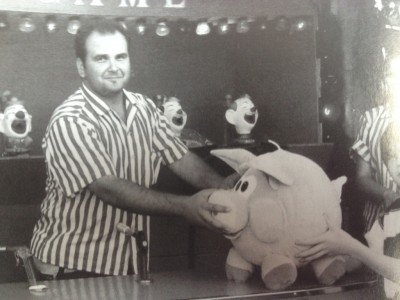