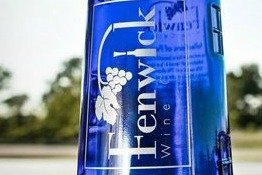 To some of us at ShoreBread, there is nothing sweeter than taking a stroll at dusk during the warm summer months; correction, it can be sweeter…with a glass of wine in hand. In an effort to take advantage of the weather, we decided to venture just a few steps over the state line to Selbyville, Delaware to visit Fenwick Wine Cellars.

For husband and wife team, Adrian and Shannon Mobilia, this agricultural business endeavor seemed like the natural choice. Adrian, a fourth generation farmer, grew up in rural Pennsylvania on the banks of Lake Erie where he lived on a 200-acre farm that produced different varieties of fruit.

With farming in his blood and indelibly on his mind, Mobilia went to Penn State to major in horticulture and to study his passion via higher education. It was also during his collegiate career that Mobilia helped his father grow grapes for wine on their farm, eventually leading to the Mobilias’ first winery, Arrowhead Wine Cellars.

Fast-forward through time and travel a couple miles south and you’ll find Adrian and Shannon providing Delmarva with the fruits of their agricultural labor. Shannon told us about the different varieties of wine that Fenwick Wine Cellars sells; “Niagara is by far, our best-selling wine.  It is a sweet white wine,” Shannon said.  “The Ambrosia and Reilly’s Red are also very popular.”

Not only are their wines popular, but they have also won several awards.  Fenwick Wine Cellars wines have won 28 medals in total from competitions as far south as Florida and as far north as Rochester, New York for the Finger Lakes International Wine Competition. They’ve also won medals in 14 different categories including double gold in the 2010 Florida Competition and the 2011 Cabernet Franc, where they won four medals.

Some of the wine choices include Chardonnay, which has notes of tropical fruits, butter and vanilla, the Catawba, which has an intense grape flavor with hints of citrus, and Cabernet Sauvignon, which has tastes of cherries, currants and oak. We’re also interested in the vignoles, which is described as having fruity flavors of peach and apricots.

The Mobilias’ also make a long list of fruit wines such as Blueberry, Green Apple, Cherry, Strawberry and the 2012 bronze medalist Peach. They also make wine chillers, which are similar to smoothies. This fun drink is the perfect way to help wipe away the summer heat.

The vineyard and winery not only serve up award-winning wine, it also has a unique way of presenting their wine. “The specialty bottles we do are by far and away the most popular thing,” Shannon said.  “We currently do a set of Christmas Tree Bottles (Red, Green, and White), a Red Heart for V-day, a blue lighthouse in the spring and a pirate ship bottle in the summer.” You may have read our posts on ShoreBread talking about these creative bottles, as we’ve found they make great holiday gifts and house warming presents, besides who wouldn’t want wine that came from a pirate ship?

These specialty wines and their artistic bottles can only be found in Maryland and Delaware, so you might as well snatch one up when you see them! Also, the Selbyville winery is located closely to another Wine Trail stop, Costa Ventosa. You can stop at two wineries in one day! 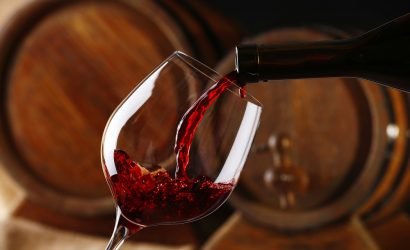 Experience Winemaking at Brews Up