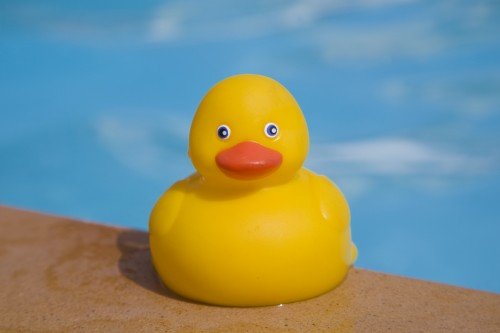 Have you ever wanted to see over 4,000 rubber ducks race in our bay? Maybe you’ve never even thought about it… to be perfectly honest, neither have we, but it sure sounds fun, especially since it’s for a great cause! The Ocean City Duck Derby is this Thursday, August 21st at Seacrets on 49th Street. What’s more, the entire event is aimed at raising money, support and awareness for Believe in Tomorrow.

Those interested can adopt a duck and their money goes to helping the Believe in Tomorrow Children’s Foundation, a terrific cause that provides hospital and retreat housing for critically ill children and their families. Locally, we have a Believe in Tomorrow Children’s House by the Sea located on 66th Street in Ocean City. “People should come out because of the good the event does. Believe In Tomorrow is a great organization helping critically ill children around the nation,” said George Kiriazoglou, media contact for Believe in Tomorrow. “What we do is why people should come.”

And boy is she right, the foundation believes in keeping families together during a child’s medical crisis, with the underlying notion that keeping a suffering child’s world normal will have beneficial effects on the healing process. Since 1986, Believe In Tomorrow has provided over 600,000 individual accommodations to help families stay together and to keep a smile on deserving children’s faces.

Ocean City is home to one of the Believe In Tomorrow houses,  the Believe In Tomorrow House By The Sea. It’s one of the many respite housing options that the foundation has throughout the United States. These respite houses have helped families escape from the highly stressful atmospheres of hospitals and medical treatment centers, giving them much peace during a time when they need it the most. Believe In Tomorrow built the House By The Sea in June of 2000. The home-away-from-home is a two-level, six-unit condominium and is within walking distance to the ocean, providing unbelievable solace for suffering families.

Ocean City is proud to be home to the Believe In Tomorrow House By The Sea and supports the effort in kind by providing many volunteer efforts such as welcoming the families, soliciting donations and planning events. In addition, each week a barbeque is held on the deck. The Duck Derby is another fundraising event to help the Believe In Tomorrow Foundation.

From 1PM to 4PM this Thursday, August 21st at Seacrets, locals and tourists will gather to witness the Duck Derby as thousands of rubber ducks paddle and plod their way to the finish line. Anyone wishing to adopt the ducks can still do so starting at 1PM Thursday, before the race starts at 3PM. The Cost is $5 per duck, $25 for 6 ducks, or $100 for 25 ducks. The prizes are $1,000 cash to the first place duck, $300 to the second place duck and $200 to the third place duck.

Stay tuned for our photos!