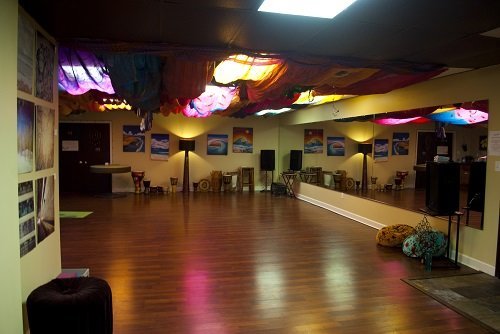 “We are all going through something, so it’s really about providing a feeling of healing and acceptance for anyone who has walked through that door,” says Zenna Wellness Studio owner and teacher Chrissy Ehrhart of her Berlin studio. The studio first opened its doors in June of 2012, and has been growing and evolving ever since. “I fell upon this place and I quickly realized how great the space was and it just went from there”

Two and a half years later, the studio is thriving, with an eclectic mix of yoga, Pilates and Zumba classes for all ages and skill levels, along with wellness classes, community events, art shows, and even a small retail space. But what really sets Zenna apart from your average fitness, yoga, or wellness studio is the sense of community bonding and healing that Ehrhart has lovingly infused into the space. When Ehrhart first embarked on her journey as a business owner, she was unfortunately faced with a few setbacks due to health problems. “The blessing, or the silver lining, was that I had to call upon my fellow yogis to help me get started, so it ended up becoming a community place…and a place of healing,” explained Ehrhart.

The studio is filled with splashes of color, mixed with muted tones, patterns and textiles, creating a calming effect as soon as you walk through the doors. Soothing smells pervade the air as you quickly forget that you were just speeding down Route 50, running late for yet another meeting. At the time of our interview, a senior class was just finishing up. We listened as the instructor and class members chatted away with excitement over the progress that had been made in recent weeks.

“We really want to be a place where no one feels intimidated but where you can still grow your practice,” explained Ehrhart. Classes are available to all ages and skill levels, from the more advanced yogi to the first timer. All classes are also steeped in a foundation of mindfulness, with a heavy emphasis on the healing aspects of yoga. “It doesn’t matter about the body,” explains Ehrhart, “it matters about the mind.”

One of the more unique aspects of the yoga practice at Zenna is aerial yoga. Aerial varies drastically from 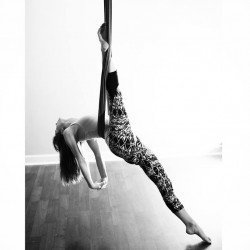 mat yoga, most notably because you find yourself contorting, twisting, and hanging upside down from a massive cloth hammock. Essentially, the hammock is used a prop, assisting you into deeper stretches while alleviating  the stress from your joints. The anti-gravity approach can go a long way for the yogi that is stationary at a desk all day, as well as for those who endure intense physical activity at their jobs. The initial reaction for many, is “no way, I’m not flipping upside down in that thing,” but Ehrhart assures newcomers that aerial is actually easier than mat (or land) yoga. “The great thing about aerial is seeing people (kids too!) overcome their fears of it,” she said, adding that most people walk away with a renewed sense of empowerment.

Other classes include Zumba, Pilates, meditation group, yoga to drums, Hawaiian hula, tai chi, and Reiki. Reiki is a newer addition to the studio and includes energy healing, aura imaging, and shakra imaging. A Japanese technique for stress reduction and relaxation, Reiki focuses on balancing your life-force energy. One True Aura’s Tibetan Reiki Master Tom Perkins offers sessions at the studio with hour and half hour sessions ($60 and $30 respectively). Note: an hour session is highly recommended for your first time.

In addition to classes, Zenna is host to a variety of events, including participation in the 2nd Friday Berlin Arts Stroll. Local art is hung throughout the space, further enhancing the strong community vibe. The first Friday of every month, stop by for the beach chair documentary night. Attendees are encouraged to bring chairs, food, drinks, blankets…pretty much a Bring Your Own Whatever (BYOW) type of affair. “It’s a series of different documentaries ranging from surfing to food to music and health,” explained Ehrhart. There is no fee, but a $5 donation is welcomed at the door. Third Fridays are slated for spiritual book club, which also maintains a pot-luckish vibe. Finally, fourth Fridays – Painting Yogis night! “We thought this would be a great way to showcase different artists….so they can share their style. It’s a meet and greet of sorts.”

Also available in the studio are retail items, including but certainly not limited to, clothes, jewelry, tea, yoga gear, oils, and other varieties of retail geared towards supporting local artisans.

Located on Main Street in Berlin, we encourage you to stop in for a class, event, or for the 2nd Friday Arts Strolls. As always, #supportlocal! 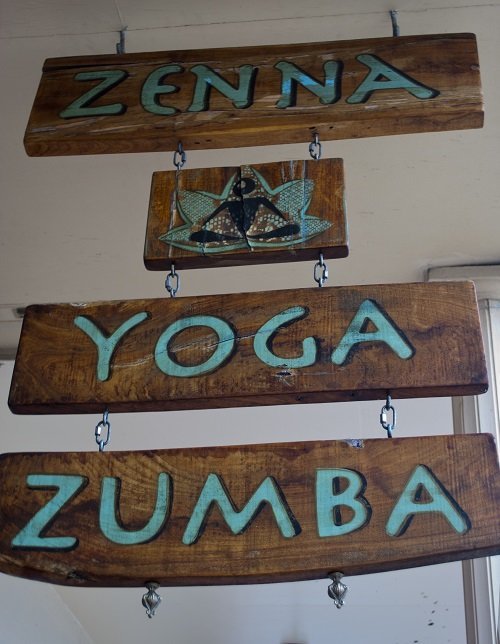 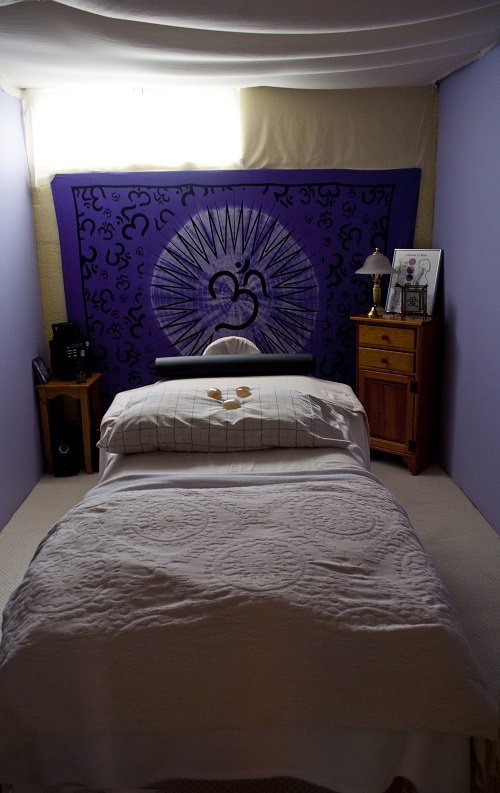 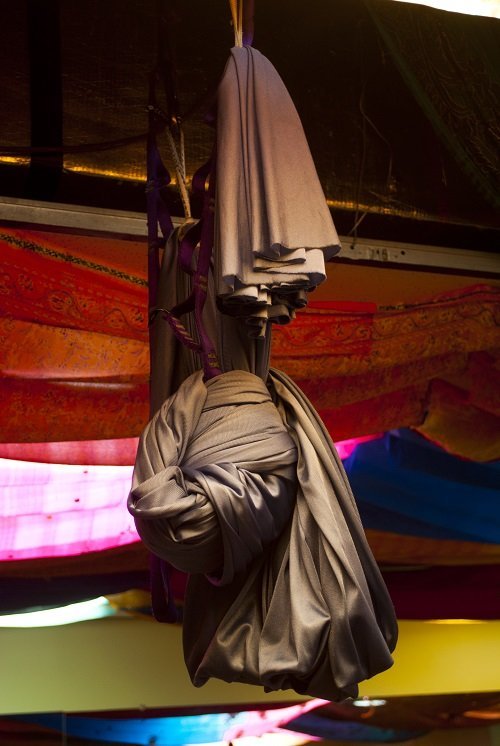 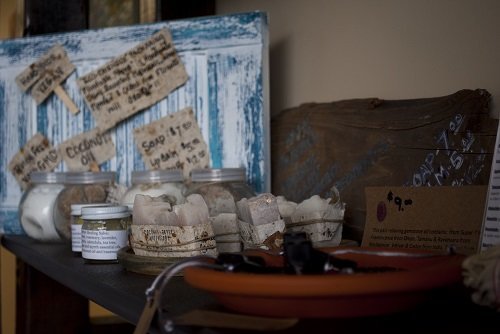 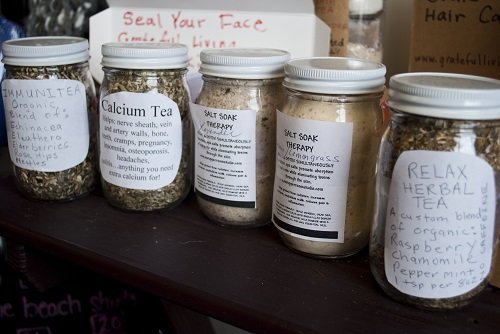 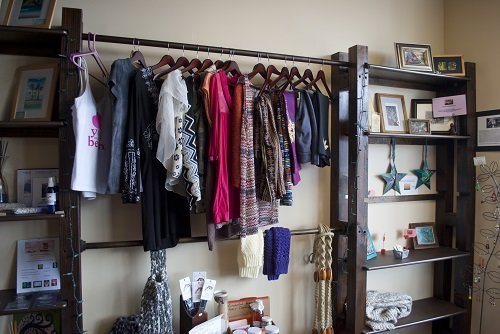 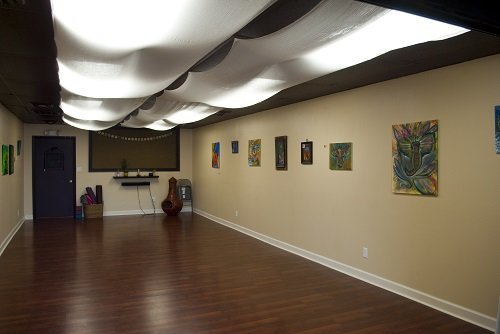 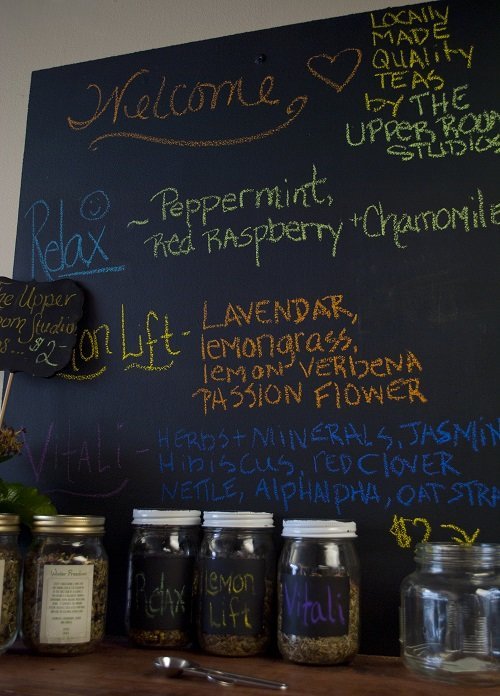 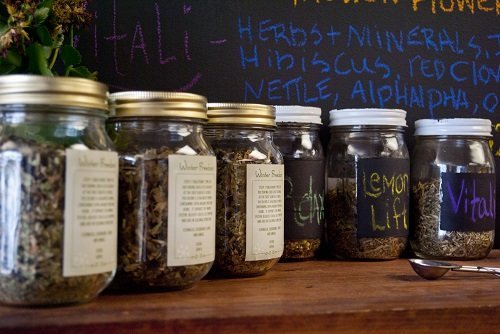