On a recent visit to New Wave in West Ocean City, we were delighted to learn that a new store had opened just a few storefronts down. Colleen was kind enough to introduce us to their new neighbors, and just one glimpse into the store had us eagerly scheduling an interview to learn more about the masterminds behind the eclectic mix of clothing artfully displayed throughout the store. What we discovered was an incredibly talented young duo on a mission to spread, share, and expand their forward-thinking clothing brand.

Described as “a creative, inspirational clothing brand expressing art through music, travels, and experiences around the world,” Earth Travel infuses owners Blaire Virden and Jeff Chadwick’s visions into every piece of clothing. But we’ll start at the beginning of Virden and Chadwick’s journey, which began with a simple t-shirt.

Chadwick launched Earth Travel Apparel on October 16, 2012 in Myrtle Beach, South Carolina – producing Eco-friendly, hand-designed t-shirts. It wasn’t long before Virden was hopping on board; taking the reins on the women’s clothing line. The pair started traveling to music festivals where they started passing out their t-shirts. “We gave them out for free to hear people’s feedback,” said Virden of the early days of Earth Travel Apparel. The idea proved to be golden, as feedback helped them shape the future of their brand. The networking also yielded an incredible array of new connections, including artists and musicians, several of which Earth Travel has sponsored. “What we really enjoyed the most was meeting all of the people,” said Virden, noting that their underlying mission is to build a brand community, not just a clothing line. “I really have an appreciation for bringing in ideas that aren’t our own.”

In an effort to build a brand community, Earth Travel has various artists that contribute to t-shirt designs, as well as band t-shirts for the bands they have met along the way. In fact, Earth Travel sponsors both artists and musicians. Artists’ designs are scanned and printed on the shirts, explained Virden, adding “nothing is altered in any shape or form.” Virden and Chadwick started out printing t-shirts themselves, but since growing as a brand, they have begun outsourcing their printing needs. Of course, they keep their printing local, using nearby New Wave. “We do want to make sure that they are locally printed…and New Wave is just a perfect fit,” said Virden.

The store was a natural progression for the brand, which was quickly growing beyond t-shirts. “I am from Ellicot City so this [Ocean City] is like home for me,” said Virden. “Plus Jeff and I are both beach hoppers.” After deciding to put some roots down in West Ocean City, the pair got to work establishing their store, which is home to both women’s and men’s clothes, as well as accessories and even a few kids tees. Virden is in charge of the designs for the women’s line (we have yet to walk into the store without walking out with a few purchases), although she and Chadwick work together to produce her visions. “He really brings it to life,” said Virden. “We really work together on that and it’s fun.”

While the store has only been open for a few weeks, Virden is already confident that Earth Travel will always have a home here in Ocean City. “The customer loyalty is great, people are just fantastic in this area so we really want to stay here,” she said. “But travel is just a part of us.” Traveling to shows with their clothing and accessories will still be a major aspect of Earth Travel, particularly since the long term plan is to continue to meet people so that they can expand further and, eventually, have international shops.

For now, the pair is focusing on the storefront, which is restocked with new products every Thursday. The merchandise also includes a few local vendors, with Virden noting that they are always open to new craft vendors. Their website is also a viable option for checking out their latest styles. Following Earth Travel on Facebook will also clue you in to frequent deals and specials happening both online and in the store. And on the immediate horizon, their ribbon cutting will be held September 10th starting at 3:30pm with specials and new items from their fall line. Sounds like another great excuse for us to do a little more shopping! 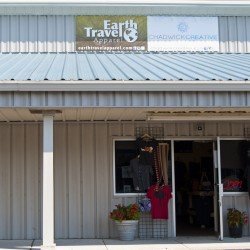 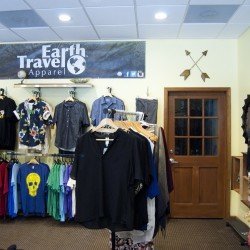 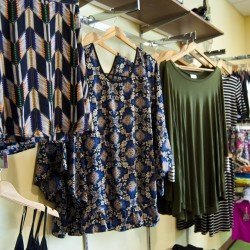 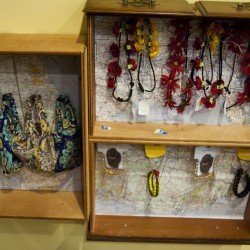 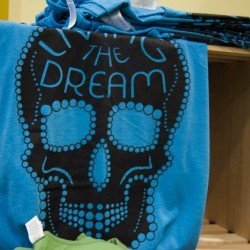 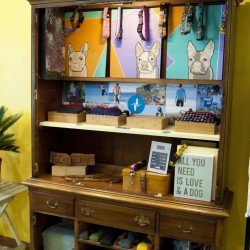 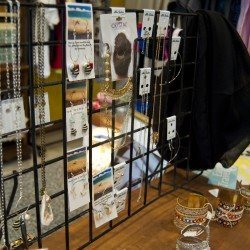 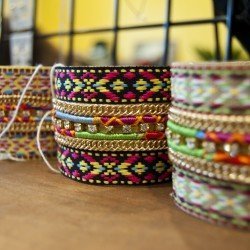 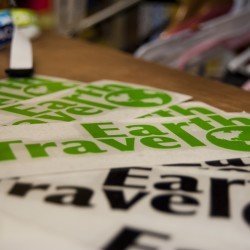 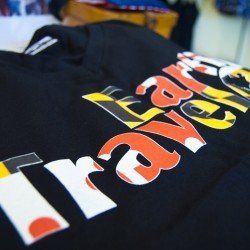 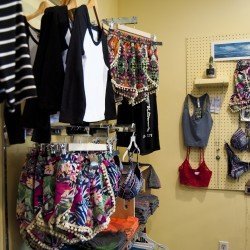 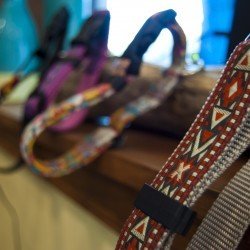 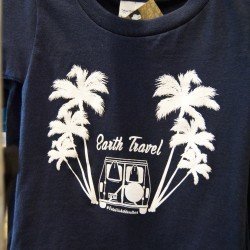 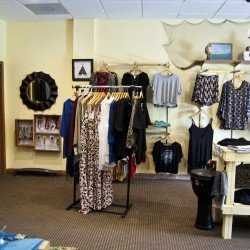 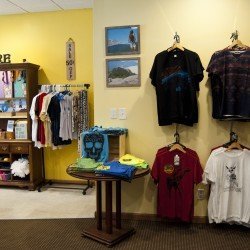 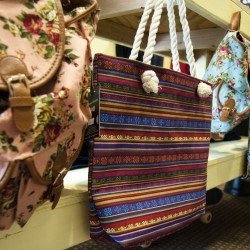 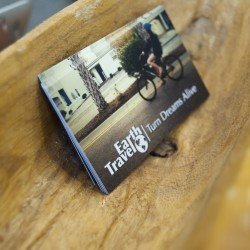