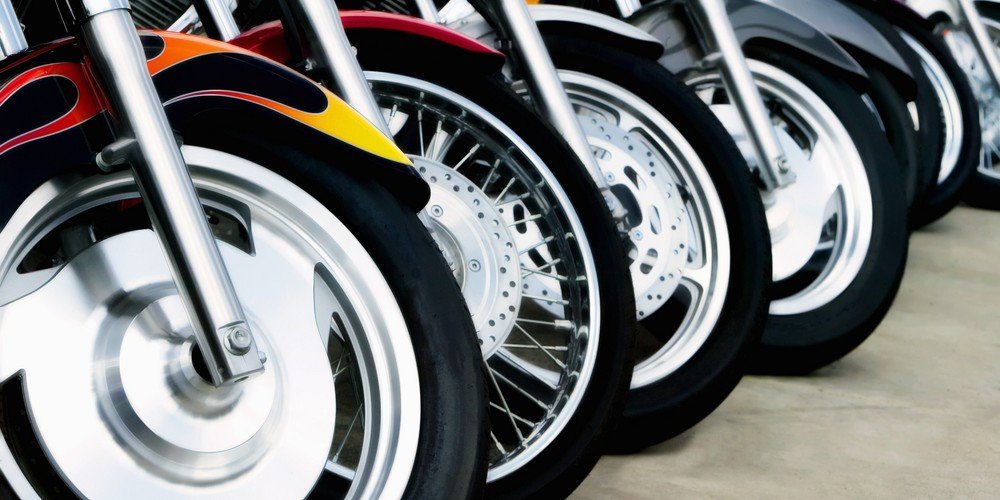 OC Bikefest is on the way and with over 100,000 bikers expected to roll into town this weekend, local bars are sure to be stocking up in anticipation. Ocean City is certainly not short on bars and restaurants, but deciding on the best spot for bike-friendly action can be a tad overwhelming. Whether you’re pulling up on two wheels or not, there are plenty of places to head to next week to take full advantage of OC Bikefest. Beyond the central hub locations at the Inlet Parking Lot and the Ocean City Convention Center, there is an endless supply of local watering holes to stop at as you cruise through town. So grab your leathers and hit the streets, its Delmarva Bike Week.

Stop in Fish Tales at any point during Bike Week and what you will find is a sea of metal. Bikers rally here for the entire weekend, so if you want an unofficial bike show, this is your place. Both the front and back lots will be overflowing with people and bikes, not to mention the addition of satellite bars to increase your chance of grabbing a cold brew. Fish Tales will also be hosting multiple vendors on site this, making them a one stop rally spot.

While you may not immediately associate Jamaica, U.S.A with bike week, the truth of the matter is Seacrets is the mid-town hub for biker action. The massive parking lot makes for an ideal place for bikers to congregate. With the beach, food, daily entertainment, countless bars, night club and vendors, it’s no wonder the parking lot stays jam packed all weekend. This years’ live music includes The Amish Outlaws, Element K, Live Wire: An AC/DC Tribute and Stead the Sky, The Artimus Pyle Band – The Ultimate Lynyrd Skynyrd Tribute Band, and Element K.

Bikes will be lined up in the Hooper’s parking lot all week-long for the 2015 OC Bikefest, running from September 17th to the 20th. On tap for the weekend are bikes, bikes and more bikes…and of course great food and booze. The parking lot is ideal for housing thousands of bikes and the restaurant is massive enough to accommodate everyone when dinnertime rolls around. Of course, we’re partial to Sneaky Pete’s for some waterfront happy hour action. Don’t forget that the month of September is THE best time to get Maryland blue crabs so take a break from the motorcycle frenzy and dig into some steamed goodness.

There’s always a rowdy bunch at Wild Bill’s during bike week, and that’s a good thing. The party runs from Thursday until Sunday, with specials, live entertainment and more. Located behind the Atlantic Hotel at the Boardwalk and Wicomico Street, Wild Bill’s is the perfect place for the downtown bike crowd to gather. In fact, Wild Bill’s loves Bikefest SO much, it’s the only time of year they are open! That’s some serious dedication. This year’s band schedule includes The Craze, Random Impact, Smokin Gunnz, and Backstage Pass. Be sure to grab a Wild Bill’s and Atlantic Bike Week t-shirt while you’re there.

These downtown dueling dives are separate entities but being that they are on the same block, we figured we would go ahead and lump them into one. Both are beauties in their own right, but for Bike Week, both the Cork Bar and the Pour House will be teeming with bikers. Anticipate a burnout or two out front, along with a host of impressive machinery. Grab a beer or simply stop in for the live entertainment. It may be loud downtown, but hey, its bike week!

Trader Lee’s has been an unofficial bike week hot spot for years, but this year is primed to be a party of epic proportions with the venues recent overhaul to the OC House of Rock.The open space is ideal for pulling up on your bike and joining the masses for a weekend-long party. What to expect? Well, for starters drink specials galore, but also plenty of Rock n’ Roll!

Dead Freddies is well-equipped for Bikefest shenanigans, with a massive parking lot, a large menu selection, fantastic drink specials, and an equally impressive live music lineup. Of course, the sunsets are brag-worthy as well. This year, Great Train Robbery will grace the stage Thursday and Saturday nights at 9pm, along with Big Jack (an AC/DC tribute band) Friday at 9pm. The International Bikini Team Show will be on the scene Friday evening as well. Look to the parking lot for a full selection of  vendors all weekend long.

De Lazy Lizard is getting ready to wrap up their season, but not before they throw down for Delmarva Bike Week. In addition to hosting the Patriot Bash with Thunder Roads Magazine on Saturday night, the Lizard will be featuring the International Bikini Team Show Saturday evening, along with performances by Great Train Robbery and Big Jack. The cocktail menu has our attention, with a serious selection of frozen drinks and inventive concoctions. What’s more, there are plenty of options for the future bikers (a.k.a the kids), with a full playground and kids menu.