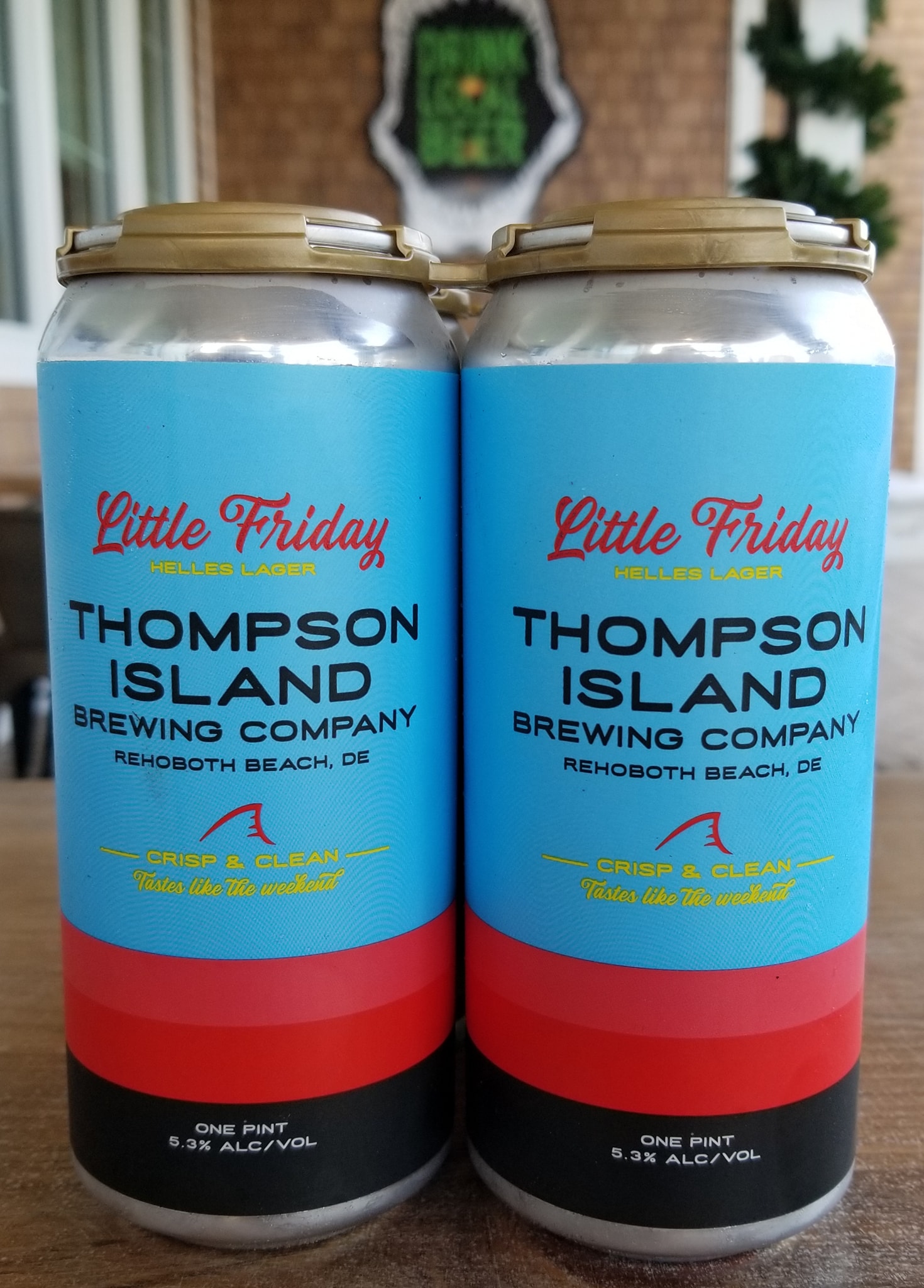 As ShoreBread continues to expand and encompass as much Delmarvalous fun as possible, we’ve decided to feature a new column that will focus upon a few highlights from the past week in fishing. Local fisherman and mastermind behind Fish in OC, Scott Lenox, will regale us with the high points of his fishing adventures each week. Enjoy!

As we head closer to the autumnal equinox, we start to see a real change in the weather pattern in and around Ocean City. Average wind speeds increase in the fall months, yielding more active weather patterns that can really put a damper on local fishing (pun intended). It may seem like we end up talking about the weather more than we are actually talk about fishing, but you can be sure that the fishing isn’t finished by a long shot. Yellowfin tuna are back, and it is certainly worth noting that some of them are really big, so it’s definitely worth picking a nice day and heading out for some Fish in OC! Let’s recap the week of September 14-20:

Monday, September 14: With the wind blowing 20 to 30 knots out of the northwest on Sunday, and with winds continuing to blow from the northwest on Monday, the fishing scene was closed for one more day.

Tuesday, September 15: Captain Steve Selander on the Spring Mix II – with the help of mates Aryton Pryor and Riley McCabe – put anglers Frank and Dan McCarthy on their first ever white marlin releases! Spring Mix II ended the day two for three on white marlin fishing after a great day of fishing the Poor Man’s Canyon.

Wednesday, September 16: What a good day on the ocean! The weather calmed down, which meant the ocean was calm and beautiful. It also meant that the Fish in OC fleet was able to fish both inshore and offshore with tremendous results. Captain Mark Hoos on board the Marli our of Sunset Marina had a fantastic day trolling the Poor Man’s Canyon. Captain Mark and mate Mark Stephens put their crew on two big yellowfin tuna, 82 and 86 pounds, a limit of 60 mahi, and two white marlin releases. Inshore, Captain Monty Hawkins on the Morning Star (our of the Ocean City Fishing Center) had a great day fishing an inshore wreck for flounder.

Thusday, September 17: We were blessed with another great weather day, with light winds and calm sea conditions. The Boss Hogg took advantage and headed to the ‘rock pile’ for trolling and deep dropping. They were rewarded in kind with 27 mahi, 30 tilefish, and 26 big sea bass!

Friday, September 18: The fantastic inshore and offshore fishing continues for the Fish in OC fleet, with the Boss Hogg bringing in 16 tilefish, 26 big sea bass, and a couple of mahi. Also added to the lineup was a 185-pound bigeye! Inshore, Captain John Prather caught seven nice, keeper flounder.

Saturday, September 19: Saturday was ALL about the yellowfin tuna in the Washington Canyon, as several boats took advantage of the nice weather day and chunked butterfish to land some yellowfin. White Lightning and Captain Luke Blume had 11 yellowfin, Moore Bills with Captain Rob Skillman had 8 yellowfin, Spring Mix II with Captain Steve Selander had 2 yellowfin, Captain Dave Black on My Cin had six big yellowfin and Captain Jeremy Blunt and the crew of the Wrecker had 7 yellowfin that totaled 436 pounds!

Sunday, September 20: Captain Mark Hoos on the Marli had the best catch, with 14 yellowfin, some of which were over 70 pounds! Captain Luke Blume on White Lightning had 7 yellowfin and a 151-pound bigeye. Of course, the good fishing on Sunday was slightly hindered by the next week’s forecast, with a week-long blow from the northeast on the horizon. The wind will probably shut down the white marlin fishing for the season, but the tuna could stick around until November. Until next week, tight lines! 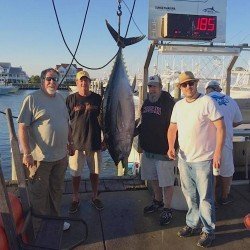 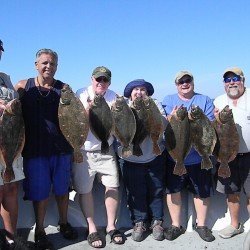 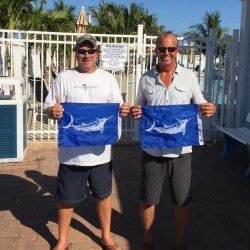 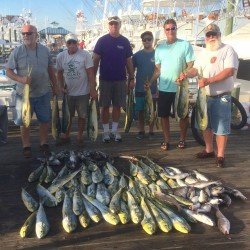 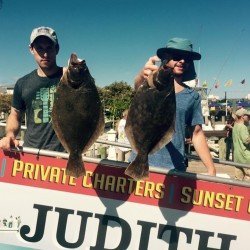 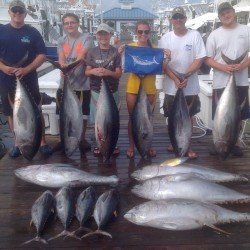 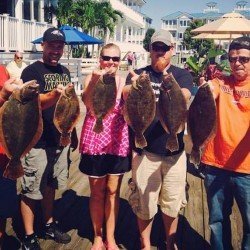 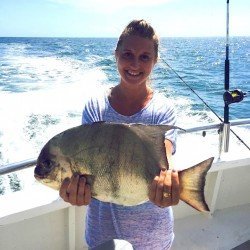 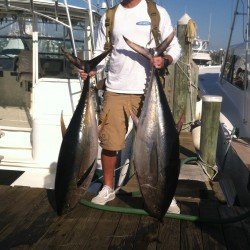 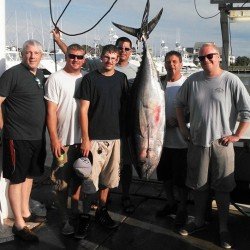