“Big things often have small beginnings.” That’s just one of the sayings that you’ll find in the Love Letters archive, but from where we stand, it could serve as an overarching theme for the local business. Love Letters is owned, operated, and lovingly nurtured by Ocean City local Brandi Mellinger, who decided to take her passion for arts, crafts, fonts and colors and turn it into a viable reality. Big things do often have humble beginnings, which is exactly what we’ve seen as Love Letters has flourished from a hobby to a burgeoning business.

Not familiar with Love Letters? In a nutshell, Love Letters is a local handwriting service, offering creative, handcrafted items for weddings, events, gifts, or even store signage. “If it will hold words, I can write on it,” said Mellinger as we took a tour of her inventory this week. Currently, Mellinger is operating out of her country-cottage-inspired home, with is studded with artful odds and ends, including many of her latest creations from mugs to wall hangings of all shapes and sizes.

“I’ve always been a doodle-er, so I’m constantly drawing on stuff. I love colors and painting,” said Mellinger. “I’m also really into graphic art. I’m a super nerd when it comes to fonts.” Mellinger had spent several years creating artful chalkboard signage during her time in the service industry, often hearing people encourage her to do more with her playful designs. After playing around with a few items and posting them on social media, she soon realized that what she thought was just a hobby, could also be a business. “One thing led to another and it just started to grow, but it really started with the coffee mugs,” she said, explaining that a friend had asked her to create a few mermaid-themed mugs for his girlfriend. Mellinger spent the rest of the summer dedicated to crafting mugs that would last. “I’m such a perfectionist,” she admitted. From there, more mug orders started rolling in, which soon evolved into requests for sayings and themes on reclaimed wood. “Everybody has their own sayings they like to use – so they just make the perfect gifts,” she said. For example, a request to have ‘you’re the icing on my cupcake’ painted on a mug as a gift, or ‘you are the bacon of people.’ The latest hit has been the “I’m engaged bitches” coffee mug that was commissioned and has incidentally caught on like wildfire. “They are so simple, but I just love it.”

Mellinger also loves working with reclaimed wood. “Old palette wood or the stuff that others would usually throw away…I love it.” It also helps that Mellinger’s boyfriend, Steve Shreve, is the owner of Jerk Pony, a custom design company focused on utilizing refurbished products. Naturally, the two find themselves putting their heads together on various projects, with Shreve tasked with building frames, chalkboards, or signage for Mellinger to work her magic on. For example, both of their work can be seen at Urban Nectar in Berlin.

With the holidays approaching (not to mention our personal pledge to only shop local this year) Mellinger is thrilled to start taking on new orders. Contact her at bnmellinger@gmail.com with your gift idea and she’ll start creating, which includes relentlessly scouring the area for the perfect signage, mugs, or boards to work with. Distressing, staining, and painting…all part of the fun for Mellinger.

In addition to crafting unique gifts, Mellinger also strives to create unique wedding and event décor. Pictured below are a few samples of Love Letters signage from an Ocean City wedding. Weddings, baby showers, bridal showers, holiday and birthday parties are also options for an artful twist from Love Letters.

Big things often have small beginnings, and what started as a small dream for Mellinger is fast becoming a big reality. Follow her dream on both Instagram (@love.letters.oc) and Facebook and don’t forget to shop local this holiday season! 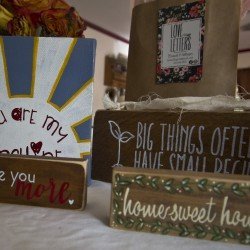 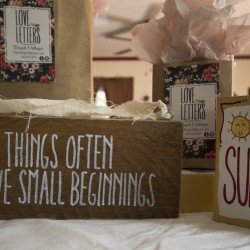 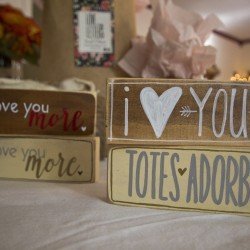 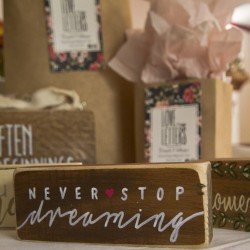 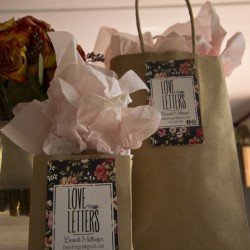 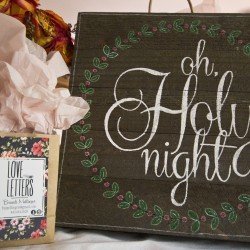 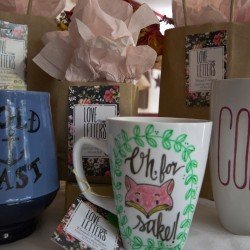 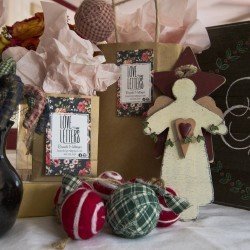 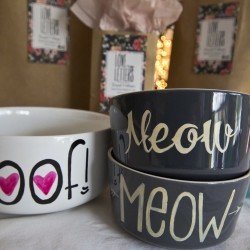 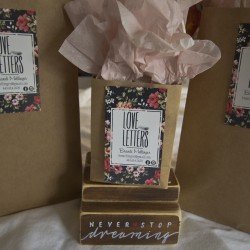 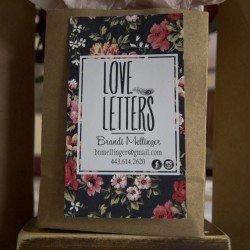 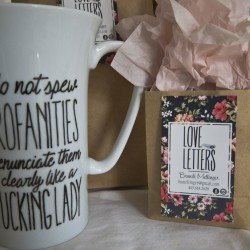 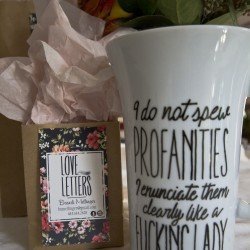 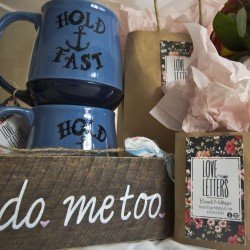 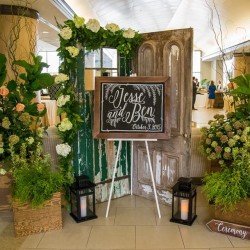 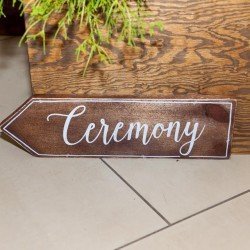 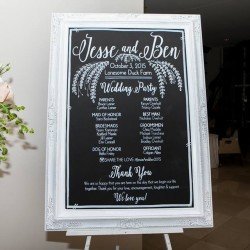 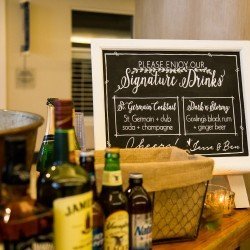